Abe's Policies Are Starting to Have a Positive Impact

It was about this time last year when Abe's policies began to have an impact on investor's expectations for the Japanese economy.  As such, it makes sense to look at some of Japan's macro data to get a feel for  the programs success or failure.  Let's start with a look at GDP: 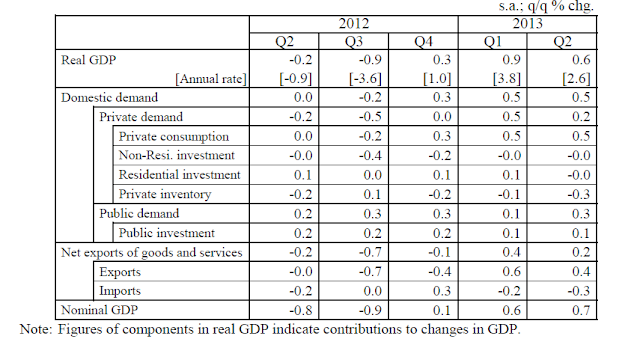 This is where we see the strongest and most positive impact.  In 1Q13 annual GDP printed at a 3.8% rate and in 2Q13 GDP printed at a 2.6% rate.  Private consumption rose .5% in both of those quarters -- which is an incredibly important development for the following reason: deflation is at the root of Japan's problems.  In a deflationary environment, consumers delay purchases as they think that prices tomorrow will be cheaper than prices today.  This obviously slows overall growth, especially in a first world economy where consumer spending accounts for over 70% of the economy. Part of Abe's plan is for the Bank of Japan to double the monetary base in a short period of time, creating inflationary expectations.  The central purpose of this is to get consumers to change their inflationary expectations from deflationary to inflationary.  This means that consumers think prices will increase tomorrow, so they make more purchases today at what they think will be cheaper prices.  The above results indicate that Abe's policies are having the desired impact at the consumer level.

In addition, Abe wanted to devalue the yen on increase exports.  Here's a chart of the yen for the during of the post Great Recession price performance: 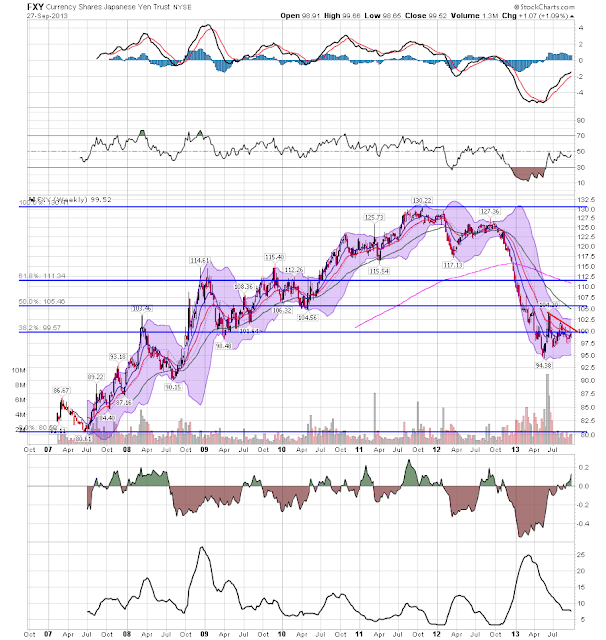 Despite having a very weak economy, the yen rose post recession because investors viewed the currency as a safe haven.  At the same time, this increase in the yen's overall value hurt Japanese exports.  At the end of last year, we see a large decrease in the yen's overall value along with a price consolidation over the last two quarters.  This decrease in value has had a positive impact on Japanese exports: 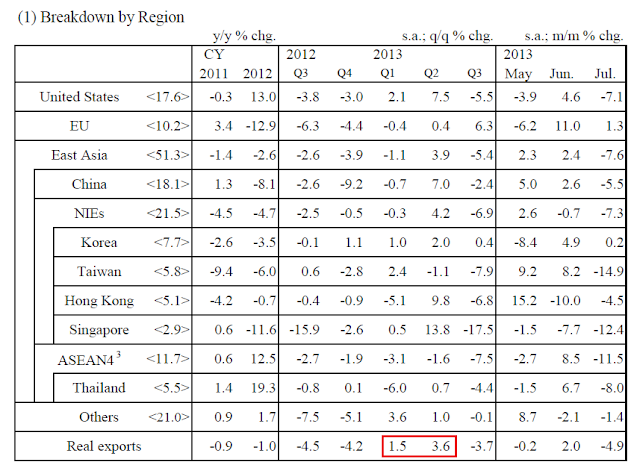 In the first and second quarter we see an increase in real exports of 1.5% and 3.6%.  While the 3 quarter number does show a decrease, it's only one month of data.
Posted by Unknown at 6:12:00 AM