Let's look at some of the data:


The chart above shows that without autos, retail sales increased 1% last month,  In addition, autos sales increased 1.1% -- a strong showing and a very important development.  Consider the following chart: 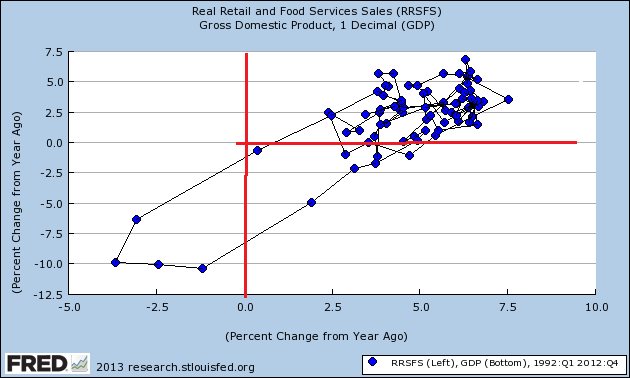 Unfortunately, we only  have about 20 years of real retail sales data.  But of the data we do have, we see a strong correlation. 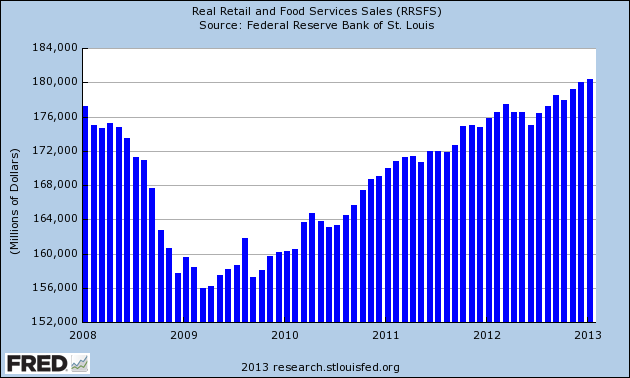 The chart above is simply for total retail sales, which clearly continue to rise.