As China has slowed, so have the surrounding economies.  South Korea presents a good example.

The percentage change from the previous quarter has been slowing down for teh last 8 quarters, with a more pronounced slowdown over the last four.   The big reason for this is the marked slowdown in investment, which has been negative in four of the last 5 quarters.  This would have been five had it not been for a big investment in facilities in 1Q12 -- which is probably a one off figure. 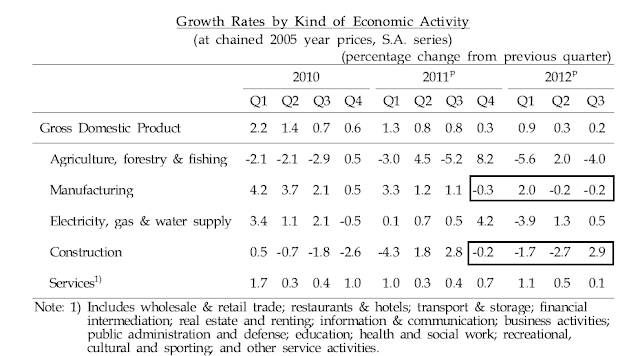 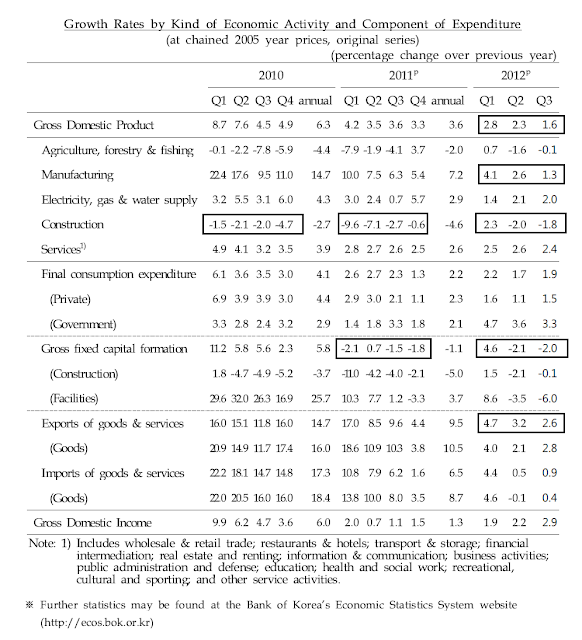 The year over year figures also highlight the slowdown.  First, notice the overall YOY growth rate has slowed in each of the last three quarters, falling from 2.8% in the first quarter to 1.6 in the third.  Second, note the accelerated slowdown in three key areas over the last three quarters: manufacturing, construction and exports.

These are not the kind of growth numbers any central bank wants to see for their economy.
Posted by Unknown at 12:30:00 PM