Why do markets consolidate -- that is, why do markets trade in ranges, or why to ranges narrow, broaden, rise or fall in disciplined ways?  The standard, smart-ass answer is that bulls and bears are more or less evenly matched.  And, that's basically in fact what is happening.  As prices move lower in a consolidation market, a decent number of bullish market participants think the market is getting cheap, so they start to buy, adding to their positions or establishing new ones.  As prices rise, bears step in and sell at various prices, thinking that the market is getting too expensive.  Also of importance is that there isn't enough data to convince all traders to change their position in such a way as to create a bullish or bearish consensus.  Put another way, for every bullish data point, there's a bearish one.

I mention consolidation above because a majority of long-term Asian charts are consolidating.  The big issue here is China.  Although China's growth is slowing down, it is still high.  And there is hope that the EU and US situation will force China to enact some stimulus to meet its growth rate of 10%. 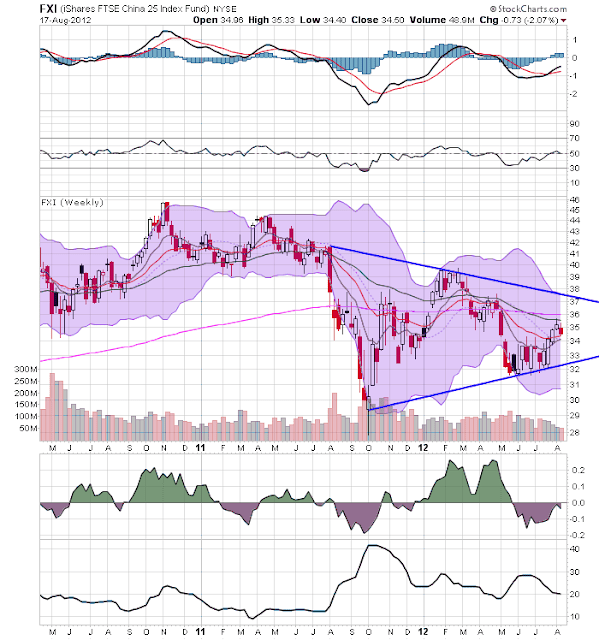 For the last year, the Chinese market has been printing a symmetrical triangle pattern.  Prices first moved between ~42 and ~29, then ~39 and ~32.  Also note that we've also moving around the 200 day EMA.  It's over this same time that China has been printing slower growth, but certainly not recessionary numbers. 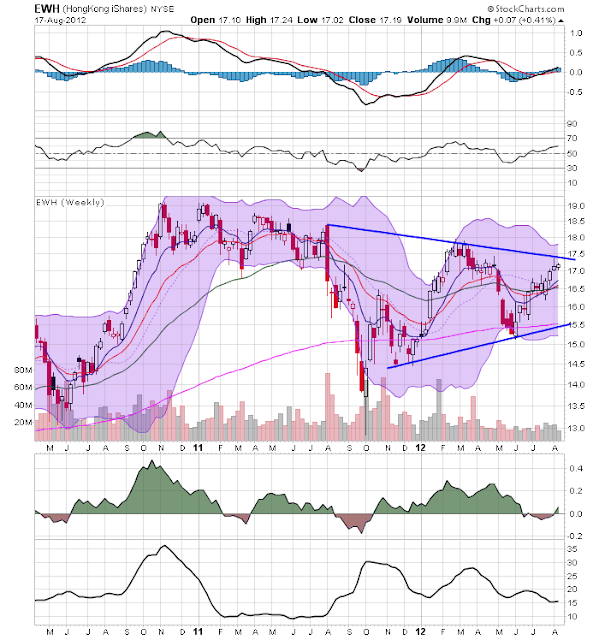 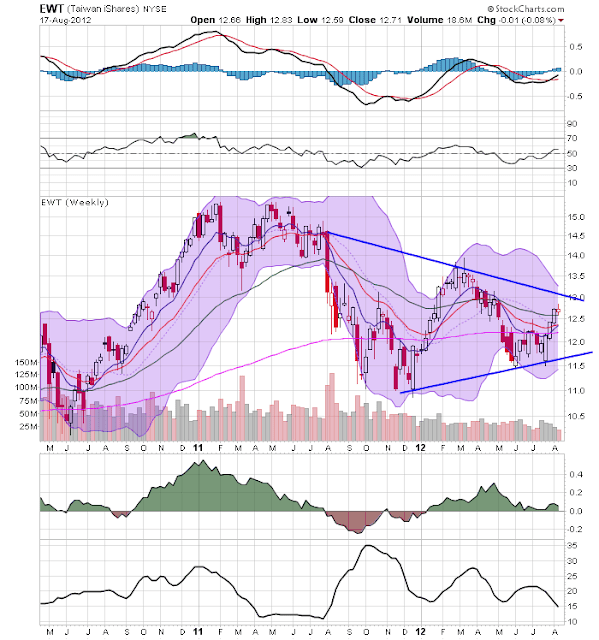 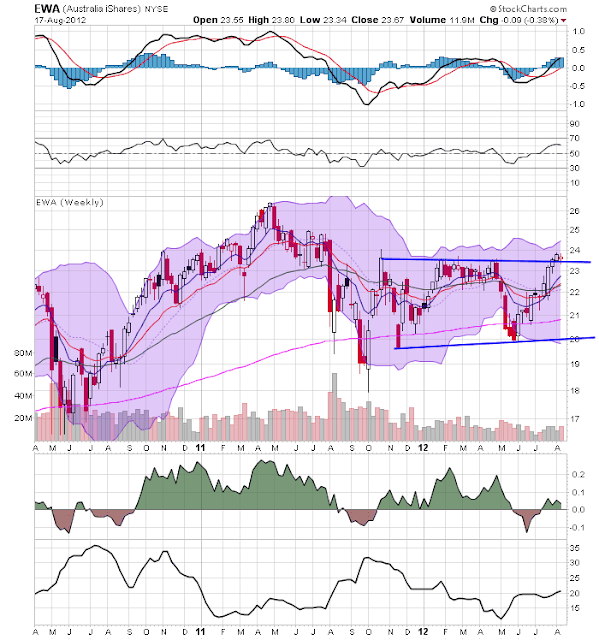 Australia is also consolidating, but is doing so in a a rectangle consolidation pattern.

In effect, the satellite markets are waiting for the big market to make a move one way or the other.