Can the US Markets Continue Rallying With the Weekly BRiC Charts Showing Weakness? 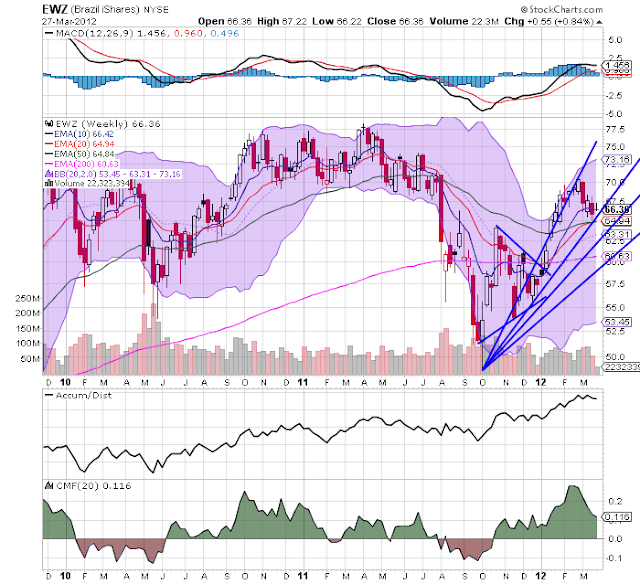 The weekly Brazilan chart shows a market in the middle of a correction.  After rallying to the 70 price level, prices have retreated to eh 65 price level, which is right above the 50 day EMA and Fibonacci fan arc.  However, the underlying technicals are still bullish -- the MACD is still rising and the volume indicators show money flowing into the market.  A move through the first Fibonacci fan and th e50 day price level would make the second price fan the most likely price target 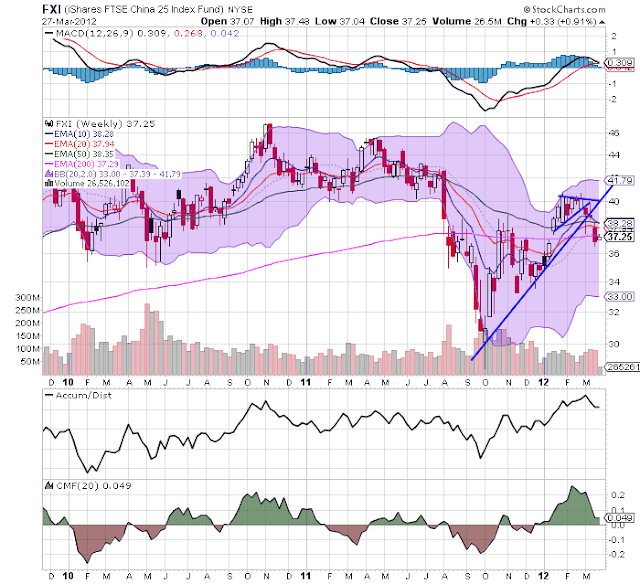 The Chinese market has broken the upward sloping trendline and is now through the 200 week EMA.  However, we also see decent underlying technicals on this market as well. 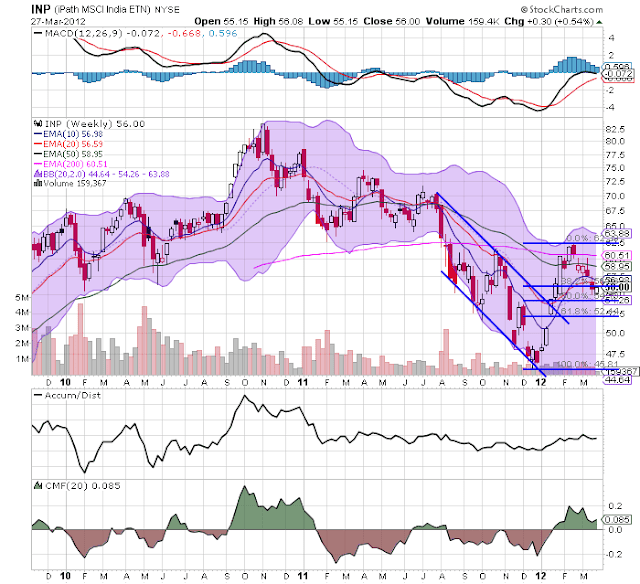 The Indian market has rallied to just above the 200 week EMA, around the 62 price level, but has now moved to the 55. 7 level, or the 61.8% Fib level.  But again, we see strong underlying technicals. 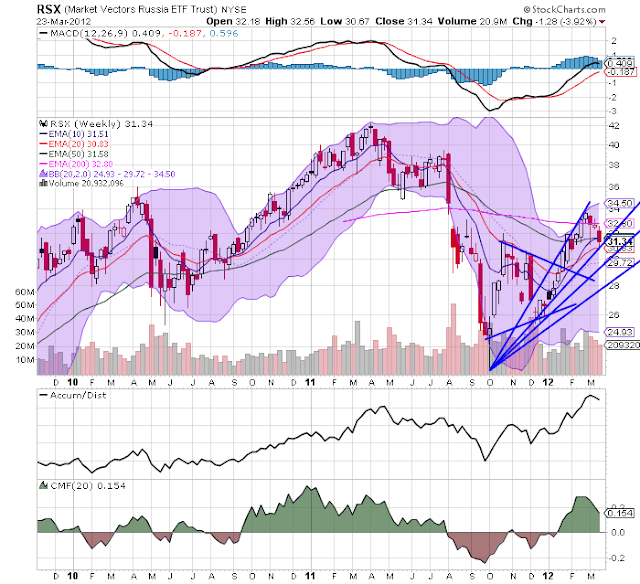 What's important about all of the developing markets is they are all in retreat to some degree.  While the retreat is not an all around massive sell-off just yet, it does indicate concern on the part of traders regarding the growth prospects for the developing world.  In addition, the Chinese chart should be of considerable concern, as it has dropped below the 200 week EMA and has broken an important, medium term trend line.
Posted by Unknown at 10:00:00 AM