This posting is part of the Bonddad Economic History Project 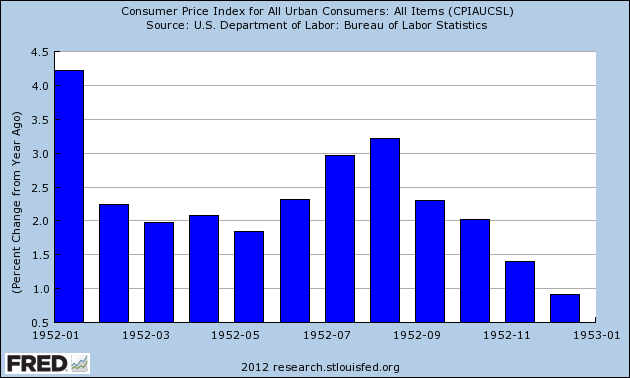 CPI was quite moderate.  The YOY percentage change started at 4% and slowly decreased throughout the year to a little under 1%.  Now, this type of deceleration can also be a sign of a potential recession on the horizon, which did start in the 3Q of 1953. 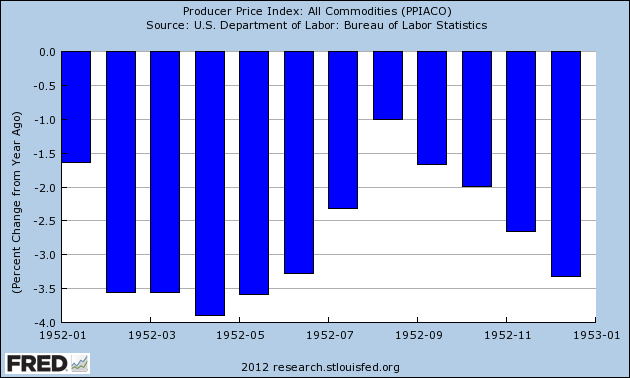 The YOY percentage change in PPI was negative for the entire year, indicating the input prices were dropping. 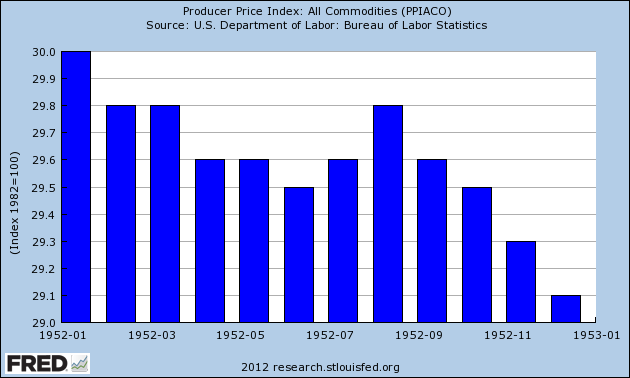 The above charts shows the absolute PPI level for the year, which shows the drop more completely. 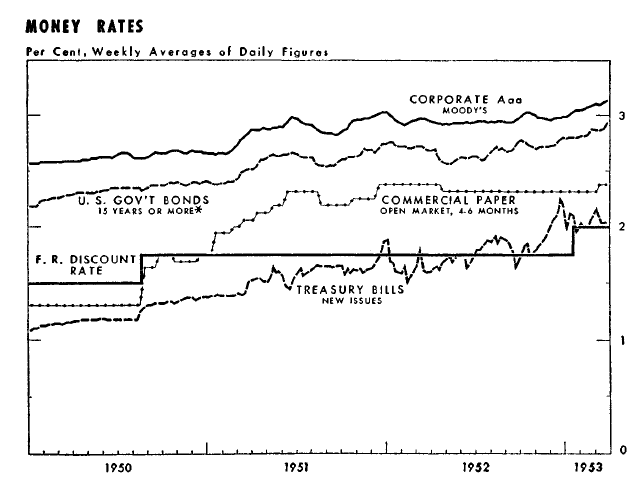 As a result of the stable inflation picture, we see that the Fed did not raise rates in 1952. We also see that interest rates were fairly steady, with the exception of the continued upward movement of Treasury Bills, which jumped higher at the end of the year.  The Fed explained the increased as an increased demand for loans at the end of the year. 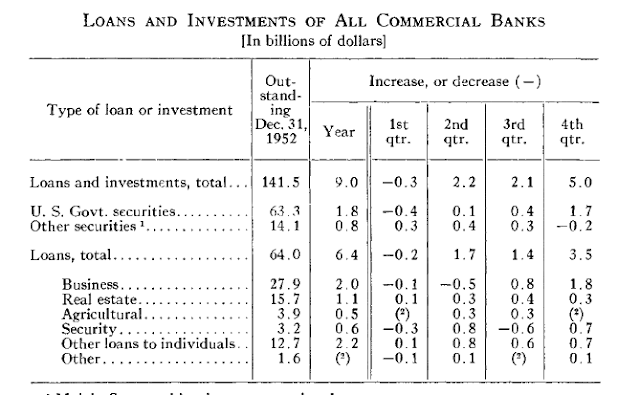 The above table shows the increase in various types of loans over the year.  Note the slow pace at the beginning of the year, while we see a big bump in the 4th quarter.  We see two reasons for the increase.  Business loans increased, with almost all of the increase coming in the fourth quarter.  In addition, "other loans to individuals" increased by $2.2 billion , but this increase came from a strong growth in the second, third and fourth quarters (for more on the increase in consumer credit, see the 1952; PCE post). 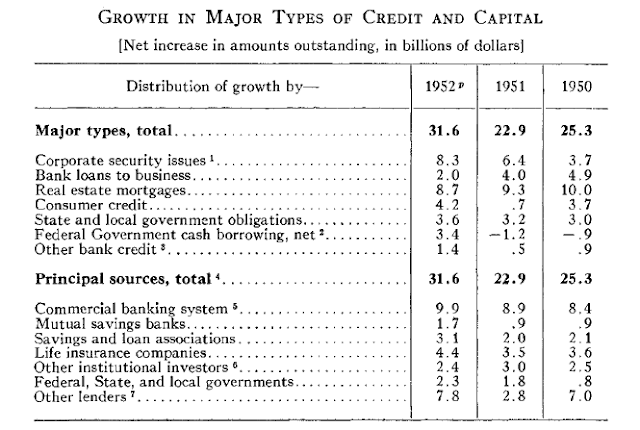 The above tables shows that corporate security issues rose strongly in 1952, and competed for commercially available capital.  The increase in 4th quarter lending was probably partially caused by an inability to complete an offering prior the end of the year.  Again, note the large increase in consumer credit.

In short, what we see here is a fairly stable financial system.