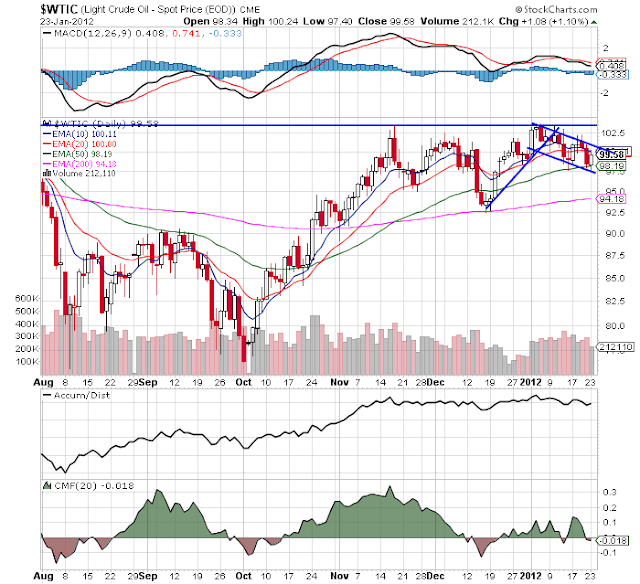 Today, I wanted to start with oil, which is still contained by it's mid-November high.  Since the beginning of the year, it has been in a slightly downward sloping channel, but it's overall range has been about 6 points -- hardly a violent series of price swings. 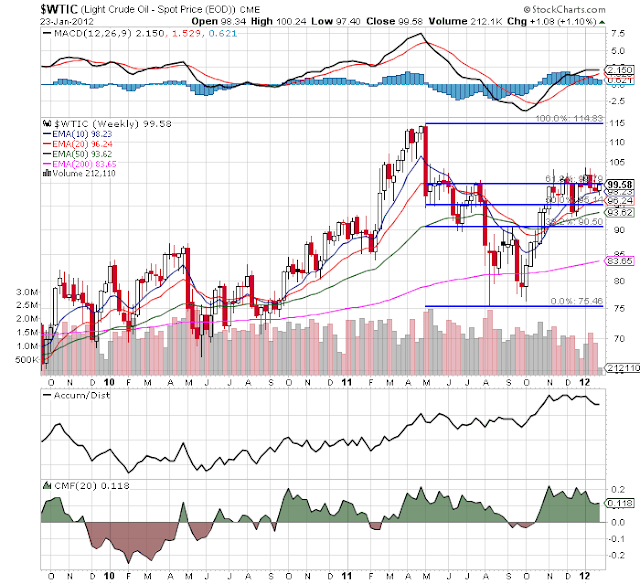 However, above the 105 prices level, there is a ton of room to run. In addition, after consolidating after a mid-year sell-off, the Brazilian real has broken out of its consolidation range and rallied fairly strongly over the last few weeks. 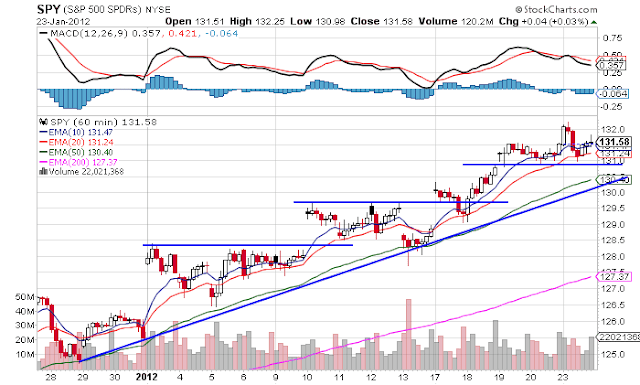 The 60 minutes SPY chart really shows the price action in it's most important manner.  Prices are slowly moving higher, but consolidating as they go.  From a day trading perspective, this is an incredibly difficult market to make money in. 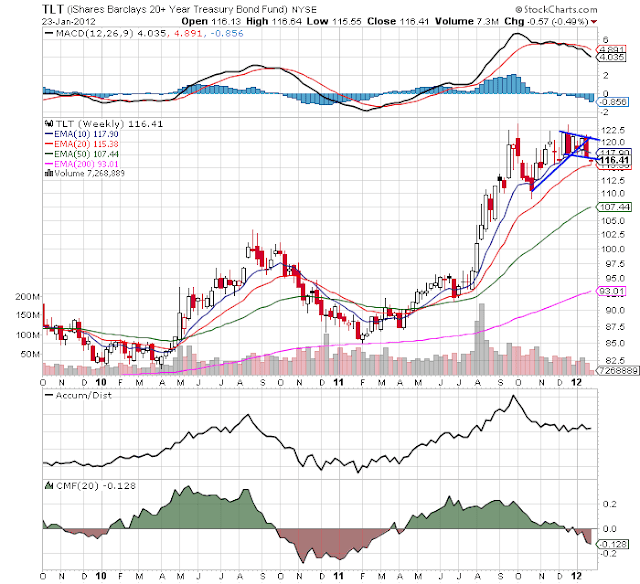 The weekly treasury chart shows the important price action in the most detail.  Prices hit resistance in the 120/122.5 area.  However, money is starting to flow out of the market (declining A/D and CMF) and momentum is turning against traders (declining MACD).  Prices have support of the 20 day EMA, but below that, prices would have to fall a few points to find decent support. 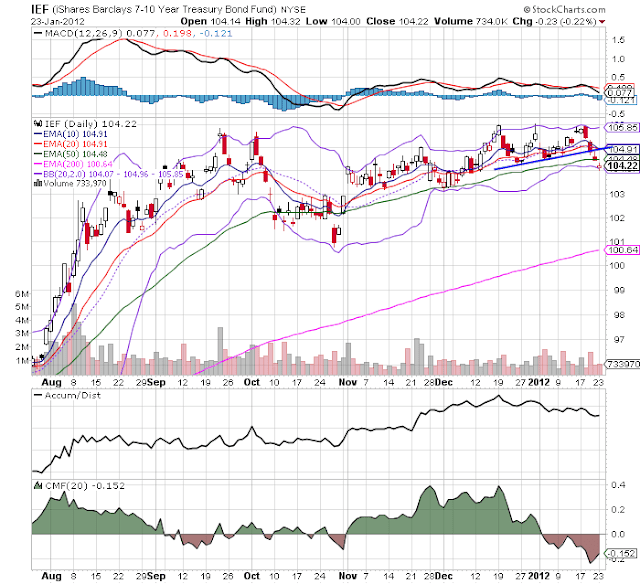 The weekly chart for the IEFs shows the same thing for the belly of the market.

In short, things appear to be moving the bulls way.  Equities are rising and treasuries are falling.