I'm including information on the 1950 and 1951 federal budget situation in this post, and will continue to look at federal expenditures and receipts from this point going forward as part of the Bonddad Economic History Project.

This is interesting.  First, here is the chart of federal receipts and expenditures from the BEA: 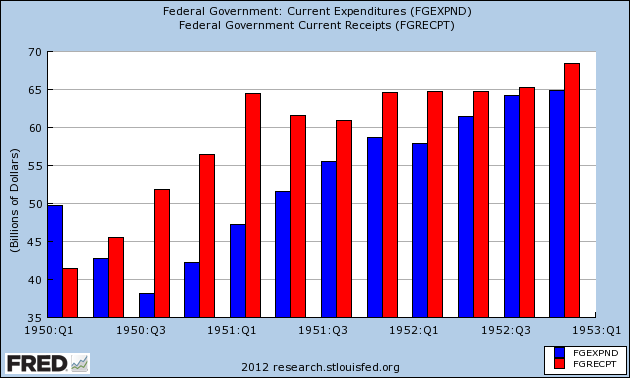 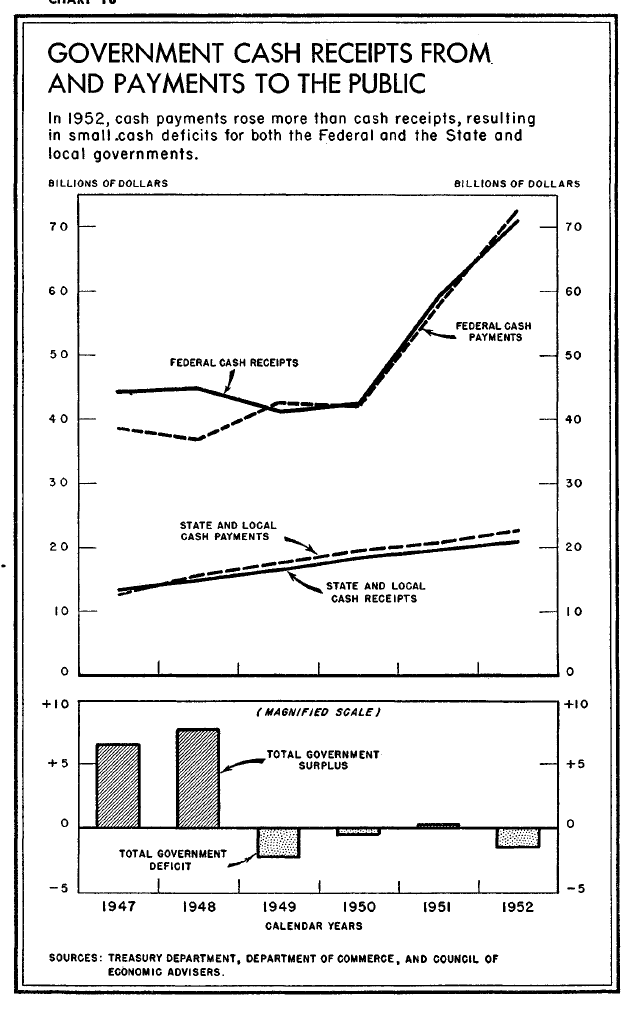 So -- why the difference.  My guess is the BEAs data is the result of a far more complete data set being available for the measurement.

Here's a graphical picture of the above chart: 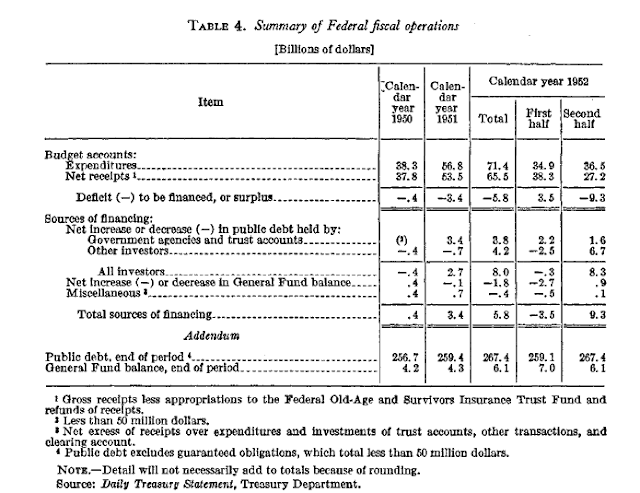 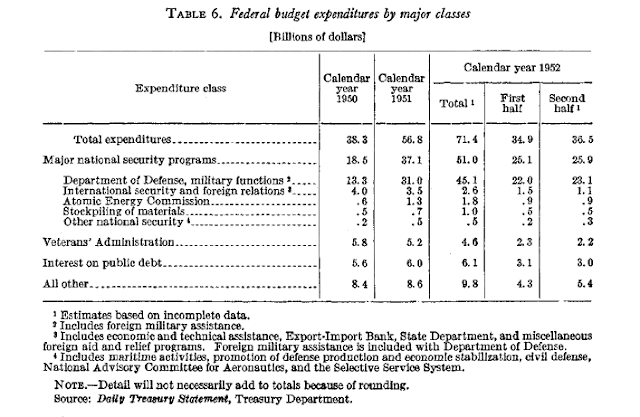 The above table shows that the vast majority of the federal governments expenditures went for wars time spending, as defense spending accounted for 71% all federal spending.  Here's a graph of the data: 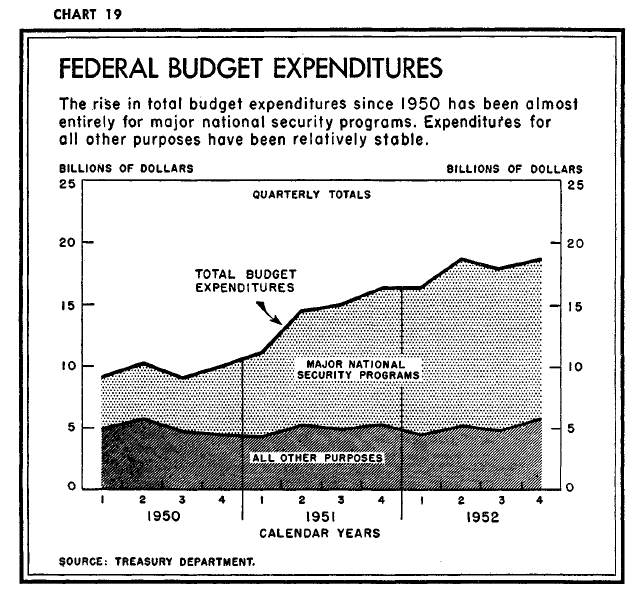 The above chart places the Korean War expenditures in graphical form, shows the extreme amount of distortion caused by the war spending.
Posted by Unknown at 1:30:00 PM