Where Are We Creating Jobs? Pt. I

From the low point in job creation during this cycle, the economy has created about 2 million jobs.  The question becomes -- where are these jobs being created?  Let's take a look. 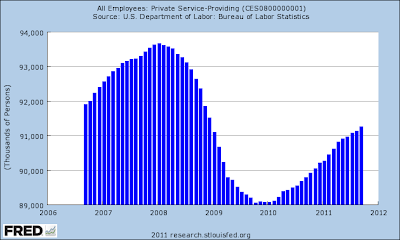 Above is a chart of total service employees.  From the highest to lowest point, we've lost about 4.6 million jobs.  However, we've also gained about 2.1 million from the low point in October 2010 to the latest employment report. 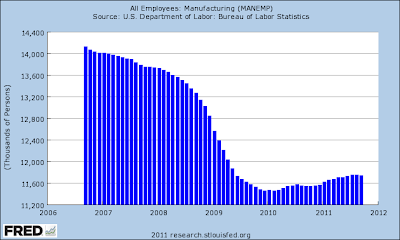 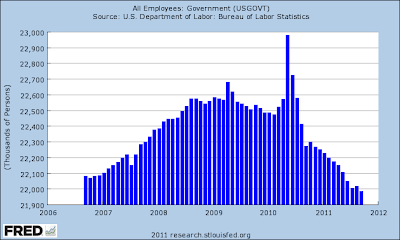 Finally, we have total government jobs, where we see a slow, continual bleed.  Eliminating the two spikes in the chart, we've lost 597,000 jobs in the government sector over the last five years.

In other words, the service sector is a prime driver of the current jobs market.  Next, we'll break the service numbers down into their subparts.