Real disposable income increased 0.4 percent in January, compared with an increase of 0.1 percent in December. 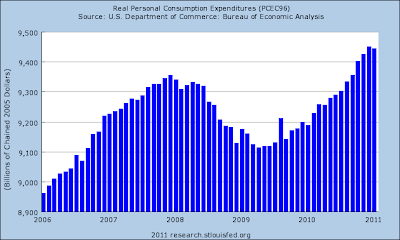 While PCEs dropped, notice the overall trend is still higher. In addition, PCEs are now higher than their pre-recession level. 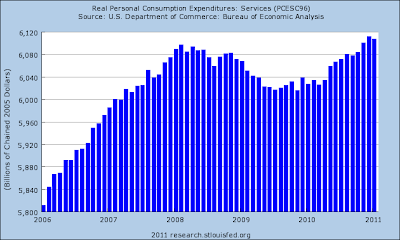 Services account for the largest percentage of PCEs (roughly 65%). This category of expenditures dropped slightly last month. However, like overall PCEs, notice the overall trend is still higher and this category is now higher than pre-recession levels. 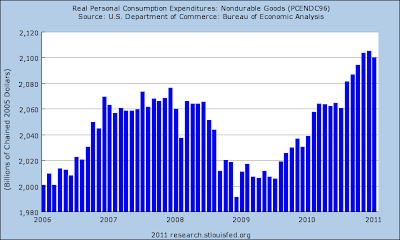 Expenditures on non-durable goods (about 22% of PCEs) also decreased last month. However, these expenditures are also at levels above those of the last expansion. 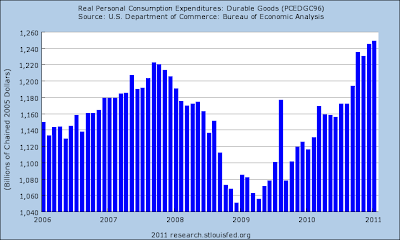 Durable goods purchases are also above pre-recession levels. More importantly they rose last month thanks to an increase in auto purchases.

Last months decrease was probably a simple cooling off period after a strong holiday season. The increase in personal income -- caused by the tax cut passed last year -- and the high personal savings rate (currently at 5.8% of disposible income) should provide enough fuel for consumer spending going forward.
Posted by Unknown at 8:30:00 AM