The Great Myth About the Death of US Manafacturing

We don't make things in the US is a common refrain in the blogsphere -- as is the idea that US manufacturing is dead. However, nothing could be farther from the truth. Let's take a look at the data. 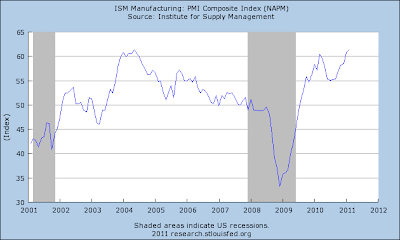 Above is a chart of the ISM's manufacturing index. Notice it recently printed the highest number in ten years, indicating manufacturing is growing at strong rates. In fact, manufacturing was one of the economic sectors that pulled the U.S. out of the last recession. 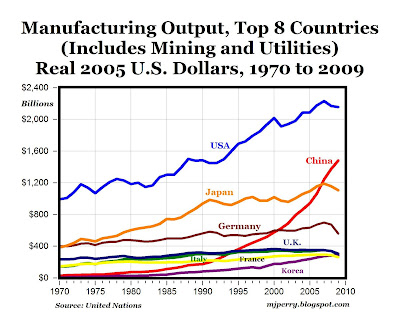 So -- we still make plenty of things here in the U.S., indicating that the "death of US manufacturing" theme is 100% wrong.

The real issue is manufacturing employment, which has dramatically dropped: 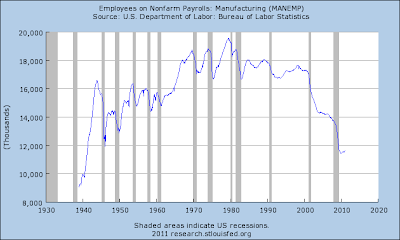 Notice we're now at levels not seen since right after WWII. The real reason for this is a continued increase in productivity, as measured by output per worker: 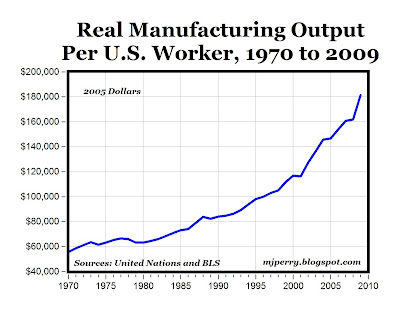