A Closer Look at M1

This week, I'm going to take a closer look at money supply, starting with M1, which is:

A category of the money supply that includes all physical money such as coins and currency; it also includes demand deposits, which are checking accounts, and Negotiable Order of Withdrawal (NOW) Accounts.

Physical currency is used in everyday transactions; it's what we use when we buy anything at a retailer. Notice it includes physical coin (which is on its way out) and checking accounts (which are directly accessed more and more as consumers use debit cards/electronic transfers on a far more regular basis). 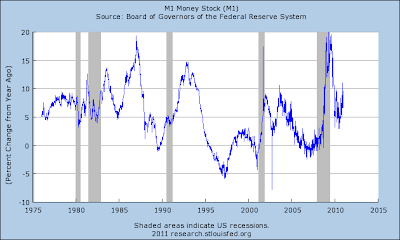 There was a tremendous spike in M1 on a YOY basis at the end of the last recession. However, notice that things have definitely calmed down since then and we are now well within the traditional YOY rate of change. 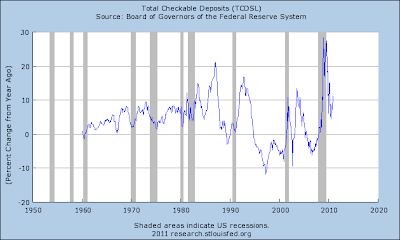 Breaking M1 down into its two primary components, check deposits experienced a large spike, but are now within normal parameters, as is 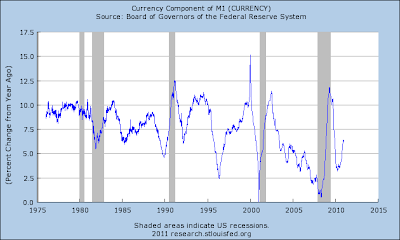 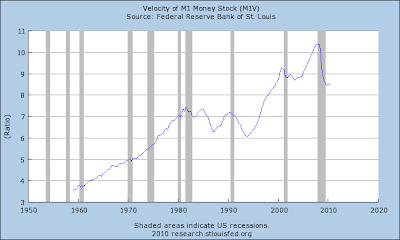 Finally, we have velocity, which shows that M1 is clearly shows that money is moving through the economy at a solid rate.

In short, M1 appears to be in line with an expansion. In addition, aside from the spike at the end of the recession, there does not appear to be a reason to be concerned about an inflationary expansion of the M1 money supply.
Posted by Unknown at 2:30:00 PM