New Jobless Claims and the Unemployment Rate continued (I)

On Friday I noted that adjusting first time jobless claims by population gives you the "initial jobless claims rate," which has tracked very closely over the last half century with the unemployment rate, with very few exceptions - one of which is now.

Surprising relationships like this are powerful motivation to the data nerd in me, so over the weekend (while I wasn't going to holiday parties), I took a further look. This is the first follow up post on what I found.

The following graphs come from a terrific site called Thumbcharts. The title of the graph is "Jobless Claims lead the Unemployment Rate." The methodology is explained as follows:

This chart shows the annual rate of change for initial jobless claims and the unemployment rate. Each series is modified with a six-month moving average and is compared using standard deviation.

Here is the resultant graph: 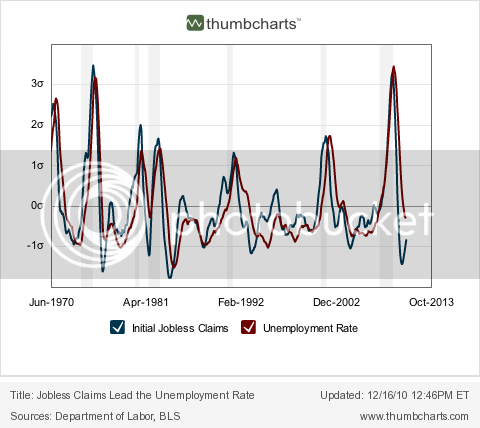 The graph is interactive, so it allows you to zoom in on particular periods. So I chose those where the unemployment rate did not decline as much as the change in initial jobless claims. The software also displays the actual data for one month when you place your cursor over that month, but it doesn't reproduce, so I am noting it in my comments to each graph. 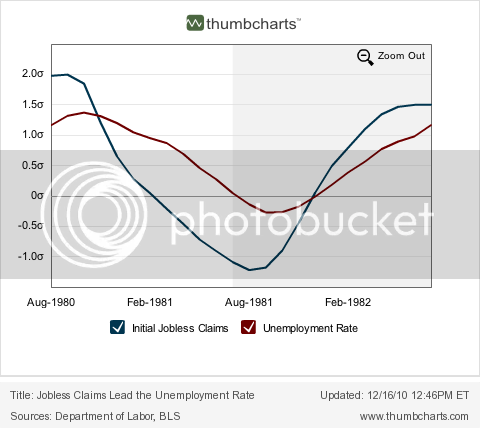 Initial Jobless claims were down 10%+ YoY by May 1981. The YoY low in the change in the unemployment rate (i.e., a percentage change in a percent) was -1.2% in September 1981.
Here is the 1991 recession and "jobless recovery" thereafter: 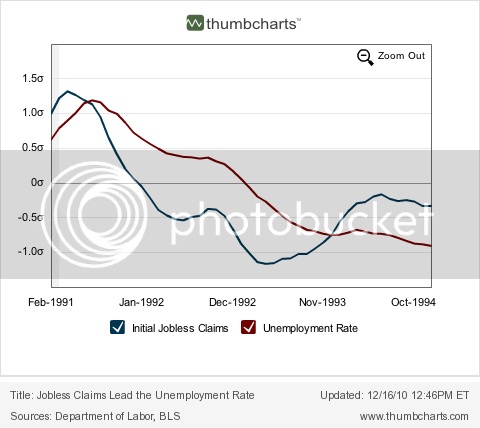 Here is the 2001 recession and "jobless recovery" thereafter: 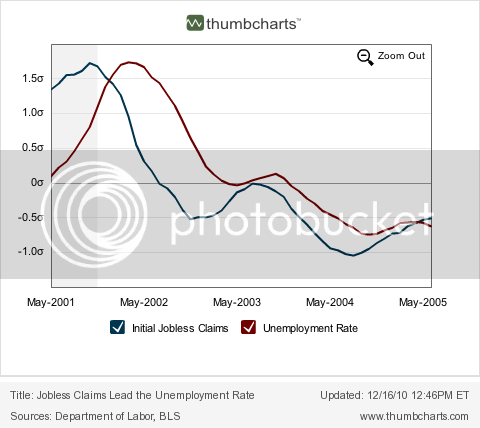 And here is the Great Recession and current recovery: 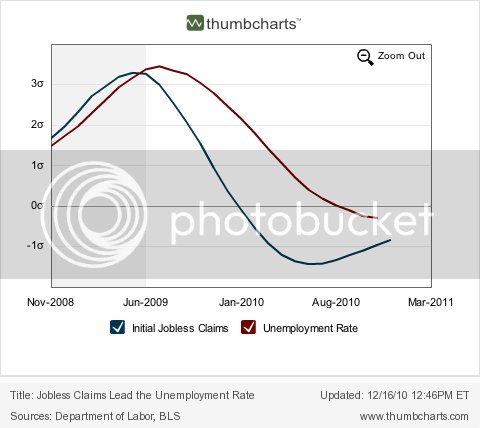 Initial Jobless claims have been down 10%+ by March 2010, and 20%+ since April. The Unemployment Rate is only down -1.5% in November 2010. As with the metric I posted Friday, presently this is by far the weakest decline in the unemployment rate compared with initial jobless claims in the entire series.

The two data series' past relationship argues that if initial jobless claims continue to drift lower to 400,000 over the next 6-8 months, by that time unemployment is likely to be under 9%. To repeat the 1980-82 scenario, there would have to be a shock (like a large further increase in the price of Oil, or another Euro crisis, or similar), sending initial claims higher, in order to negative the decline in the employment rate. 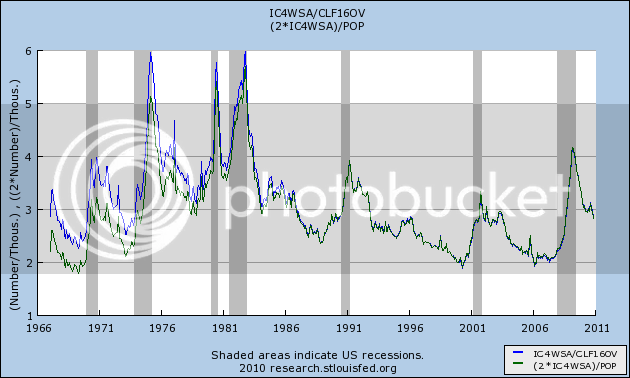 As you can see, they are virtually identical since 1980. This reflects the gradual entry of women into the workforce.

In this graph I add in the unemployment rate (red): 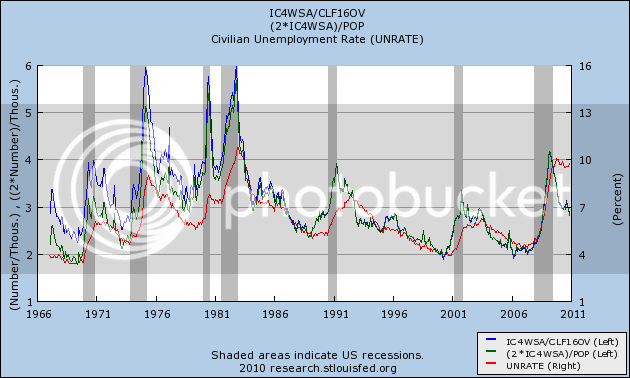 The relationship tracks more closely via my original metric.

The data series start in the 1960's, so unfortunately I cannot take the comparison back further.

I have much more to say about this, hopefully tomorrow.
Posted by New Deal democrat at 8:30:00 AM