Back to the Future: A Comparative Look at Two Recoveries Part I

First, let's get employment out of the way. Payroll growth has frankly stunk so far in this recovery and we can get a good look at how bad it has stunk when we compare it to the recovery from the 1982 recession (also keep this graph in mind as you read the rest of the post). 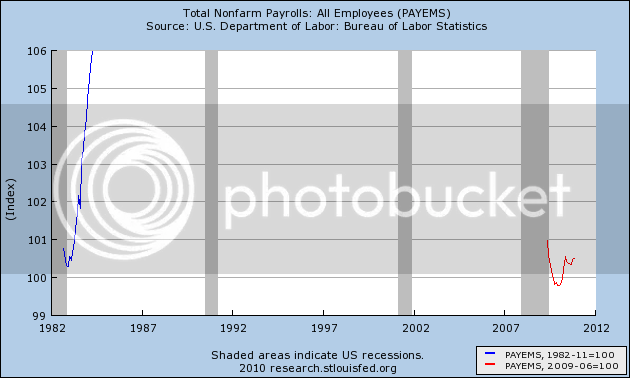 But why are we lagging, well productivity isn't helping us out this time (ie the gains in productivity are greatly offsetting demand for more labor): 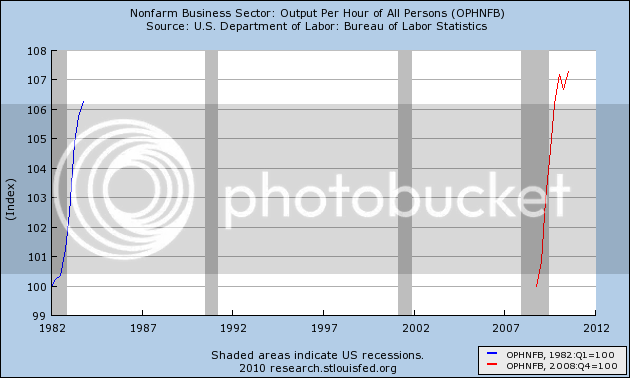 And we need significantly fewer jobs per retail dollar (not a direct comparison with the 80's, but the trend is very evident): 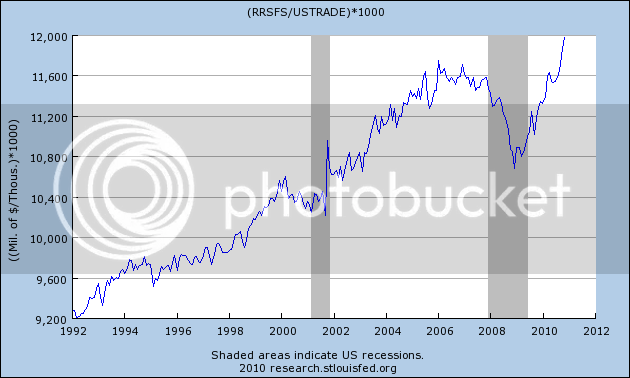 Plus, our productivity gains in manufacturing show that it takes far fewer jobs per point of industrial production that it did back in the 80s (although the trend there was down as well): 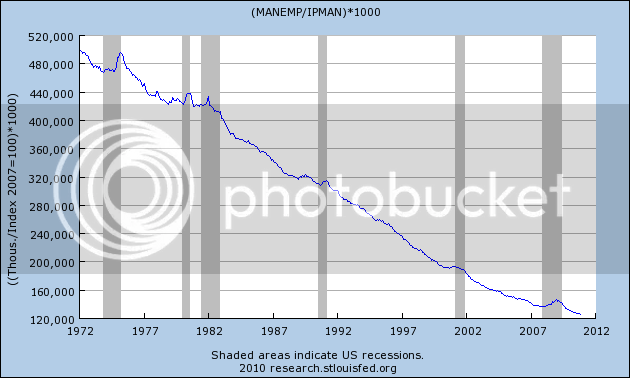 In other words, we simply need less labor input for a greater level of production than we have in the past and this productivity growth is increasing at a rate that is greater than the growth rate in demand required to actually create new jobs (or at least at a rate that is not fast enough to absorb the losses from the recent recession at a pace that is desirous). The question we must ask is at what point do these productivity gains slow down enough to allow for significant job creation or have we reached a point where the productivity gains will continue to grow at a point that retards job growth a limits our ability to have a robust jobs recovery.