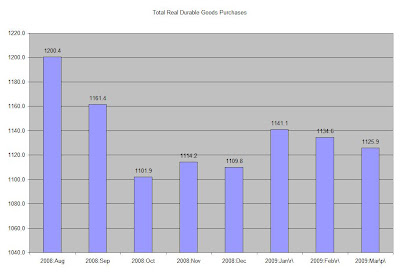 For me, one of the biggest surprises of the GDP report was the increase in personal consumption expenditures -- especially the jump in durable goods purchases. The above chart places that move in perspective. There was a big increase in January which was followed by two months of decreases. In addition, we're still below the September/October level. In other words, the jump was from a low level. 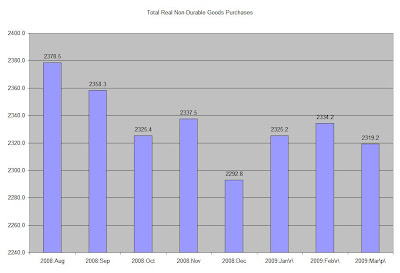 Consumer spending on non-durable goods increased in January and February but decrease in March. However, note again that overall spending is at lower levels relative to September and October. 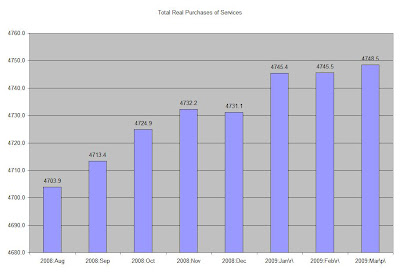 Consumer spending on services increased at the beginning of this year, but note the scale on the far left -- this is hardly a big jump. 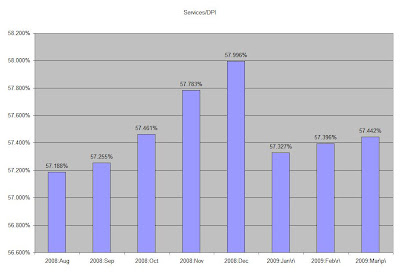 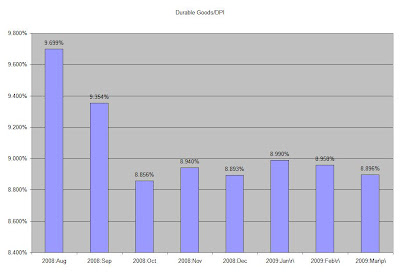 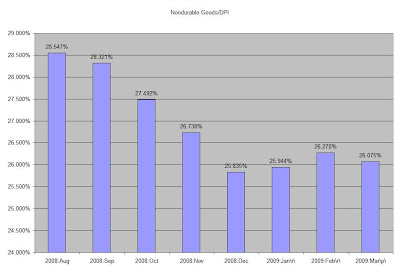