Let's break this information down over a few posts. Click on all images for a larger image: 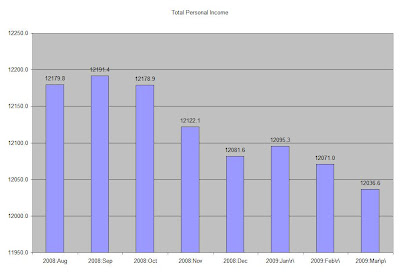 Total personal income -- which is a macro level statistic -- has been decreasing since October. 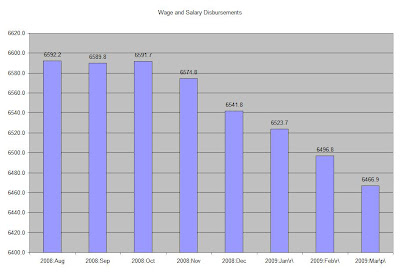 A big reason why is a decrease in wage and salary disbursements. 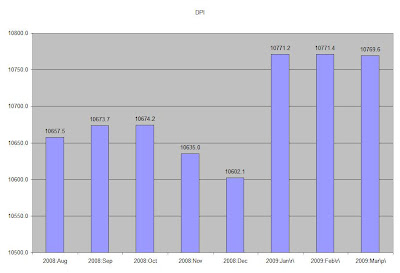 Yet, disposable personal income increased in January, February and March giving the US consumer more to spend. Why? 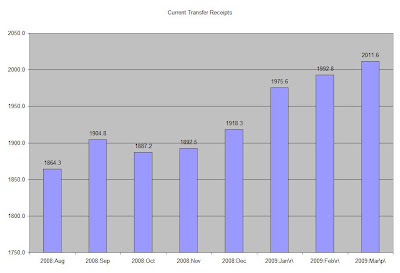 First there was an increase in transfer payments. 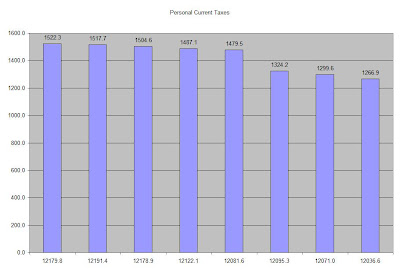 Secondly, there was a decrease in personal current taxes.
Posted by Unknown at 9:30:00 AM