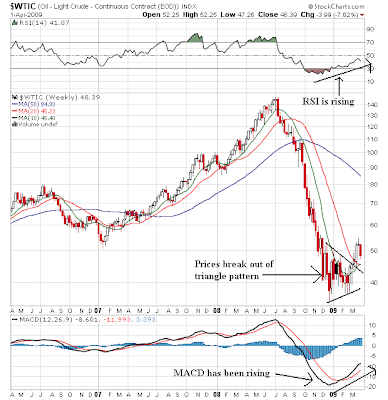 Notice the following on the weekly chart:

-- The MACD is rising and has given a buy signal

-- The RSI is rising 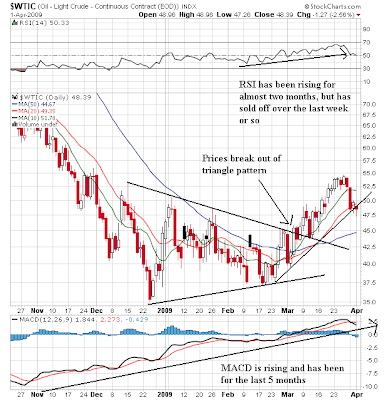 The chart above shows a much clearer version of the triangle consolidation that occurred over the last few months along with the price break out. Also not the MACD has been rising for the last 5 months -- although it just gave a sell signal. The RSI has also been rising but has been dropping as well. Prices have fallen to the 20 day SMA which is providing technical support right now.

The fundamental picture for oil became incredibly cloudy with the GM situation. A GM bankruptcy -- even a controlled one -- would be a big problem for the economy as a whole and oil demand in particular. Until that situation is resolved resolved in a satisfactory manner I think the oil market will come under pressure.
Posted by Unknown at 6:43:00 AM