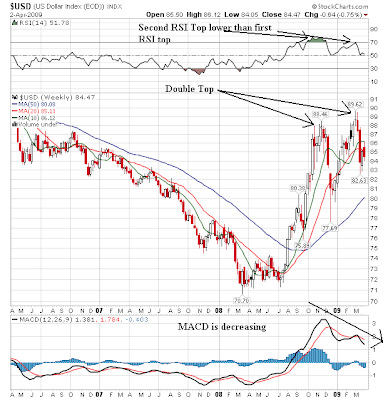 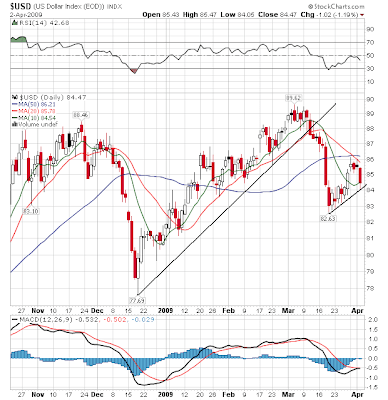 On the daily chart:

-- The RSI is weakening