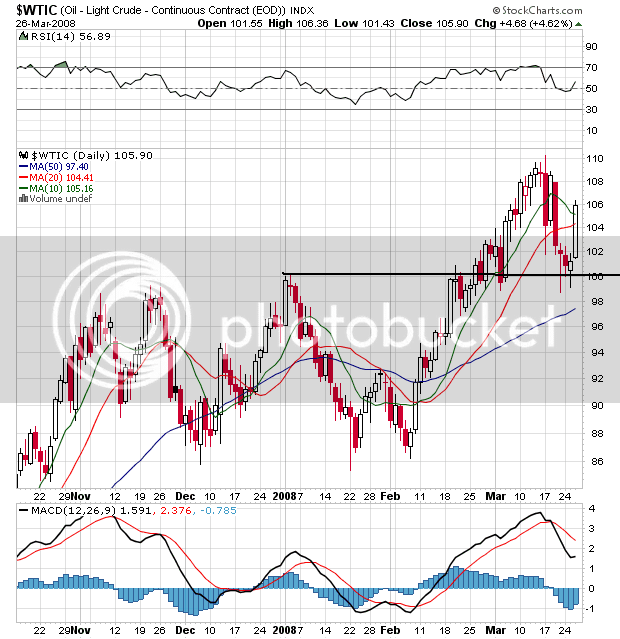 -- Prices retreated to the previously established support around 100

-- This price is also very close to the 38% Fibonacci retracement level for the early February/mid-March rally.

-- Yesterday the price moved through the 10 and 20 day SMA

-- The shorter SMAs are still above the longer SMAs

rude oil rose to its highest in more than a week after a pipeline explosion in southern Iraq, threatening to reduce exports.

The pipeline was on fire and the disruption will likely cut shipments to the Basra export terminal, an Iraqi official said. Iraq, holder of the world's third-largest crude reserves, ships most of the 2.32 million barrels it pumps each day from Basra.

``A setback like this and the militia activity in the last two days makes hopes for long-term peace and supply look fragile,'' said Robert Laughlin, a senior broker at MF Global Ltd. in London. ``We'd only just got used to Iraq supply becoming more reliable.''