*Actual cases probably more like 14 million, or over 4% of the US population

Today let’s take a look at the most recent upsurge in COVID not just in the US, but in the entire West.

Here is the 7 day average of new cases per capita in the US, Canada, and the 5 most populous countries in Europe: 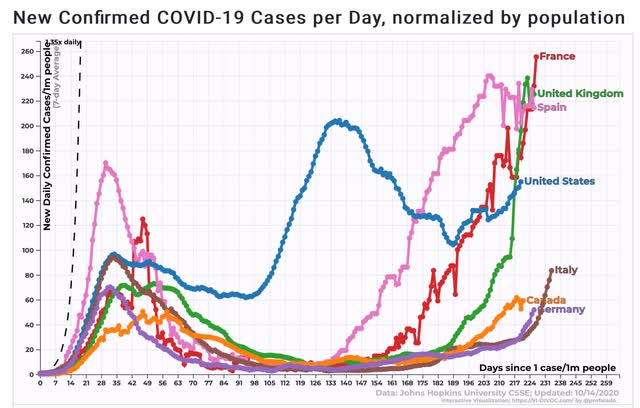 Every single country, even Germany, is experiencing an upsurge. France, Spain, and the UK are having an even worse outbreak than the US.
Here are deaths per capita. Note that this graph only shows the past 12 weeks. Early on the US, UK, Spain and Italy all had daily deaths on the order of 14 to 18 per capita, dwarfing everything since: 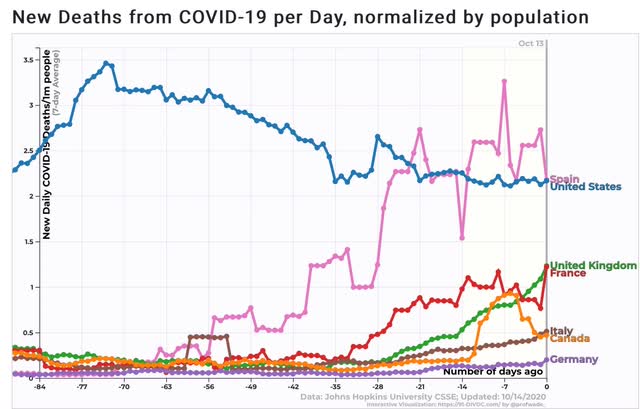 We know that these will follow new cases with a 2 to 4 week lag. Spain already exceeds the US. France and the UK are following behind.
All things considered, Canada and Germany are still doing quite well. But the increase in cases there certainly points to how hard it is to keep this virus contained.
Within the US, here is the spaghetti chart of cases in all 50 States plus DC and the territories: 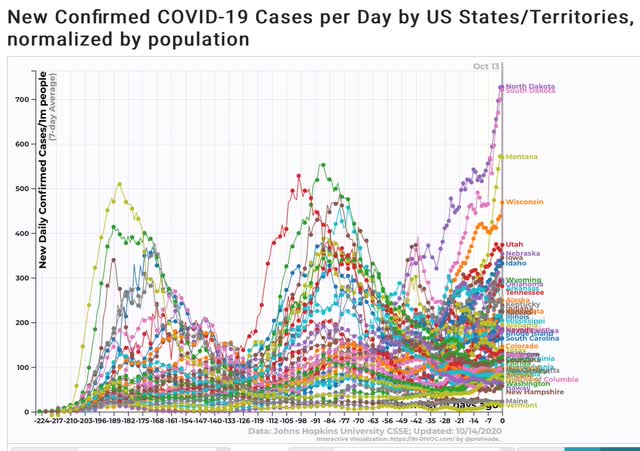 Note that the Dakotas and Montana now have worse outbreaks than even NY did in April.
Here are deaths: 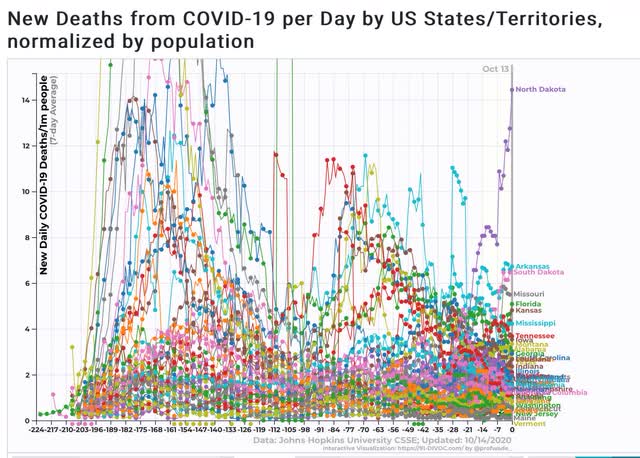 In April, NY had deaths of about 50 per capita every day, so even North Dakota, at 14 per day, while the worst since then - even surpassing Arizona’s summer spike - is nowhere near that bad - yet.
Here are the bottom 10 jurisdictions for infections: 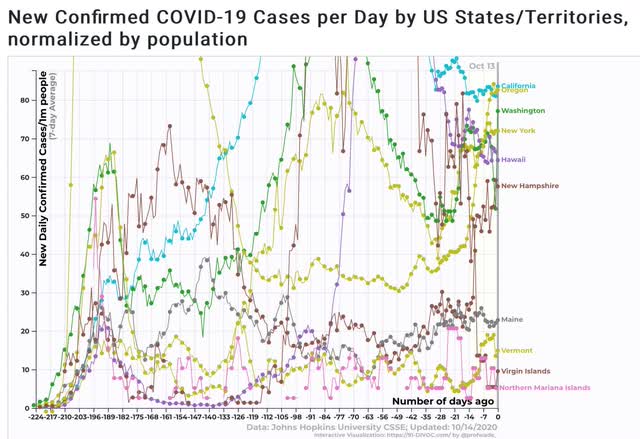 Only Maine and Vermont among the 50 States still have the pandemic controlled.
Finally, here are the bottom 10 for deaths: 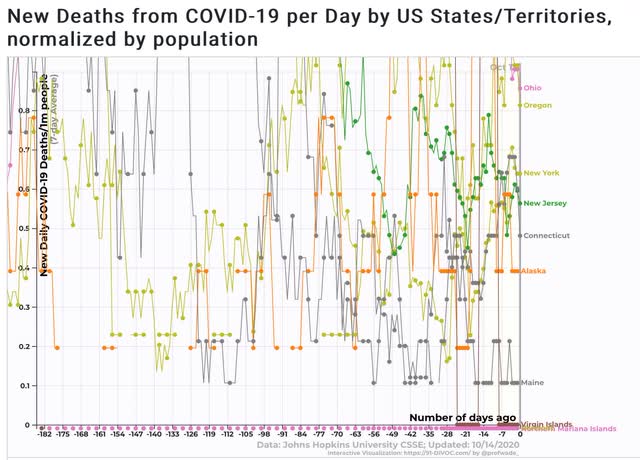 Again, only Maine and Vermont have still fully contained the virus.
And winter is coming.