I continue to expect the pandemic to wax and wane in relative terms at least until next January 20, as the public reaction in various States varies between panic and complacency.

Let’s start by comparing the rates of cases and deaths in the US with the North American standard - Canada: 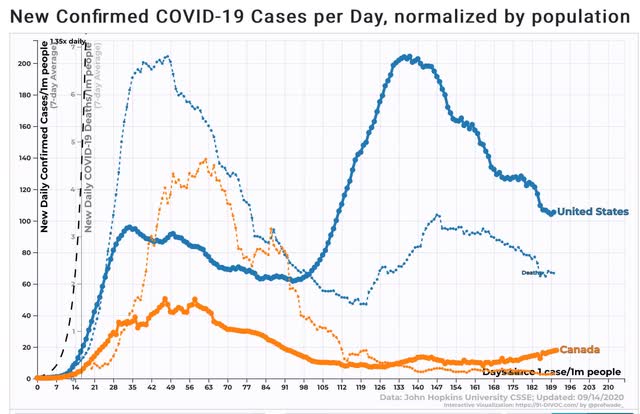 In contrast with the US, Canada averaged 18 cases per day per million people in the last 7 days (vs. 105 for the US), and 0.1 deaths (vs. 2.2 for the US). That is what we could have as well, if there were competent Federal leadership.

The Top 10 States for infections have shifted to the Midwest: 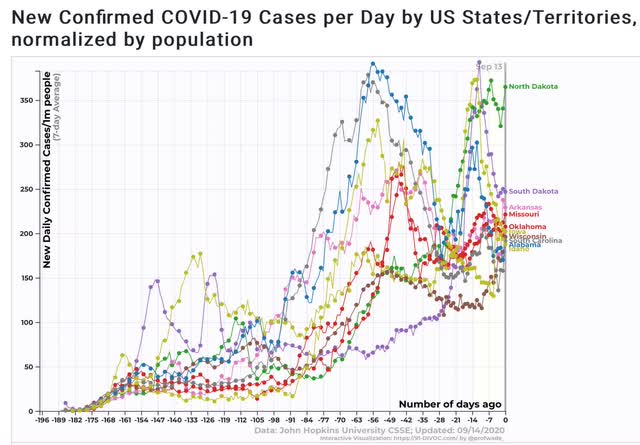 These are rates that are virtually out of control (the worst was about 500 cases per day for NY and Arizona at their peaks).

The South (and the territories of Guam and the Virgin Islands) is still leading in deaths per capita: 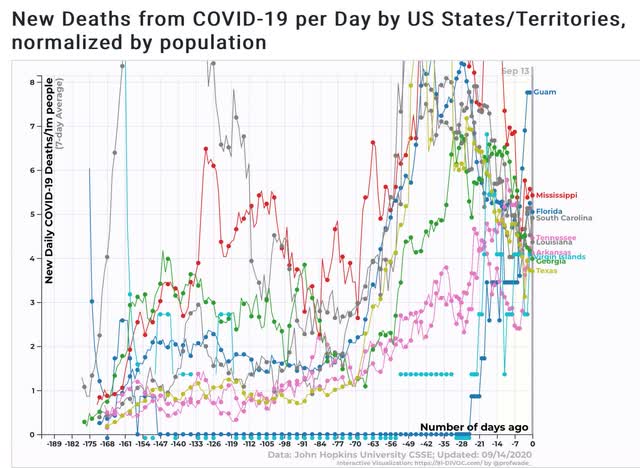 Since the rate of infections in the South, at least officially, has declined, this can be expected to shift to the midwest as well in the next several weeks.

The Bottom 10 States for infections remain dominated by the Northeast, plus several Mountain States: 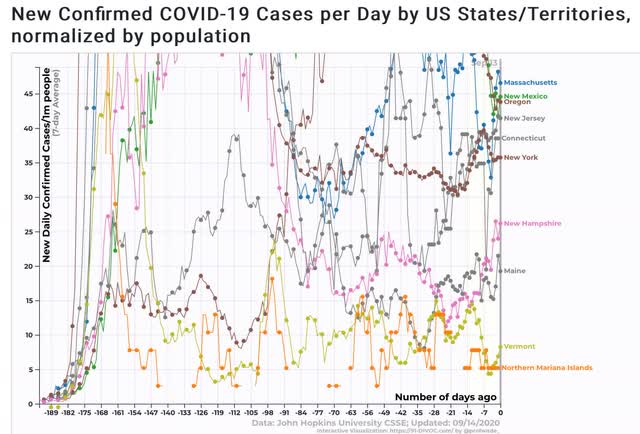 The Bottom 10 for deaths are almost exclusively in the Northeast:

But even the Northeast is stubbornly not doing as well as Canada, as shown in the below graph comparing the rate of NY infections and deaths with Canada’s: 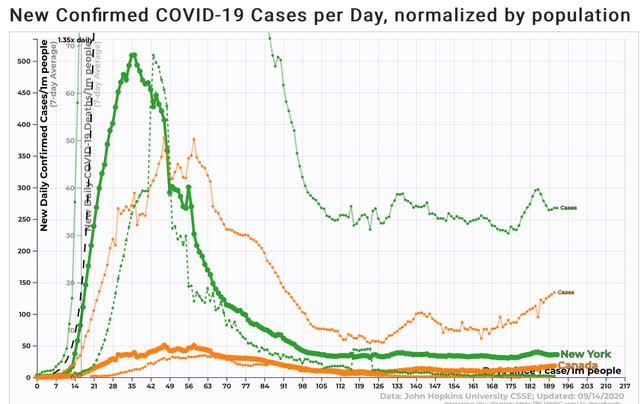 This is depressing, and as I stated at the outset, I do not expect it to change for at least 4 more months.
Posted by New Deal democrat at 9:20:00 AM