Bad news and good news on coronavirus; plus, implications for Election Day

No economic news today as we head into the Memorial Day weekend, but there are a few coronavirus and economic/political developments of note.

First, the bad news: the declining trend in new diagnosed cases of coronavirus in the US has stopped in the past week. Instead new cases have leveled off. Here’s a graph from Conor Kelly’s excellent tableau coronavirus dashboard page: 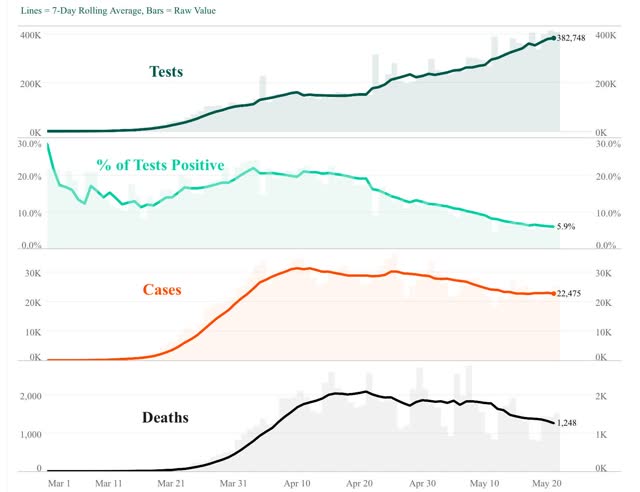 Cases in the US outside of NY actually increased slightly (2%) in the past week.

Now, the good news: as also shown in the above dashboard, testing has continued to increase dramatically, up 18% again in the past week.

The jury is still out on whether the slight increase in new cases in the past 4 or 5 days is because some States recklessly “reopened” without justification, or whether it is just an artifact of increased testing. There was a similar small increase in new cases right after testing started to ramp up around April 20, but it lasted less than a week. It will take about another week to know which explanation for the end of the decline in new cases is the better one.

Even better good news about testing: the US is no longer lagging compared to other major developed countries. The below graph shows the 7 day average in US testing per capita compared with those countries in Western Europe that also had major outbreaks, plus South Korea: 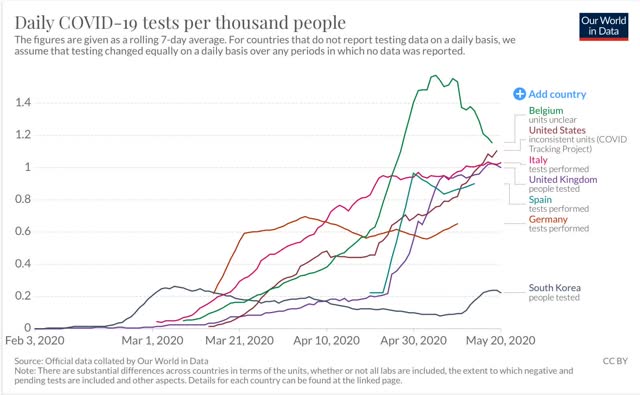 As you can see, South Koreas started large-scale testing immediately and was rewarded with “crushing the curve,” allowing the country to go back to nearly normal activity. The US did awful even compared with Europe until about April 20, when testing in the US ramped up significantly. In the past week, testing in the US finally surpassed all of the major countries in Western Europe except for Belgium (the worst hit on a per capita basis).

Of note, at their worst on a per capita basis both Belgium and Spain had worse outbreaks  than the US does now: 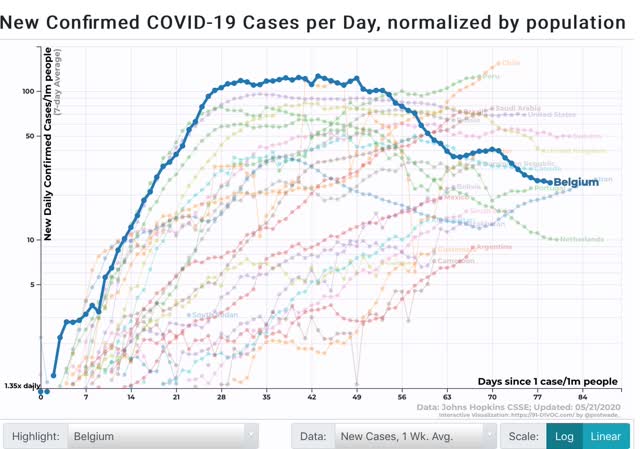 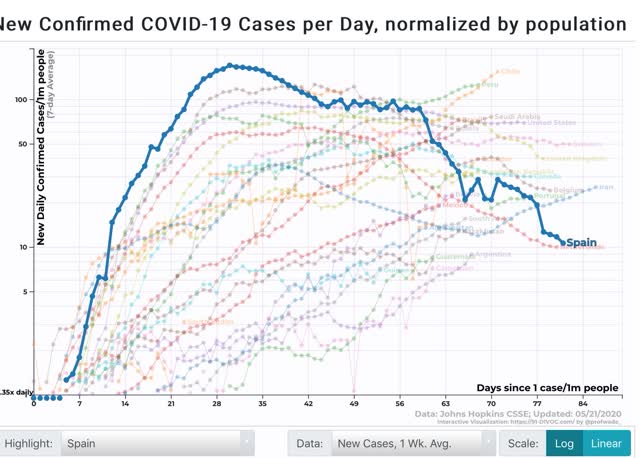 This strongly suggests that, with proper staffing, much of the US could begin an aggressive tracing program to help tamp down new infections more.

In that regard, there is a new site called “Test and Trace” which is tracking exactly that. Here’s their map, as of May 20, of which US States are able to begin a successful test, trace, and isolate regimen: 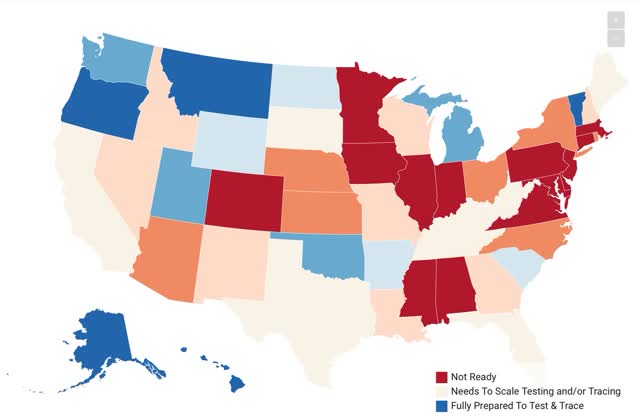 My one criticism is that the site measured “planned hires” for tracers in each State, as opposed to *actual* hires.

I continue to think that it will be crucial for at least one medium sized or major State to “crush the curve” to show other States that the plan can be successful - particularly if new outbreaks begin in States that have recklessly relaxed restrictions.

Finally, on a related political/economic note, the April index of Leading Indicators was reported yesterday, and as expected it was another bad month, down -4.4%: 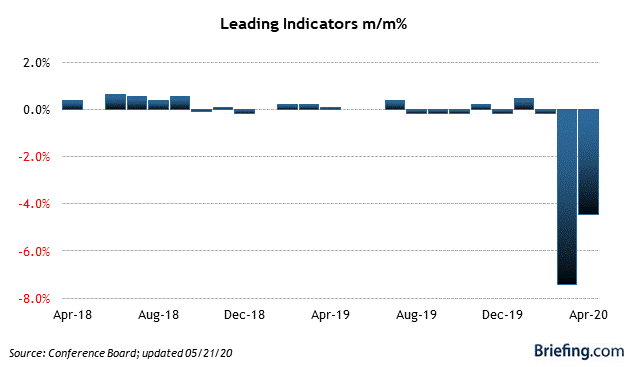 Since the LEI tells us where the economy is likely to be in the next 6 to 8 months, this tells us that conditions are still going to be poor on Election Day. And every econometric election model says that means the incumbent will be defeated.
Posted by New Deal democrat at 8:31:00 AM