Congratulations to the Philadelphia Eagles on their first ever Super Bowl victory!

Yes, Philly sports fans have a boorish reputation, but they are fiercely devoted to their teams. They have been long suffering in frustration as the Eagles tempted them many times before. over the last half century, coming close under Dick Vermeil, Andy Reid, and also the likes of Buddy Ryan and even Chip Kelly in his first season.

Last night they refused to succumb to the Patriots, with a bunch of gutsy and very effective offensive calls, satisfying millions nationwide who were rooting for the underdogs and/or hate the Patriots dynasty.  So congratulations today!

And one last thing: 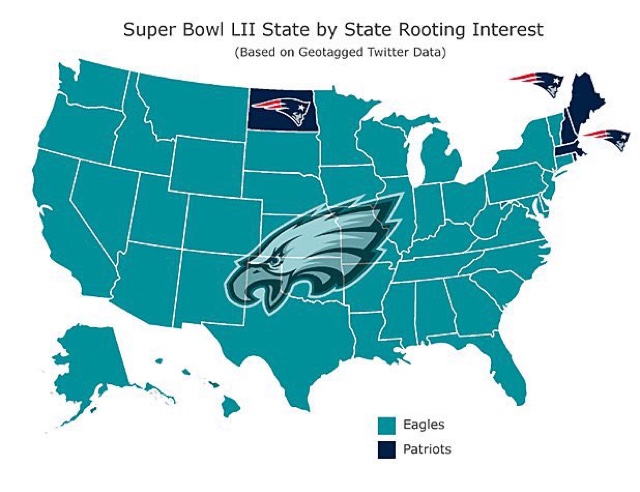 What's the matter with North Dakota?!?