On Friday, the BEA released their second estimate of 1Q GDP.  This was better, with a 1.2% Q/Q growth rate and 2% Y/Y increased.  Best of all, PCEs, investment and exports all posted Y/Y gains:

While the overall growth rate is still disappointing, first quarter GDP growth has been subject to a strong seasonality for most of this expansion, so there’s not a lot of reason to worry yet.

Finally, this week, we learned more about the U.S. housing market.  Existing home sales fell 2.3% M/M but rose 1.6% Y/Y.  However, the 3, 6 and 12 month average annual pace of existing sales is still rising: 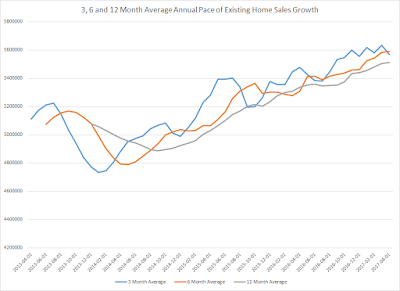 The chart shows that large drops are rare, but not unprecedented.  There have been 4 such declines in the last 5 years.  Regional data highlights the weak areas:

In both charts, the red line represents the region with the sharpest decline.  In the top chart it’s the Midwest region while in the bottom chart, it’s the West region.  But as with existing home sales, the 3, 6 and 12 month average annual pace of sales growth is increasing: 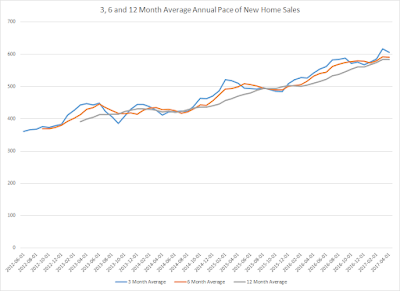 While both 15 and 30 year mortgages rose after the election, current levels are still low by comparison to other times in this expansion.

Economic Conclusion: overall, the U.S. economy is still in good shape.  While 1Q growth was
still slow, the second estimate did contain an increase.  Durable good sales are still within the 220,000-240,000 range, indicating that while orders are not increasing, they are at least being sustained.  Although the monthly housing market data was weaker than we’d want, the trends are still positive.

Market Analysis: The good news this week is the SPYs finally broke through the upper 230s, which had provided resistance since the beginning of March: 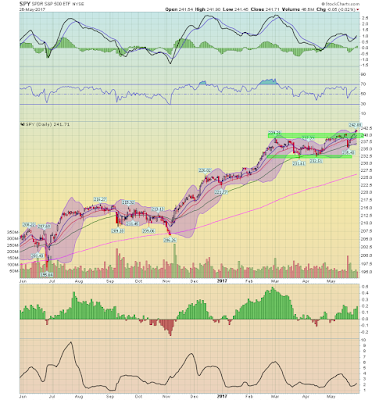 The MACD indicates there is additional upside momentum if the market wants to continue rallying.  The problem is the small and midcap indexes failed to confirm the rally: 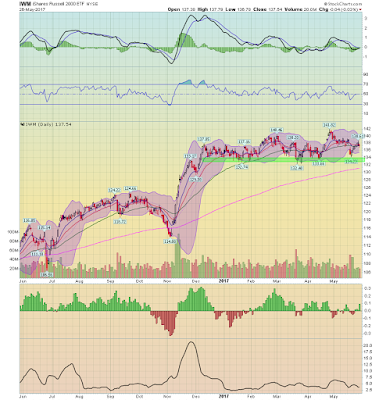 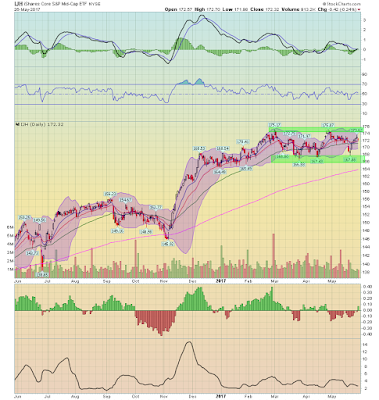 This is not fatal; it could simply be that these indexes will move higher in the next few weeks.  But also consider that 3 of the 4 leading industry sectors are defensive:

Despite the small SPY rally, the market is still expensive, with both the current and forward PEs high.  As I’ve concluded for the last few years, we need continued earnings and economic growth for the market to continue meaningfully higher.