On Thursday, May 26, we'll be hosting our regular monthly wrap-up of economic and market events.  You can sign up at this link.

On average, manufacturing jobs still pay better than most jobs available to people without a college degree. The median manufacturing worker without a bachelor’s degree earned $15 an hour in 2015, a dollar more than similarly educated workers in other industries.1 But those averages obscure a great deal of variation beneath the surface. Average manufacturing wages are inflated by high-earning veterans; newly created jobs tend to pay less. And there are substantial regional variations. The average manufacturing production worker in Michigan earns $20.80 an hour, vs.$18.86 in South Carolina, according to data from the Bureau of Labor Statistics.

Why do factory workers make more in Michigan? In a word: unions. The Midwest was, at least until recently, a bastion of union strength. Southern states, by contrast, are mostly “right-to-work” states where unions never gained a strong foothold. Private-sector unions have been shrinking across the country for decades, but they are stronger in the Midwest than in most other parts of the country. In Michigan, 23 percent of manufacturing production workers were union members in 2015; in South Carolina, less than 2 percent were.2

Total Manufacturing Jobs Since the 1940s 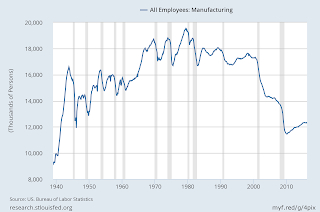 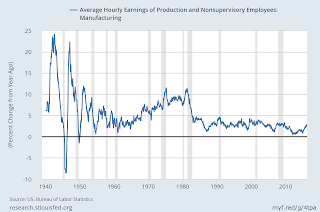 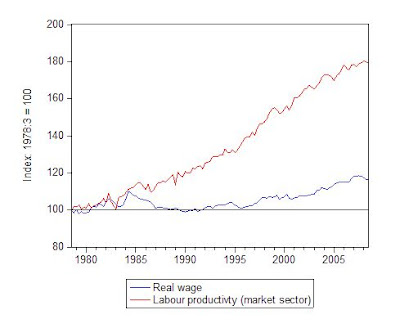 Exxon Mobil Corp. is partnering with a company to capture carbon-dioxide emissions from power plants. Total SA, the French oil supermajor, announced a $1.1 billion deal Monday to buy the battery maker Saft Groupe SA, complementing its 2011 purchase of a majority stake in the solar-panel maker SunPower Corp. And the Canadian pipeline company Enbridge Inc. announced Tuesday it will pay $218 million for stakes in offshore wind farms as it attempts to double its low-carbon generating capacity.

While fossil fuel companies have been dabbling in clean energy for years, they typically stayed close to their roots by focusing on ethanol and other biofuels. This round of investments takes them into the heart of the clean-energy industry. As crude prices struggle to recover and growth projections for renewables soar, oil companies see a chance to diversify.

“The supermajors recognize there is going to be tremendous growth in low-carbon sources of energy,” said Jason Bordoff, director of the Center on Global Energy Policy at Columbia University. “To thrive in the long term, they need a mix in their portfolio.” 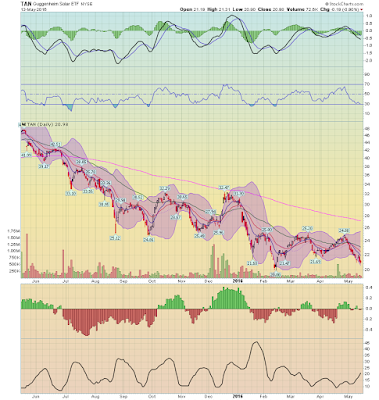 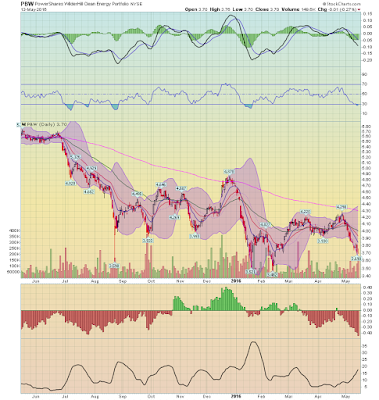 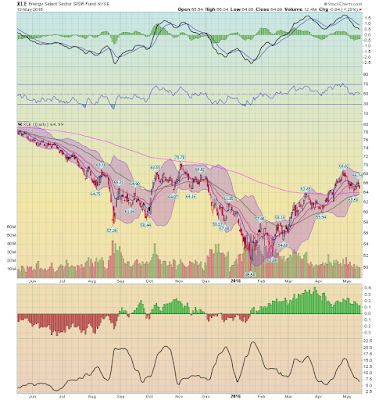 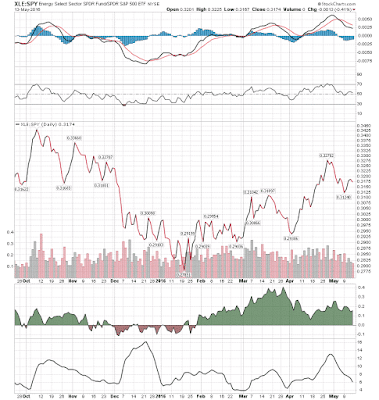 Summers’s deeper argument is that world growth is stuck in a rut because there’s a chronic shortage of demand for goods and services and a concomitant excess of desired savings. The U.S. and other industrialized nations tend to save more as their populations age, he says. Meanwhile, growing inequality puts a bigger share of the world’s income in the pockets of rich people; they can’t spend everything they make, so they save it. The investment that would ordinarily soak up those savings is falling short. That’s partly because the new economy is asset-lite: Companies such as Uber and Airbnb prosper by exploiting assets (cars and houses) that already exist. Software, which is pure information and doesn’t require the construction of factories, accounts for a bigger share of the economy. Slow growth in output and productivity reduces investment as executives lose faith in the payoff from capital spending.


Exhibit No. 1 in Summers’s case: Interest rates have been trending down for 30 years, even after taking into account the decline in inflation. The interest rate, like any price, reflects supply and demand. It’s fallen because the demand for loans is weak and the supply of loans from savers, who have extra cash to deploy, is strong. It used to be thought that interest rates couldn’t go below zero, but the Bank of Japan and the European Central Bank, among others, are so desperate to kindle growth that they’ve pushed some rates below what used to be called the “zero lower bound” into negative territory.
Posted by Unknown at 6:00:00 AM