All forms of transportation stunk in April

While I continue to be mildly optimistic about the economy for the remainder or this year, there are some legitimate pessimistic arguments.  I've discussed the inventory to trade ratios earlier this week.  The second such pessimistic metric is transport.

Every week I report on rail data, which started out positive this year, and then fell off a cliff again in March and April: 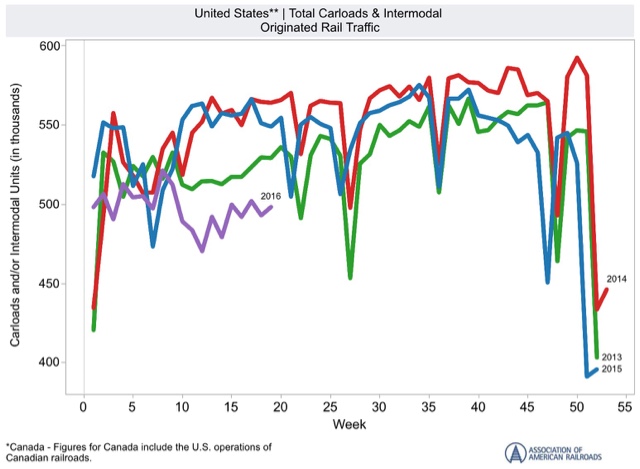 It's worthwhile, however, to break out rail further by dividing between intermodal units (which tend to be manufactured goods) and carloads, which tend to be commodities like coal, mineral ores, and oil.

Here are carloads.  These are absolutely awful: 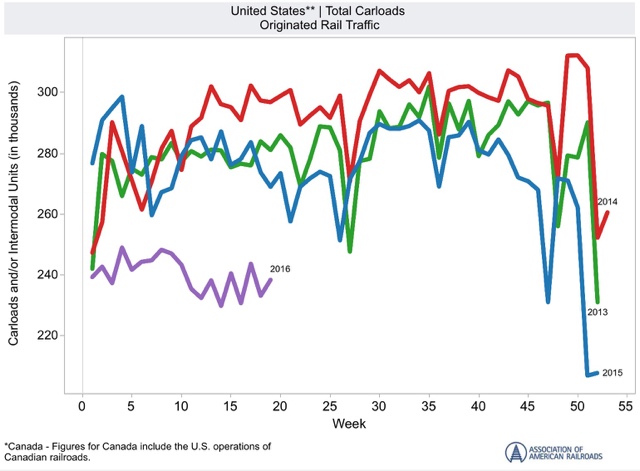 Here are intermodal lunits.  Negative, but not so awful: 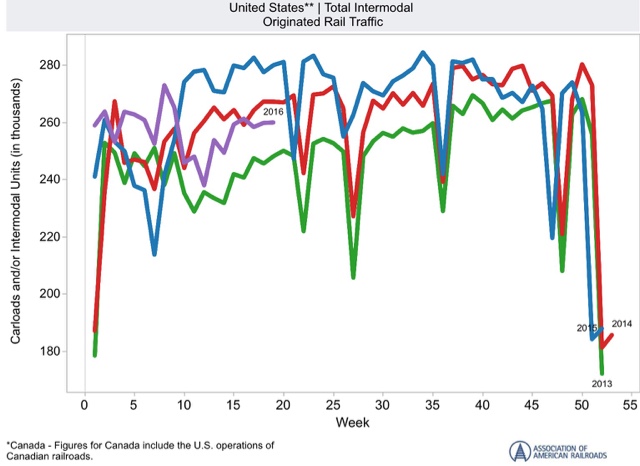 But while rail daa has the advantage of being reported weekly, it is worthwhile to see whether or not other forms of transportation are confirming the signal.

So let's turn first of all to trucking.  Here, the Cass Trucking Index is reported at about the middle of the subsequent month, so this week we got the April report.  Here's the graph: 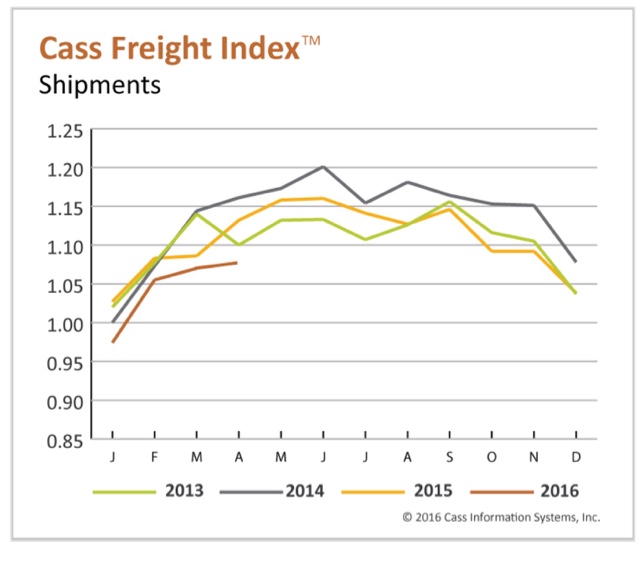 While April improved over March (not surprisingly given seasonality), both March and April are well below last year's numbers, roughly in keeping with the intermodal decline in rail. 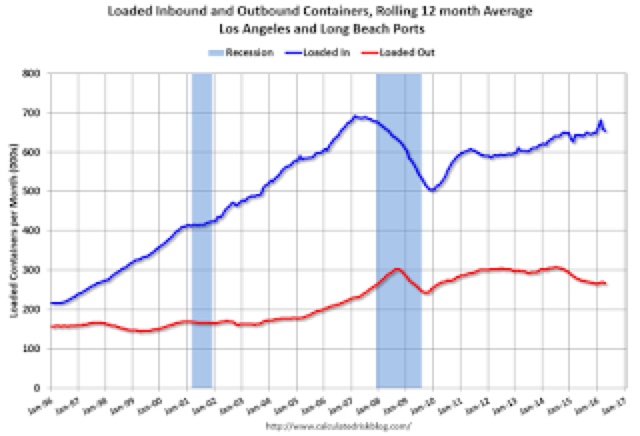 So both shipping and trucking are confirming the negative signal from rail:

1. On a global scale manufacturing has been negative.
2. The commodity collapse - at least in terms of commodities supplied - is continuing.  I suspect that commodity *prices* have stabilitzed because output declines are no longer outpacing supply.