Update: Let's think about this:  As I show below, Minnesota is at full employment with solid, state-wide wage gains above the national average.  And Hinderaker thinks that's bad.  What an idiot.

John Hinderaker is now the President of the Center of the American Experiment, a think tank.  First, it's obvious his new bosses didn't even look at his past work.  As I've documented, his economic analysis was 100% wrong for an entire year (2014) .

Over at his website, he has a 30 second video up, arguing that Minnesota is actually 30th in job creation.  However, there's a big problem with Hinderaker's cute little video: he's using 2004-2014 as the basis for comparison.  No reputable economist would use that time frame instead, opting for the period of expansion as determined by the NBER.  Why?  Because that's the standard time unit we use in the profession.  Hinderaker's time period is simply pulled out of thin air, probably because it offered a the worst possible performance to "bolster" his claims.

Now, let's go the FRED system to get the data for Minnesota: 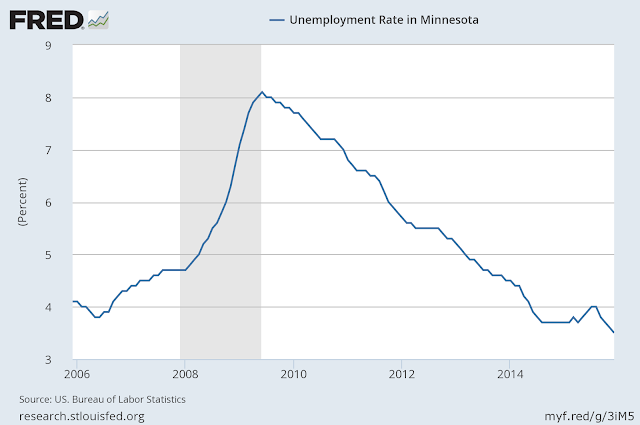 The Minnesota unemployment rate peaked a little above 8% at the end of the last recession.  It currently stands below 4%.  Economists generally consider 5% as full employment, which means Minnesota is doing very well, especially considering the the slower pace of this expansion. 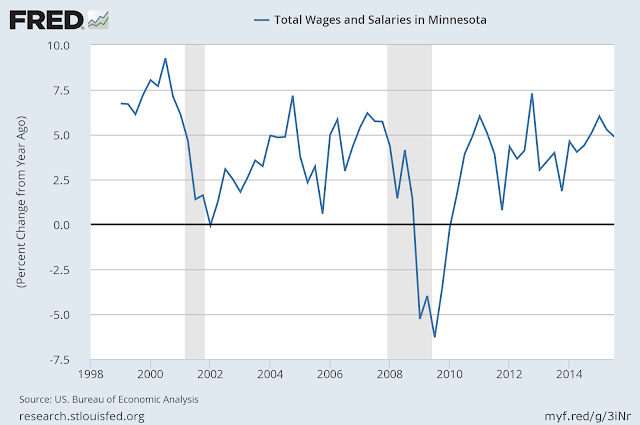 As a result, wages and salaries are increasing at a strong rate, rising between 2.5% -5% on a Y/Y basis for the entire expansion. 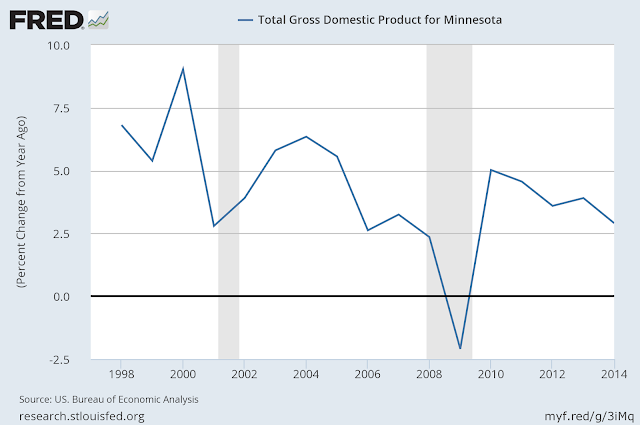 So, the state is at full employment, wages are growing far above the national average, and total growth is very strong.

As usual, Hinderaker has no idea what he's talking about.