At the end of last year, I highlighted 5 graphs to watch in 2015.  We are now 10 months through the year, so let's take another look.

After a mini-surge at the end of January (light brown in the graph below) due to low mortgage rates, refinancing applications fell back to their post-recession lows during spring. With a decrease in rates in summer and autumn, there was a small increase, but we are still nowhere near the level of refinancing we saw in 2010 and 2012.  Mortgage News Daily has the graph: 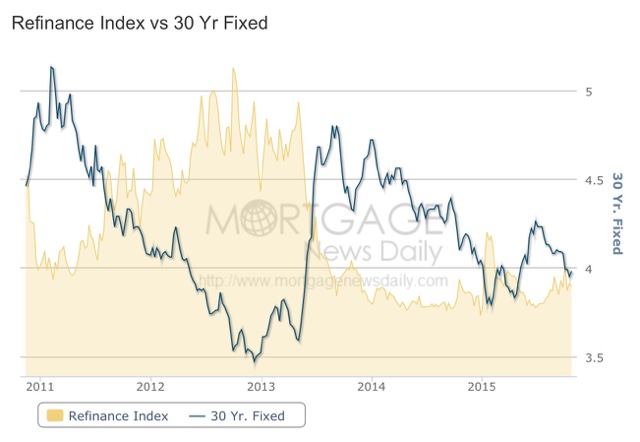 Over the last 35 years, refinancing debt at lower rates has been an important middle/working class strategy.  There is little room left for that strategy. 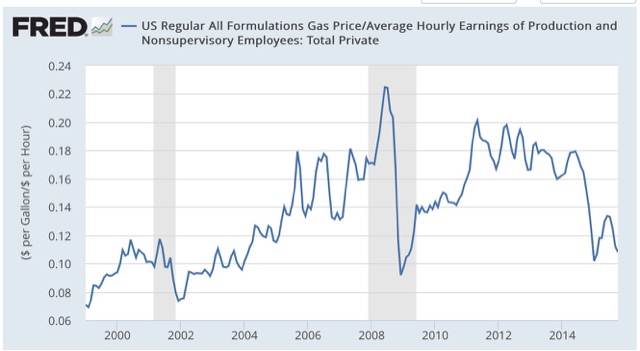 Next is a graph of part time workers for economic reasons expressed as a percentage of the labor force.  This is one of the big positive stories of the year.  Over the last 10 months, this has fallen by about 0.8% or 1,300,000: 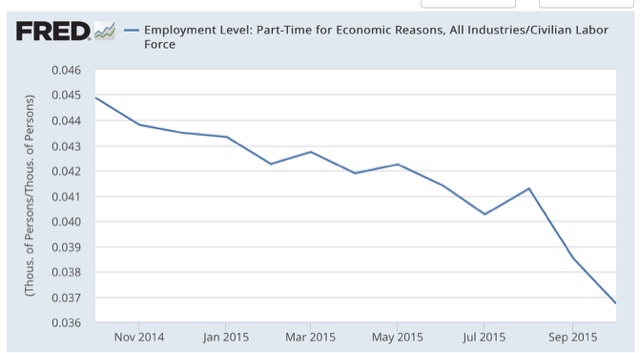 This moved generally sideways during the first quarter, improved nicely for the next few months, but slid back in the last 2 months: 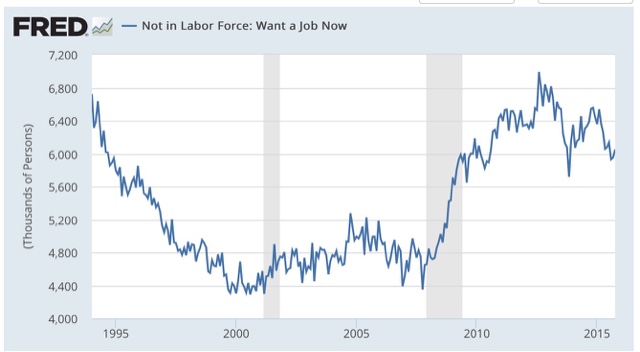 After 3 poor readings last August, December, and February, YoY growth in nominal wages for nonsupervisory personnel fell  back close to their post-recession lows before rebounding this spring.  In October YoY growth finally cracked 2% to the upside.  In the below graph, I have s ubtracted 1.9% fromYoY nominal wage growth, and 10.3% fromcthe U6 unemployment rate, to set both to zero at their current levels: 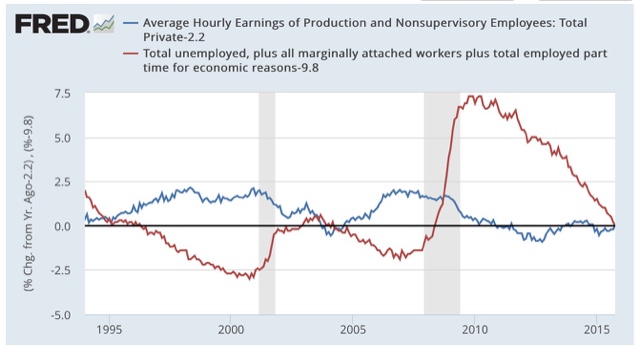 In the 1990s and 2000s, nominal wage growth started to accelerate when the broad U6 unemployment rate fell to 9.9% and 9.7% respectively.  The increase in YoY growth in wages last month coincided exactly with U6 falling from 10% to 9.8%.


In summary, 10 months into the year we finally have improvement in 4 of the 5 metrics, some more than others: