Actually, the labor market recovery since 2009 has been the best in 25years

[UPDATE: After I published this article, I realized that I used an incorrect measure of hours worked, namely, hours for manufacturing, series AWHMAN, instead of the correct measure, hours for all jobs, series AWHI.  Using the correct measure does change the results somewhat.  The updated and corrected measures are here .  The updated results show that the current expansion is better than 4 of the previous 7, but worse than 3 others, mesured 69 months from the beginning of the expansion.  Essentially, while the number of hours and the nominal wages paid both show mediocre growth, the longevity of the expansion makes up for those deficiencies.]

Every month we read stories about what a poor labor market recovery this has been.  The latest articles were from Profs. Brad DeLong and Menzie Chinn.  I respectfully disagree.

So why is it that most economic writers appear to think the defining element of a labor market recovery after a recession is the number of jobs created?

In each case, the economy creating more jobs, or more hourly employment, is inferior to the economy that pays more in real wages to its workers,  In other words, the best measure of a labor market recovery is that economy which doles out the biggest increase in real aggregate wages.

So let's compare the increase in real aggregate wages -- the total wages paid to all nonsupervisory workers, adjusted for inflation, from their bottom in each recession.  Since that was 5 years and 11 months ago for our current recovery, that will be our measuring stick.

Below are the graphs of aggregate real wages for each of the last 6 recoveries (and from the start of the series in January 1964), measured to a point 5 years and 11 months after their recession bottom. This is calculated as follows:
average hourly earnings for nonsupervisory workers, times average hours worked, times the number of jobs, and then divided by the consumer price index, with the result indexed to 100 at the bottom.  Here are the results: 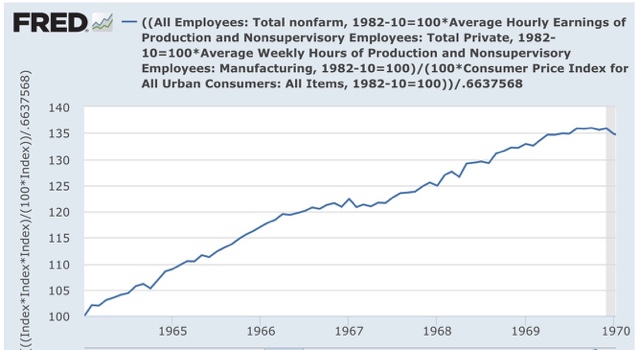 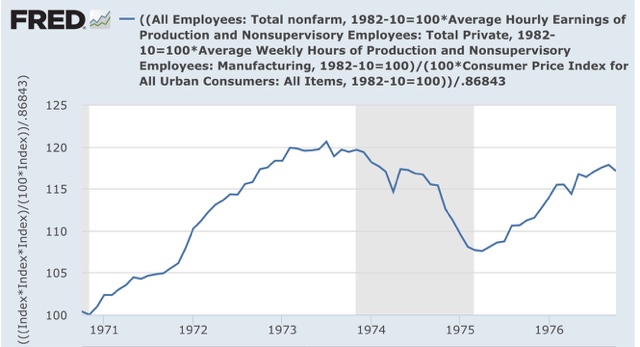 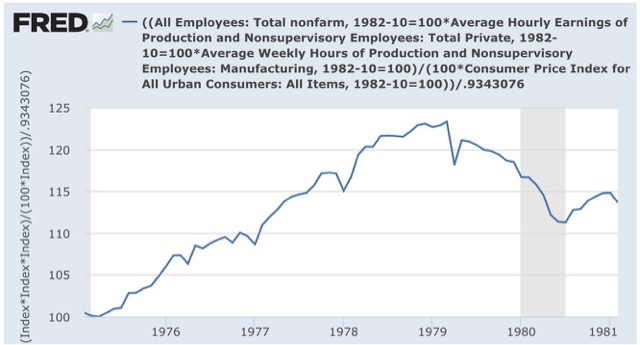 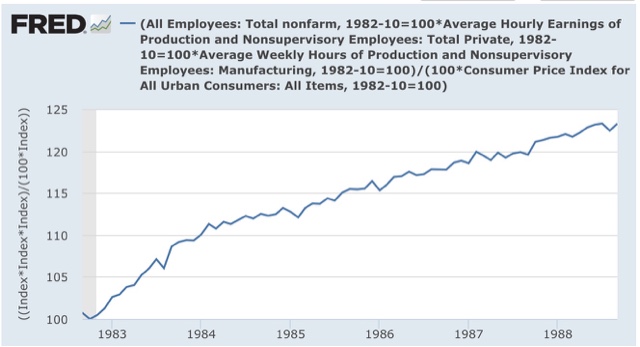 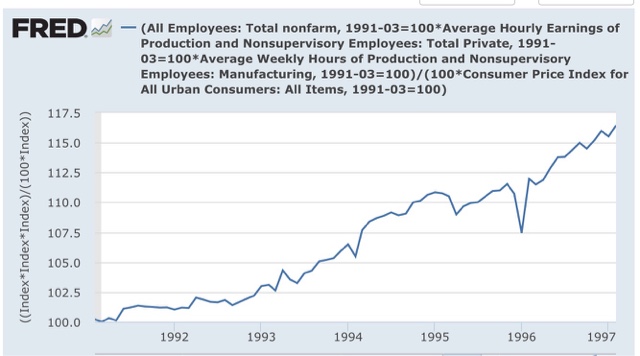 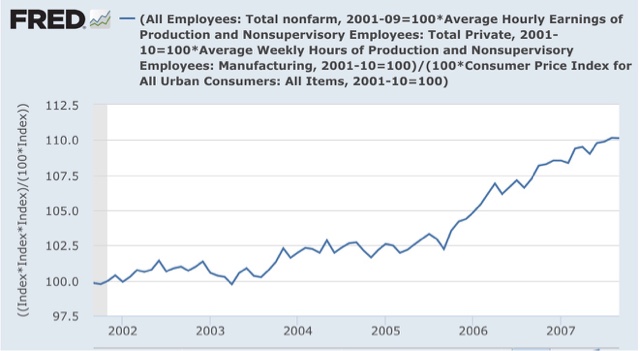 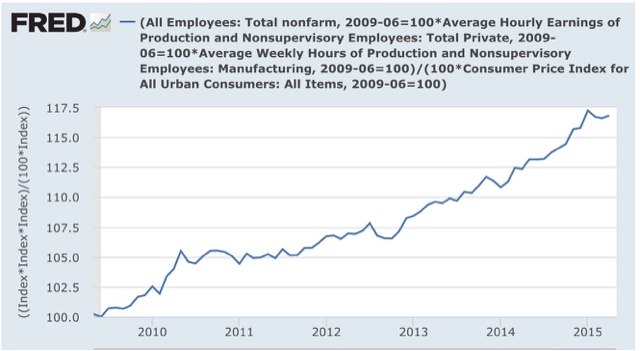 Quite a different, and I believe more accurate, measure than simply comparing payrolls.   We can immediately see the effect of labor bargaining power, as all of the economic expansions before the 1980s showed far faster real aggregate wage growth than any expansion since.  Also important are the big decreases in interest rates, such as coming out of the 1982 recession, and the impact of big changes in gas prices.

The bottom line is that,  measured 5 years and 11 months out from the bottom, this labor market recovery has been the third best of the 7 expansions, behind the 1960s and 1980s.
Posted by New Deal democrat at 7:55:00 AM