The 3 dimensional Phillips curve as a forecasting tool

Why do I continue to harp on the Phillips curve being best viewed as 3 dimensional, with the third dimension being basic commodity prices?  Because it helps forecast where the traditional, 2 dimensional Phillips curve is likely to be in a year or so. And since the Fed is focused on the "non-inflationary rate of unemployment," we at very least want to maximize employment and wages without causing self-defeating inflation.  Which means we don't want the Fed to apply the brakes too early. 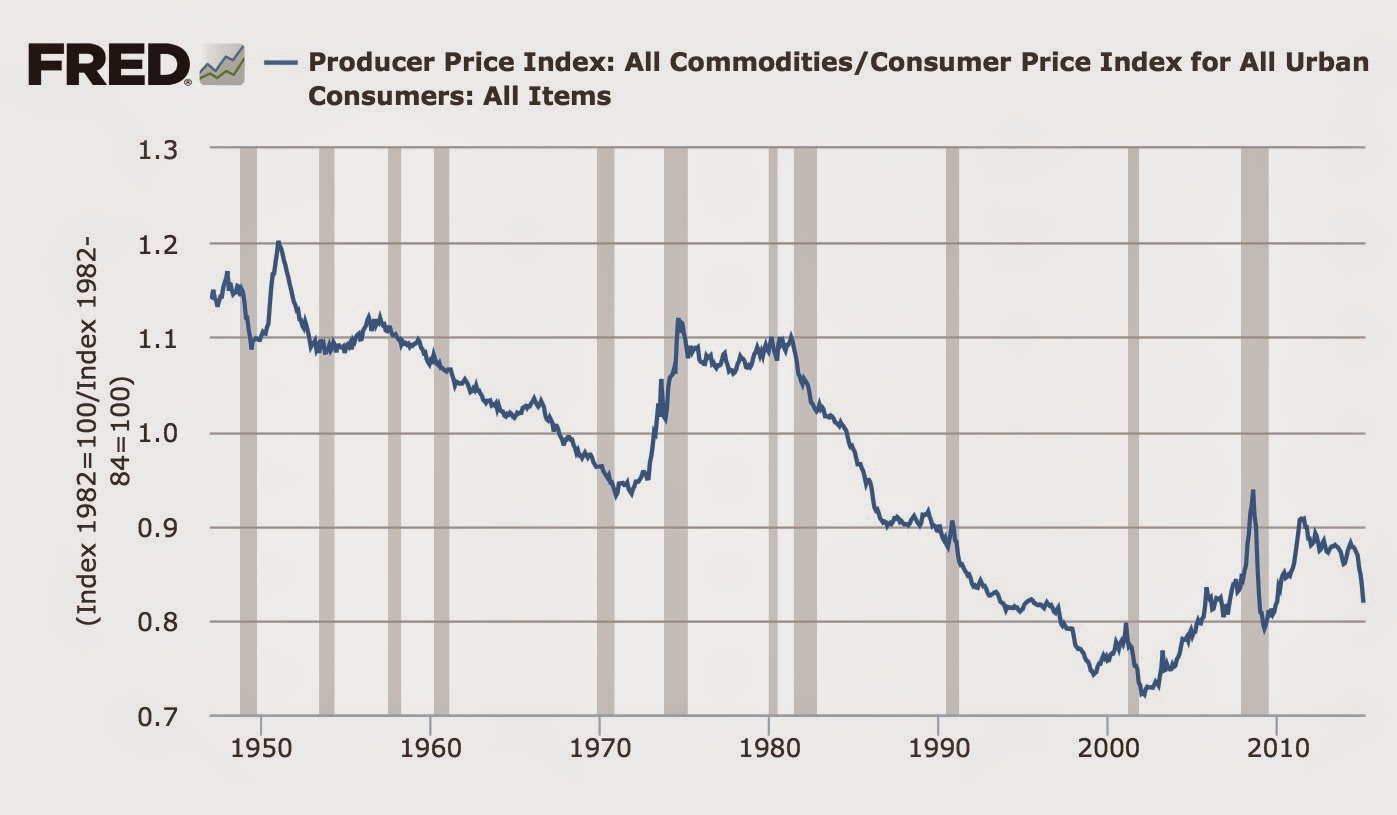 You can see that over the long term, commodity prices have gone up at less of a rate than consumer prices, but with significant exceptions in the early 1970s and the 2000s.

Now let's take ratio of commodity prices to consumer prices, and compare it with the "misery index" which is the addition of the two components of the Phillips curve, the unemployment rate + the YoY consumer inflation rate: 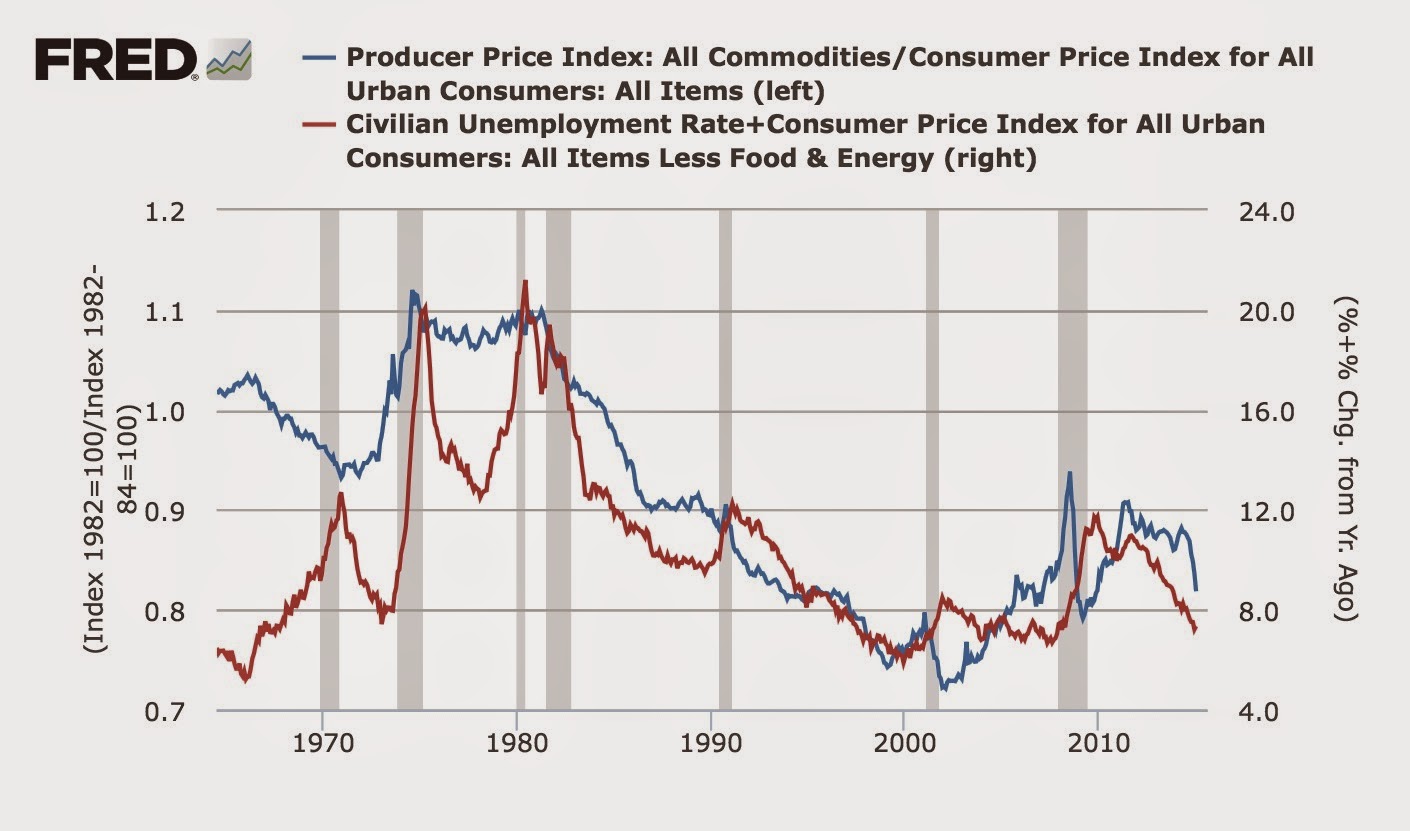 And to be clear, here is the YoY% change in commodity prices (blue) vs. core inflation (red, first graph) and the unemployment rate (red, second graph): 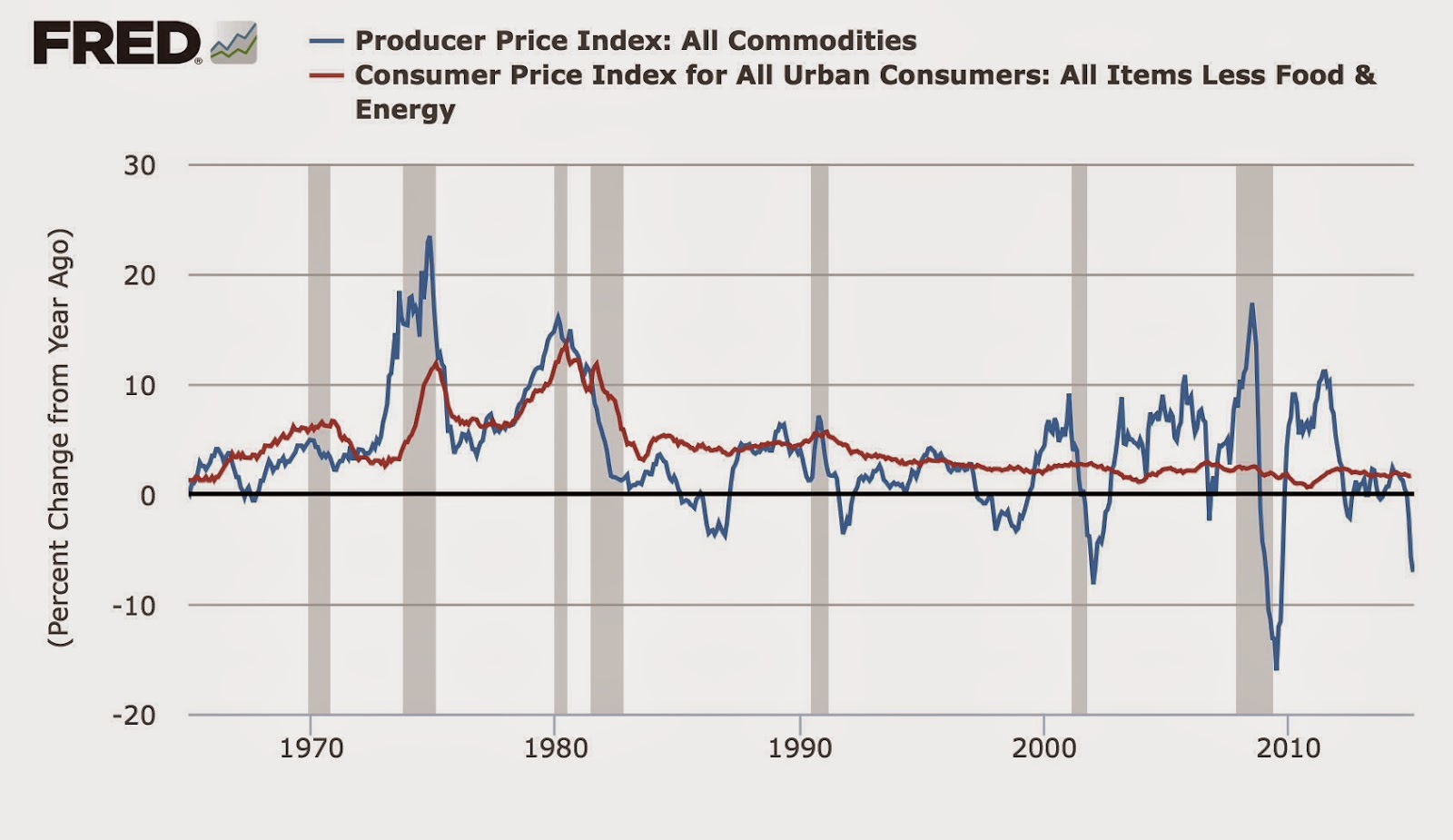 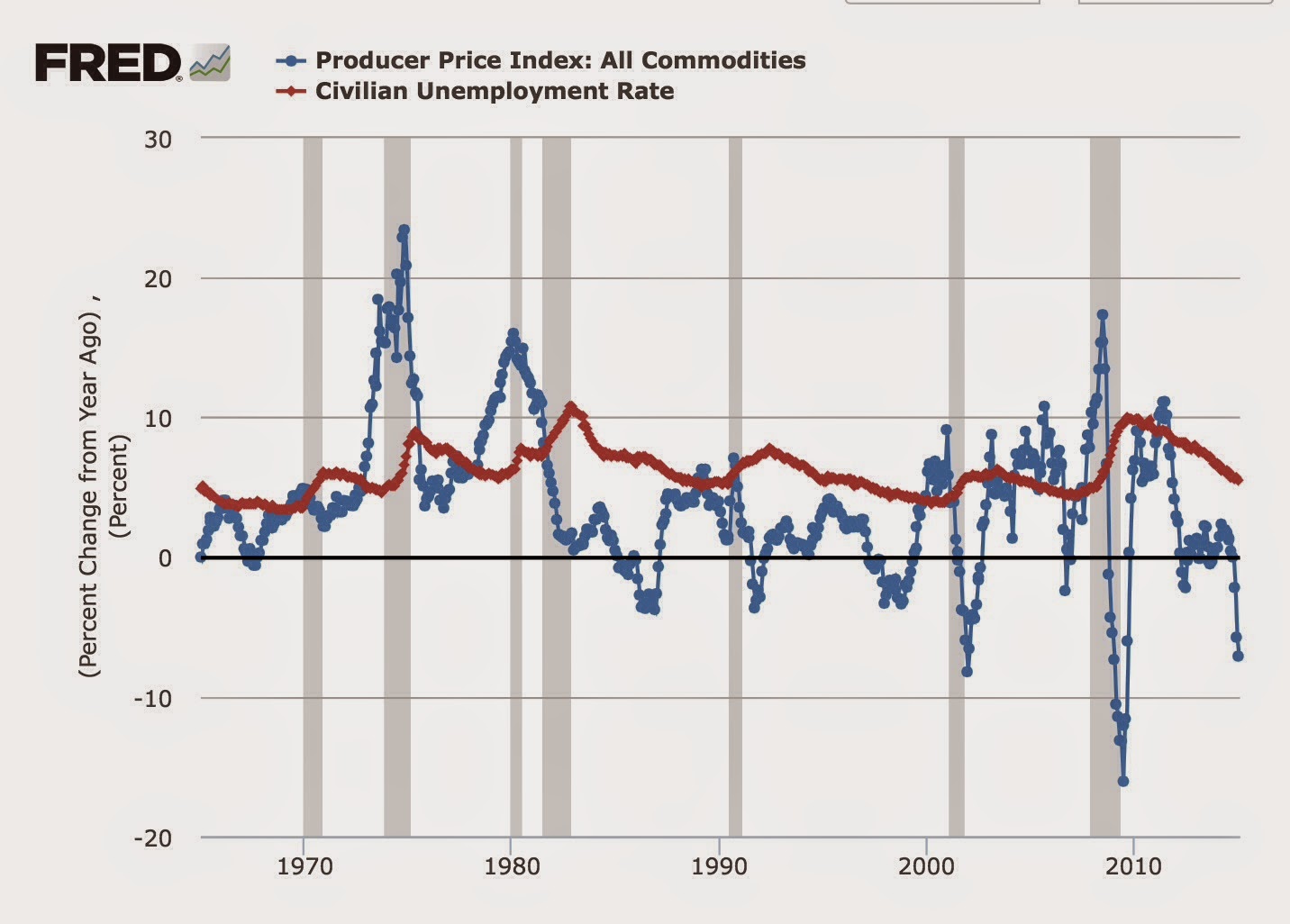 Commodity prices (the Z axis on the 3 dimensional Phillips curve) lead both core inflation and the unemployment rate.

Finally, here is a scatterplot of commodity prices and the unemployment rate over the last 5 years: 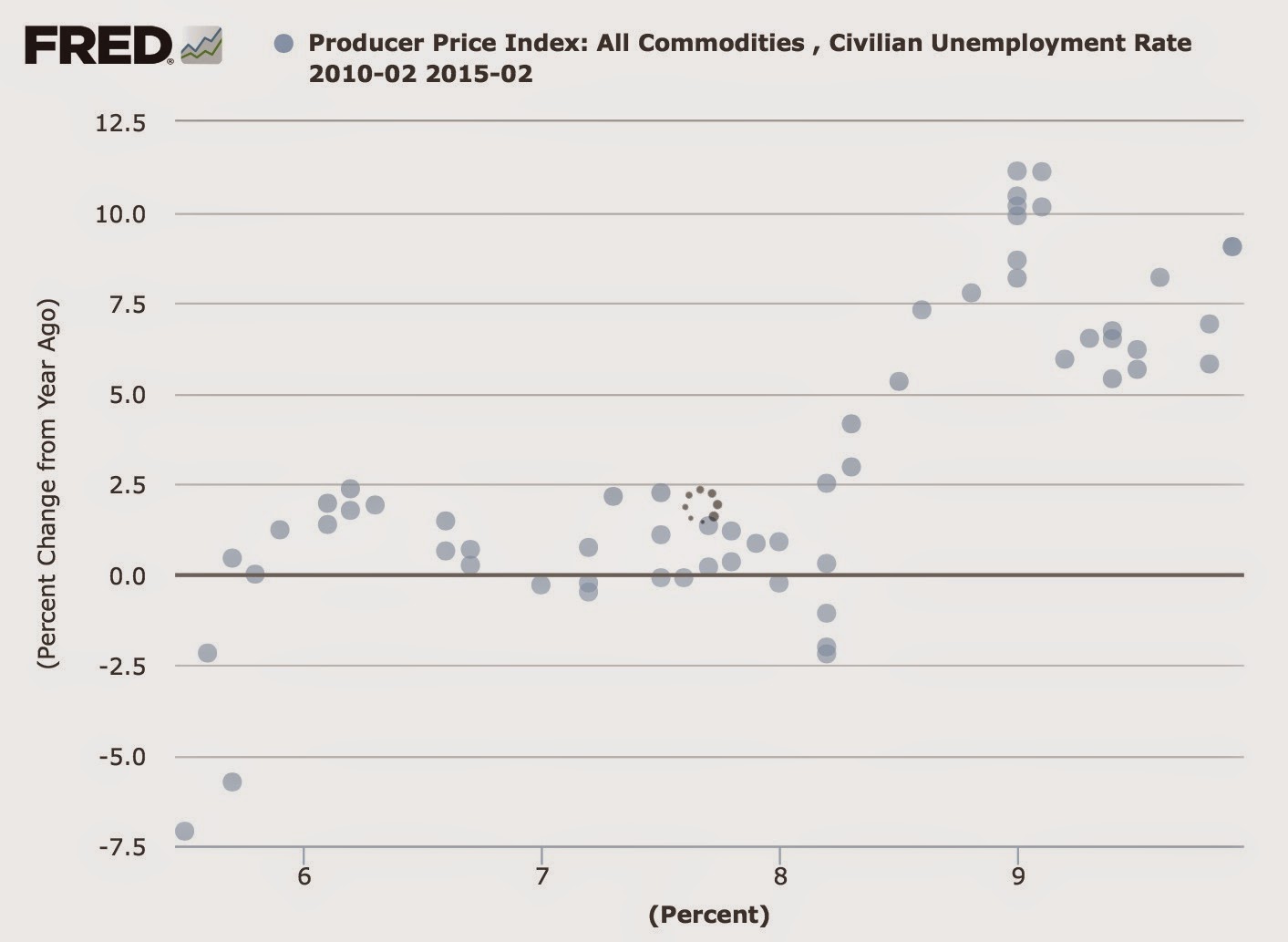 The values have been consistently shifting to the lower left, with the last two months at the extreme bottom left. This tells us that the 2-dimensional Phillips curve has also been shifting downward and to the left.