Housing permits are one of the best long leading indicators there is.  They give us a good read on the economy 12-18 months out.

Here's a graph of permits since the beginning of 2011: 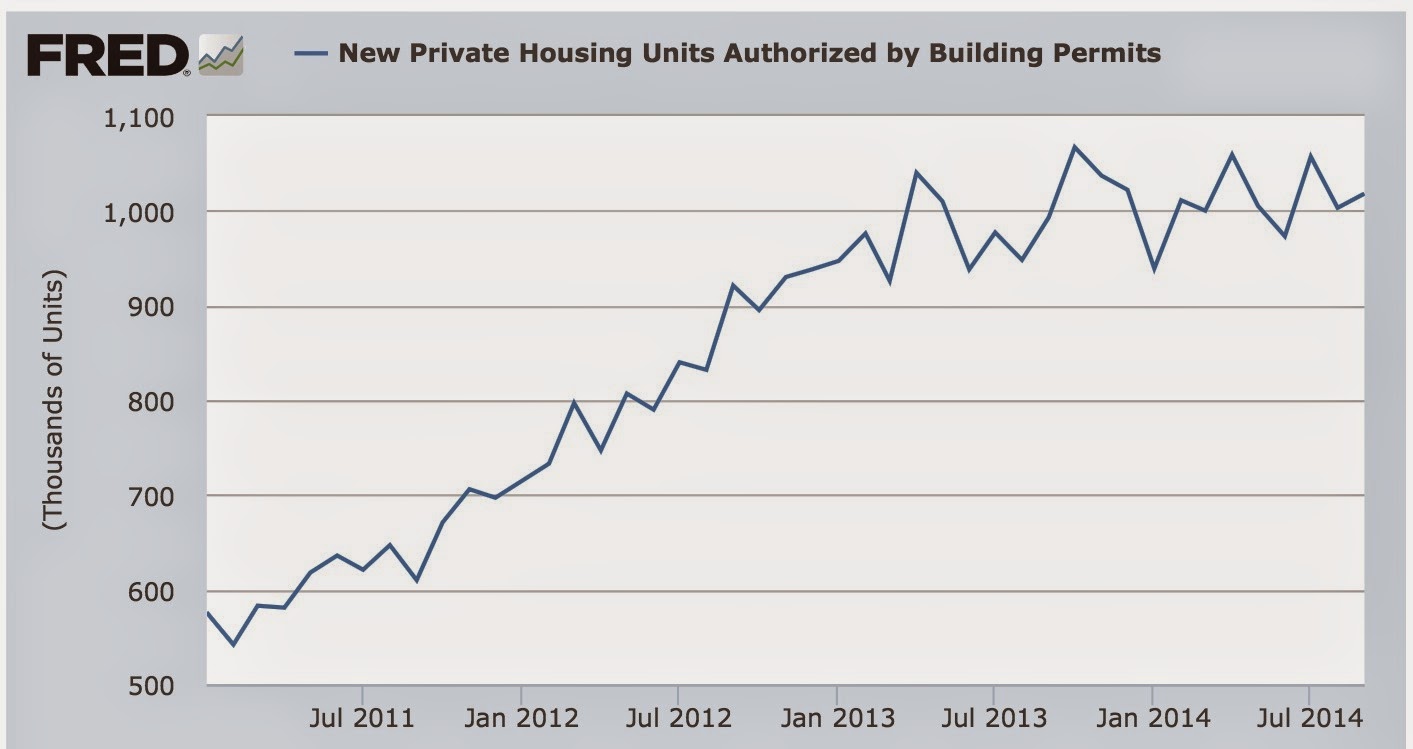 As you can see, the pace of growth started to slow down heading into 2013, and for the last 15 months they have gone sideways with a slight upside bias (in September, like almost every other month this year, they were just slightly positive YoY).

The bad news is, this is strong evidence that the economy is probably decelerating by now, and that deceleration will continue for awhile.  The good news is, there has never been a recession without permits falling at least 175,000 from a recent high.  At their worst reading this year, they were only down about -130,000 from their 2013 high.

The recent economic news, whether retail sales, or industrial production, or jobless claims, or interest rates, or whatever else you can think of, simply is not consistent with any actual downturn in the US in the near future.