Here's the update based on yesterday's personal spending report: 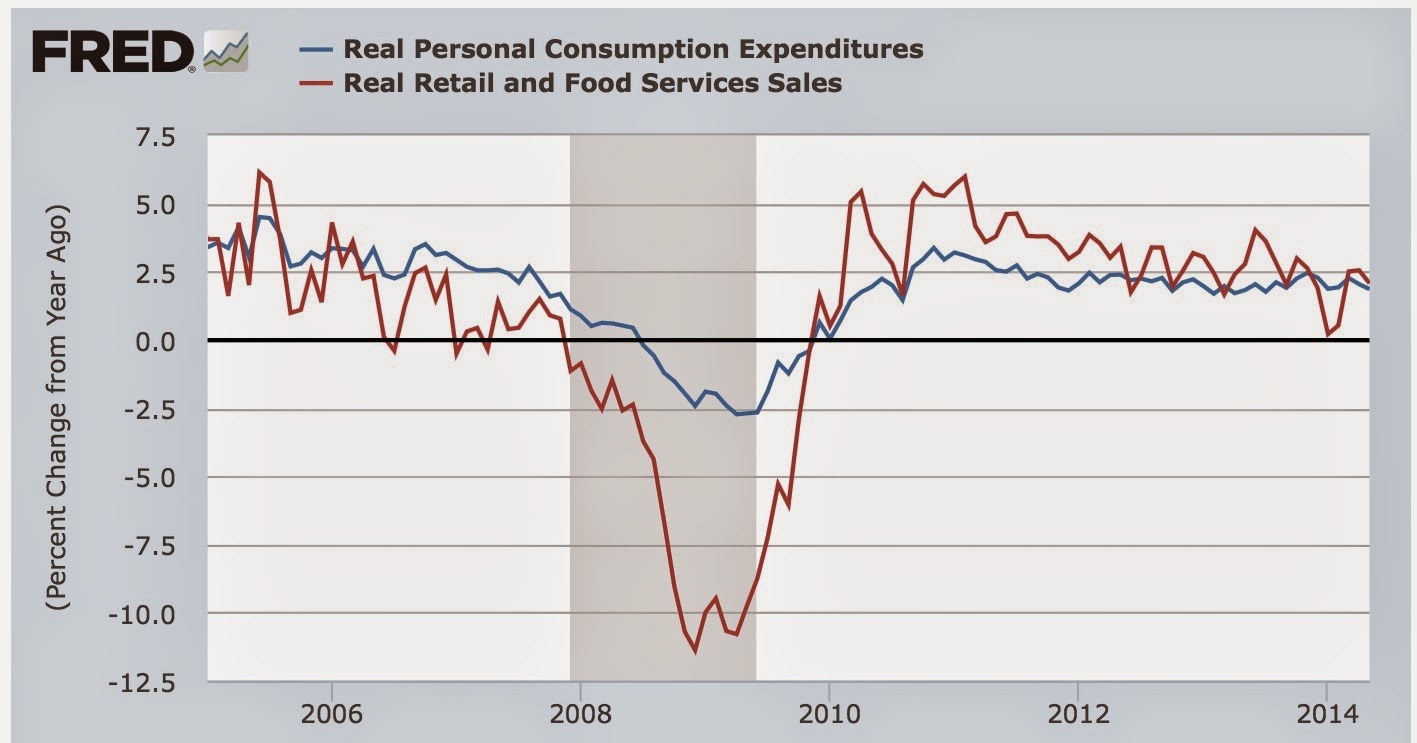 It appears that the mid-expansion transition is taking place this year, similarly to 2005 in the last expansion.
Posted by New Deal democrat at 8:00:00 AM