For the first time this year, housing permits turned negative on a YoY basis, down -1.9% from May 2013: 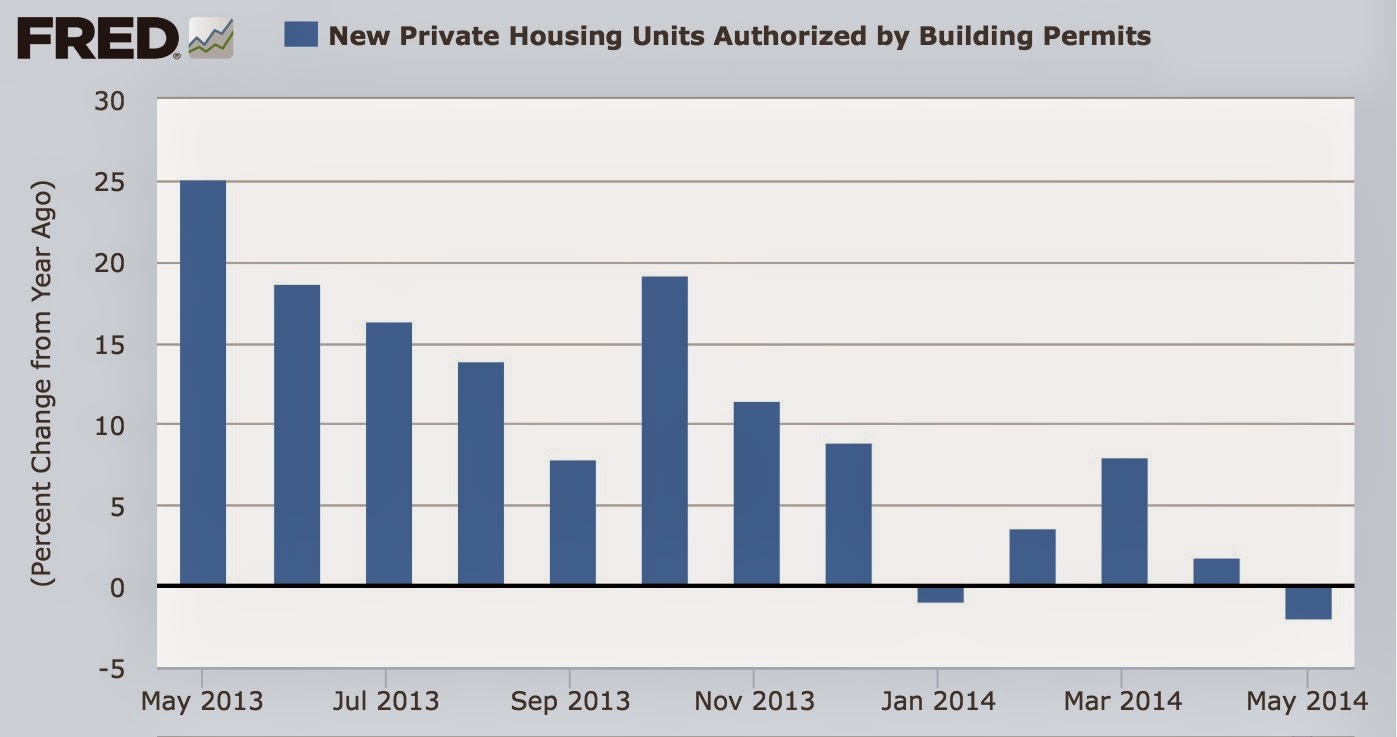 Interestingly, YoY permits for not only single family homes (blue), but also for multi-unit structures (apartments and condominiums) (red) were negative: 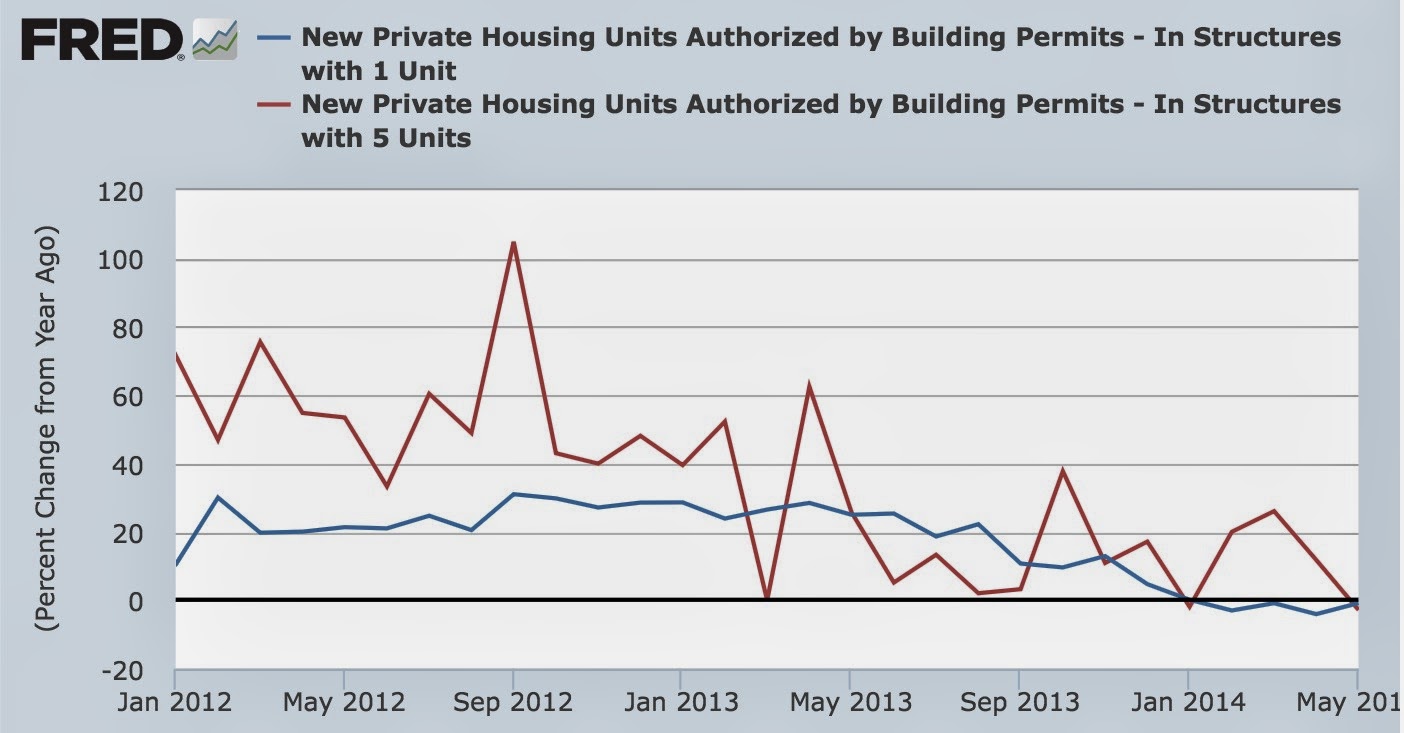 As a rolling 3 month average, however, apartment and condominium permits still have trended upward.

On an absolute level, we can see that building permits for single family homes remain dead in the water,with no growth since January of 2013 (blue).  All of the growth has come from apartments and condominiums (red): 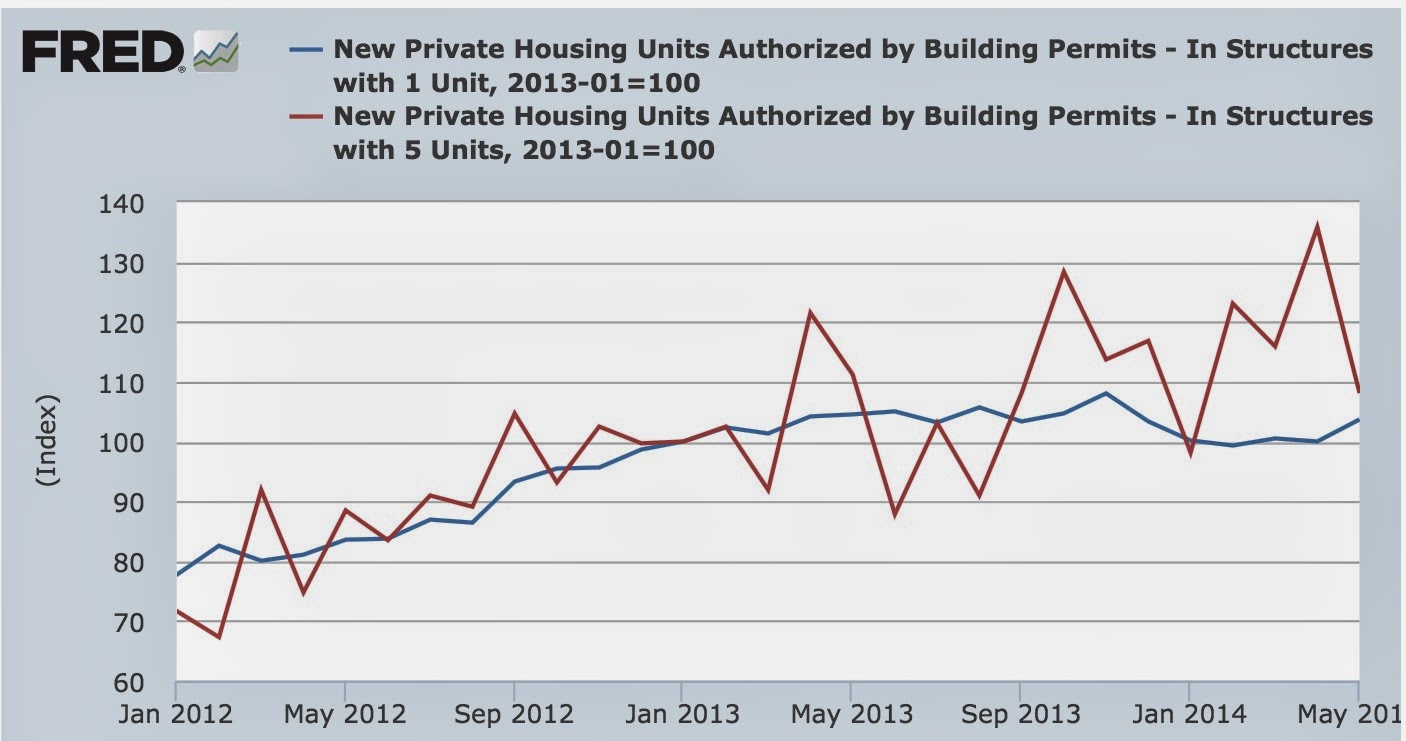 Housing starts did remain positive. Single family starts were up +4.7% YoY.  Apartments and condos were up +19.2%.  Total starts were up +9.4%.  Typically permits slightly lead starts, so I expect starts to cool off on a YoY basis in the next month or two.

UPDATED:  Here is the comparison of the YoY% change in permits (blue) and starts (red): 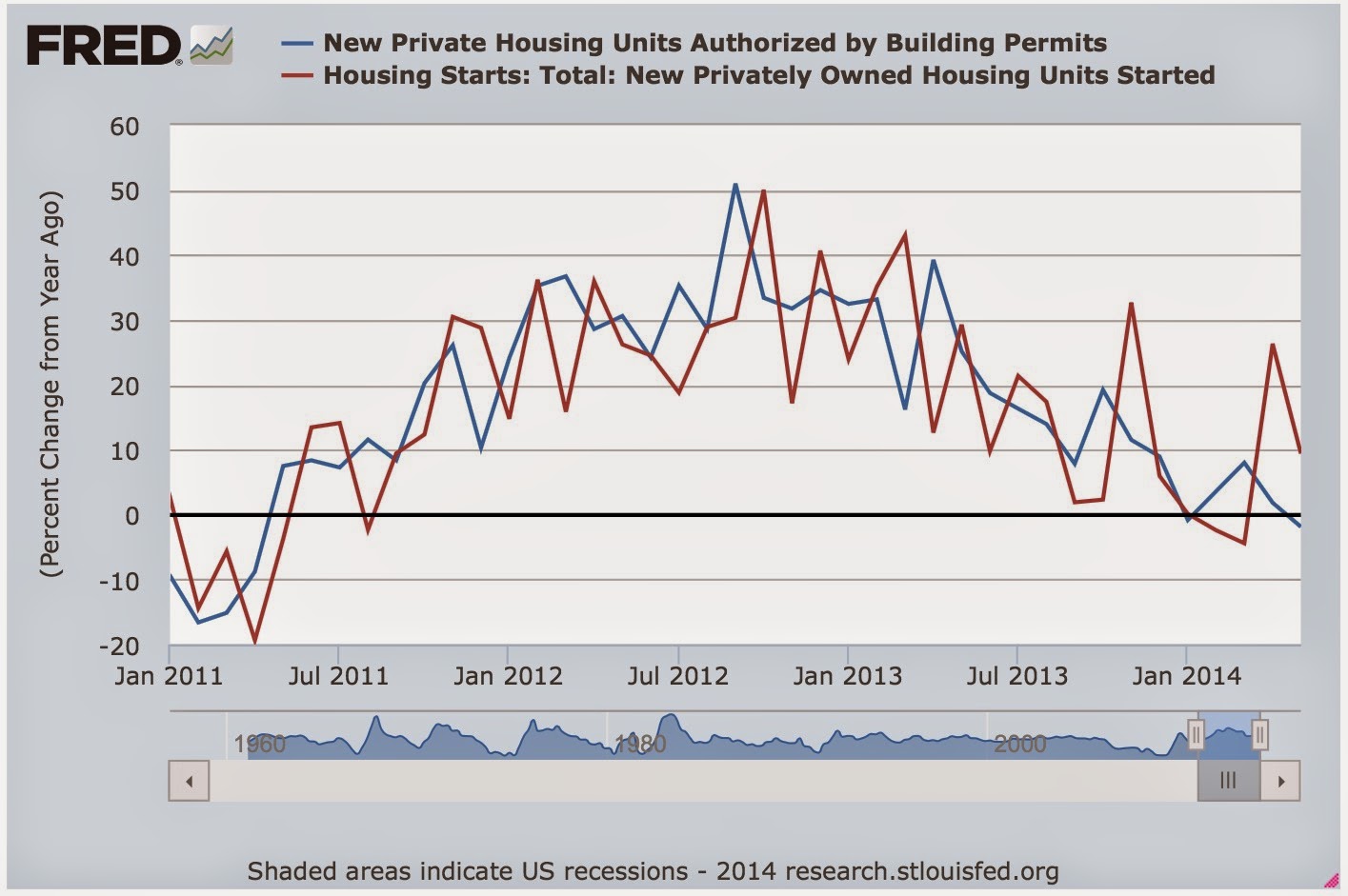 Permits have trended to zero, while starts have had an anomalous surge in the last 2 months. I expect this to be resolved in the direction of permits, which slightly lead, in the next several months.

Here are single family home permits (blue) vs. starts (red), normed to 100 as of January 2013, showing that both have stalled: 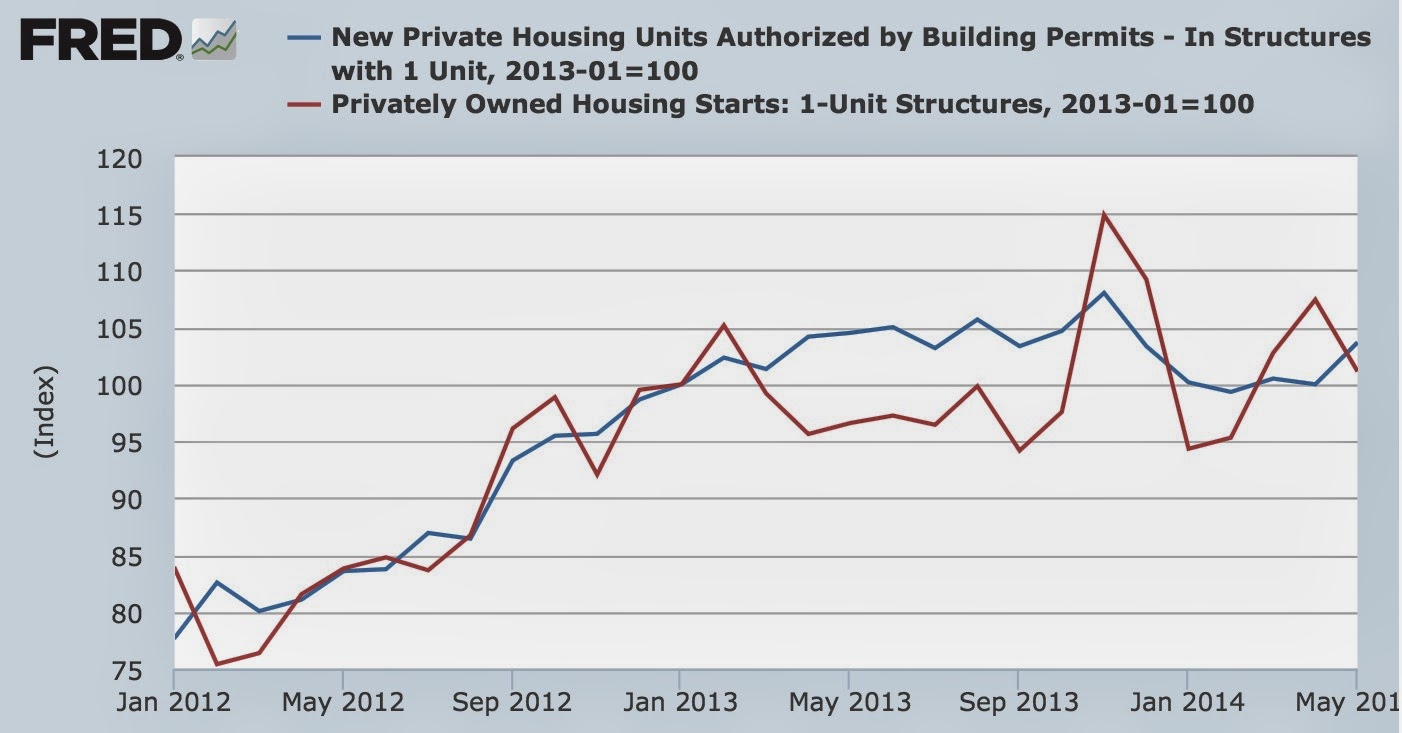 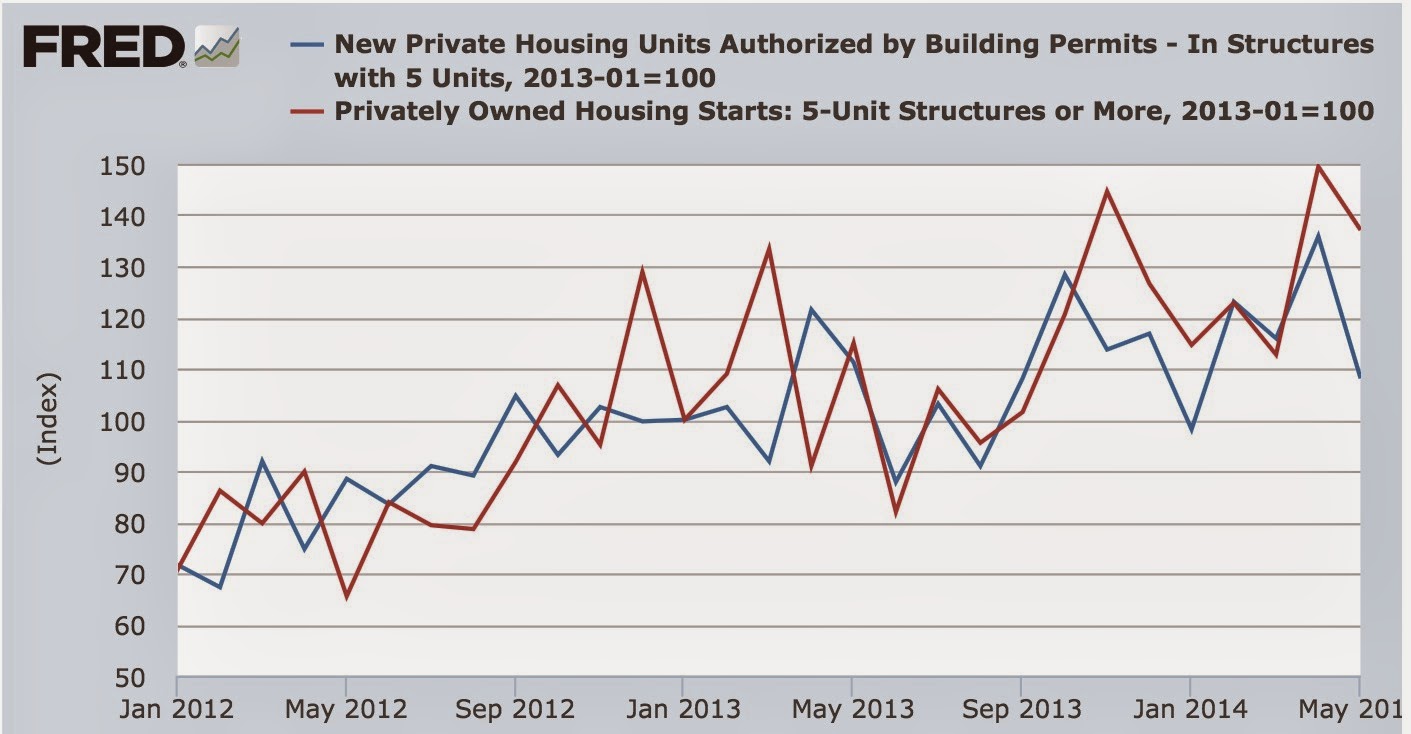 This is where the growth has been for the last year plus.  Note again the anomaly of starts growing more than permits.