A long term look at initial jobless claims shows that hiring, not firing, is holding back employment growth

When was the last time you heard friends, family, or acquaintances worry about being laid off?   Odds are, you've heard very little of that in the last year or two. That's because, American workforces are down to very taut and efficient levels for the level of economic activity.

The monthly jobs report is the net of hiring minus firing. In recent months, there have been 200,000+ more hirings than firings in each month.

A look at initial jobless claims, representing new layoffs, shows that, adjusting for population, it is at or near all-time low levels going back half a century. 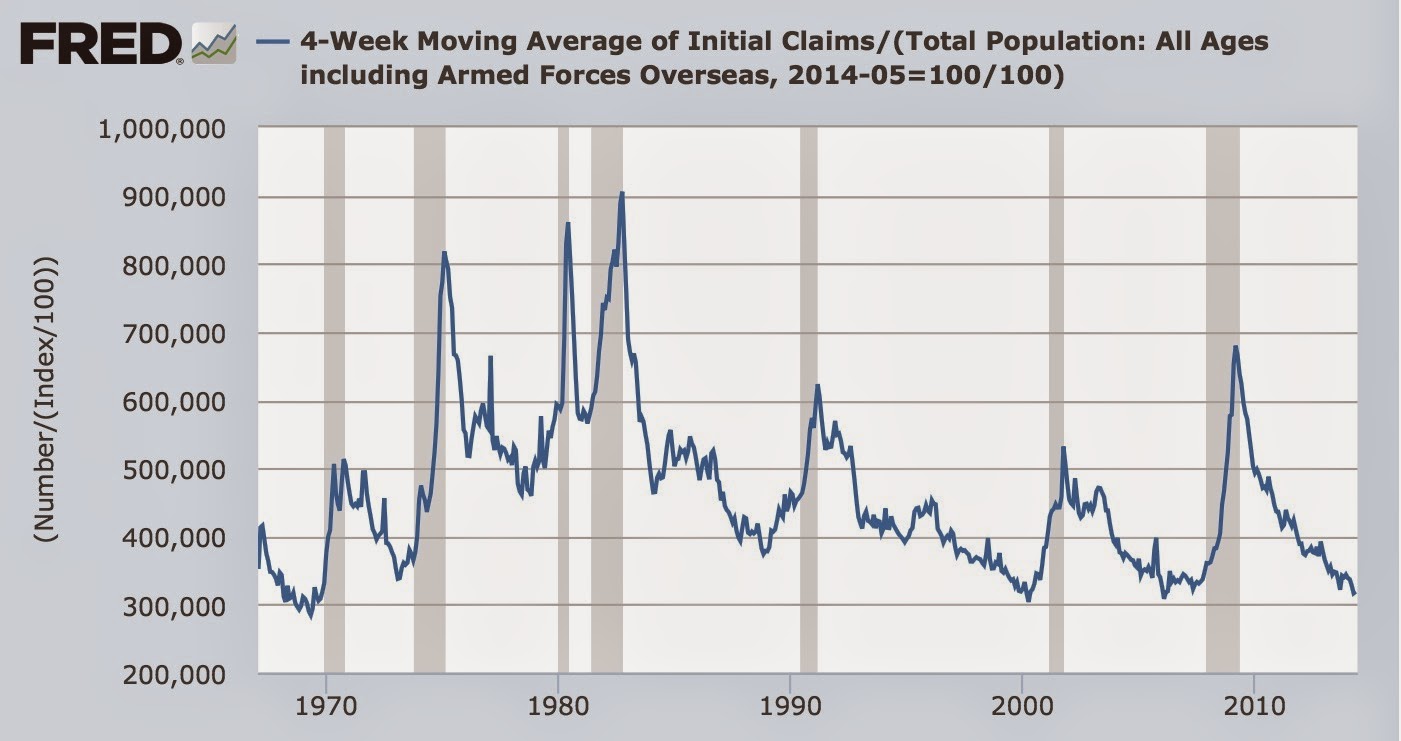 The level now is equivalent to the tech boom low of the late 1990s, as well as the pre-Great Recession low. You have to go back nearly half a century, to the late 1960s, to find a lower rate.

But this statistic is distorted by the huge volume of retiring Boomers.  So, instead of the entire population, let's use the working age 25-54 population: 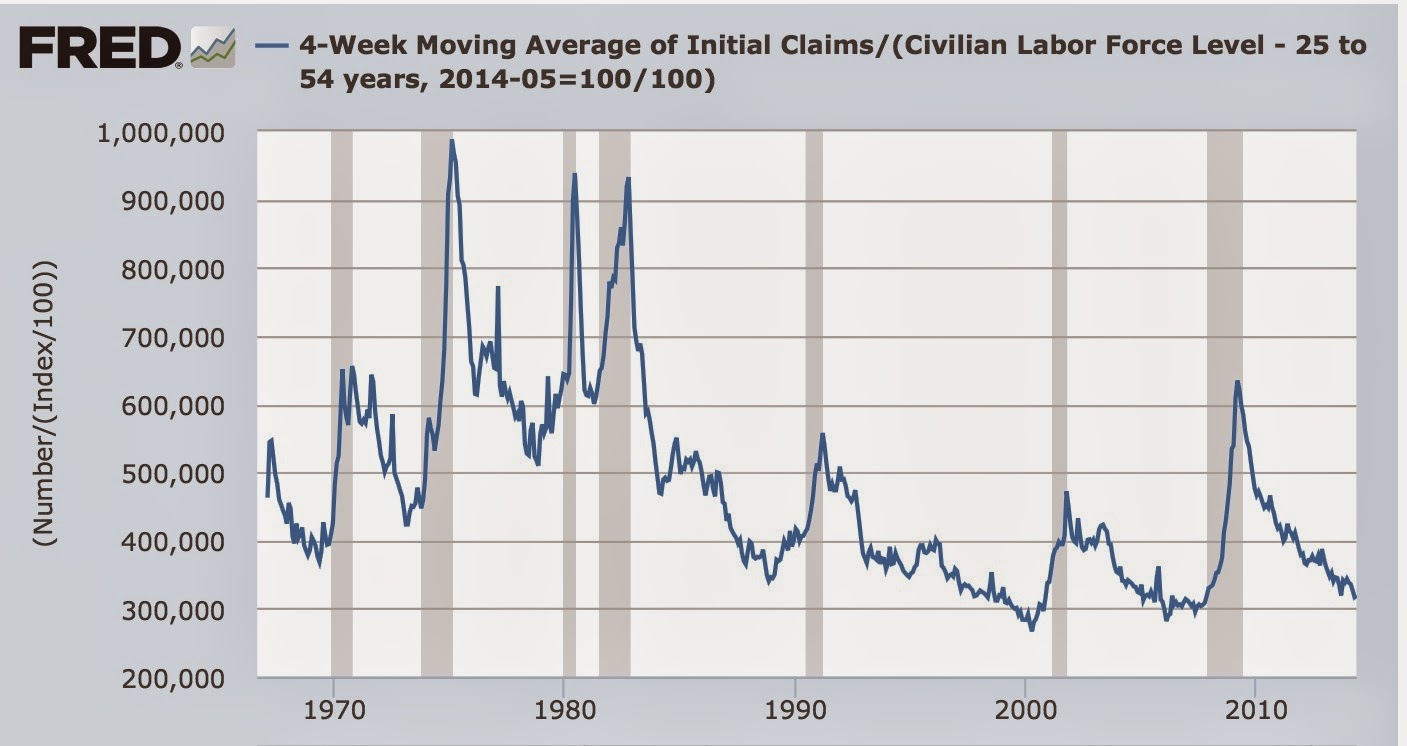 Even using this population as our denominator, layoffs now are at a low only exceeded by the tech boom and the peak of the pre-Great Recession economy.

JOLTS data on total quits and discharges only goes back to the turn of the Millennium, but the same pattern shows: 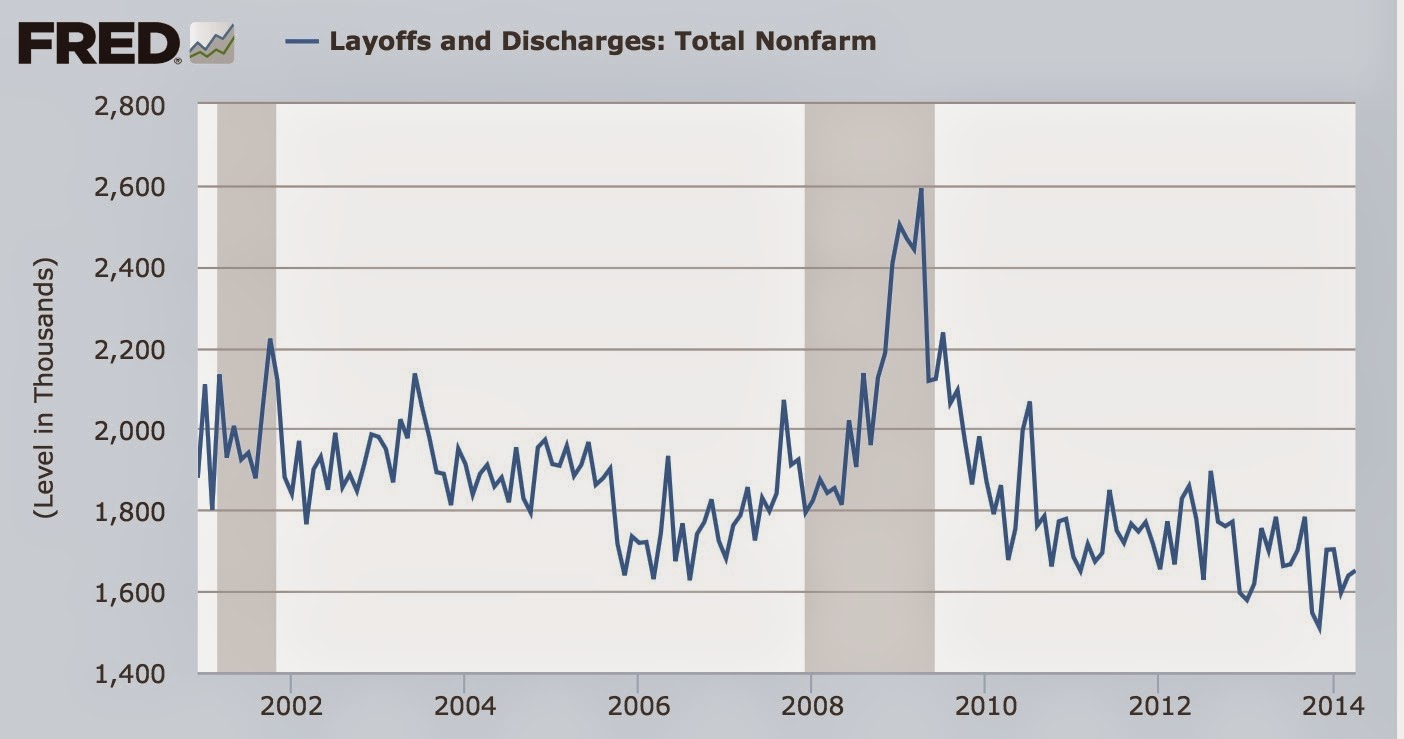 We are near the all-time low for this series.

In short, people who hold jobs now are as secure in those jobs as at any point in the last half century.  The reason that the percentage of the prime working age population of 25 through 54 is still closer to its recession low than its pre-recession peak has everything to do with the slack pace of hiring, and not with firing.