As I suspected, housing starts rebounded strongly from their last two months and blew past the 1,023,000 number that would give Bill McBride the win on our friendly bet.  Starts are the more volatile of the two series, and tend to follow permits by a month or two.

This is also more evidence that this past winter was a real factor in holding down the economy, and there has been a "Spring spring" in almost all of the data.

So, Congratulations to Bill McBride, and it will be a pleasure to make a contribution to the late Tanta's memorial fund.

The interesting thing is, the trend on the most leading indicator of the two - housing permits - continues its deceleration, even if it has not turned negative.  I'll post the graph showing this below as soon as the St. Louis FRED updates their data.

UPDATE:  The regional breakdowns make it clear that the huge increase in starts was due mainly to the severe winter in the Northeast and Midwest holding back demand until April.

Here's the m/m and YoY breakdown in starts by region: 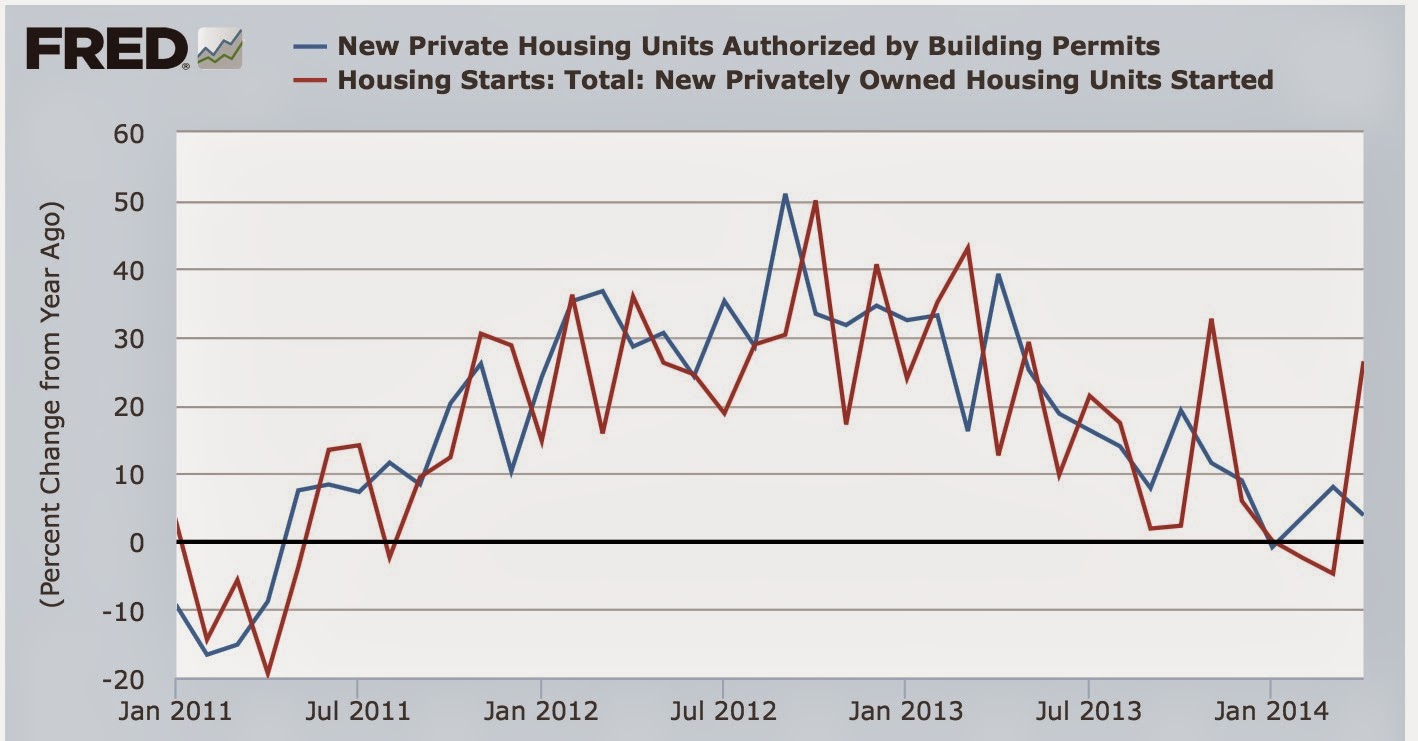 Notice that the decelerating trend in permits is still very much intact.  Note also this month included revisions to the 2013 numbers, indicating that permits were actually negative YoY two months ago.

Next, here is a graph of the percentage change m/m between permits (blue) and starts (red) (squared so that the sign in each is positive.  It does not affect their relative volatility at all): 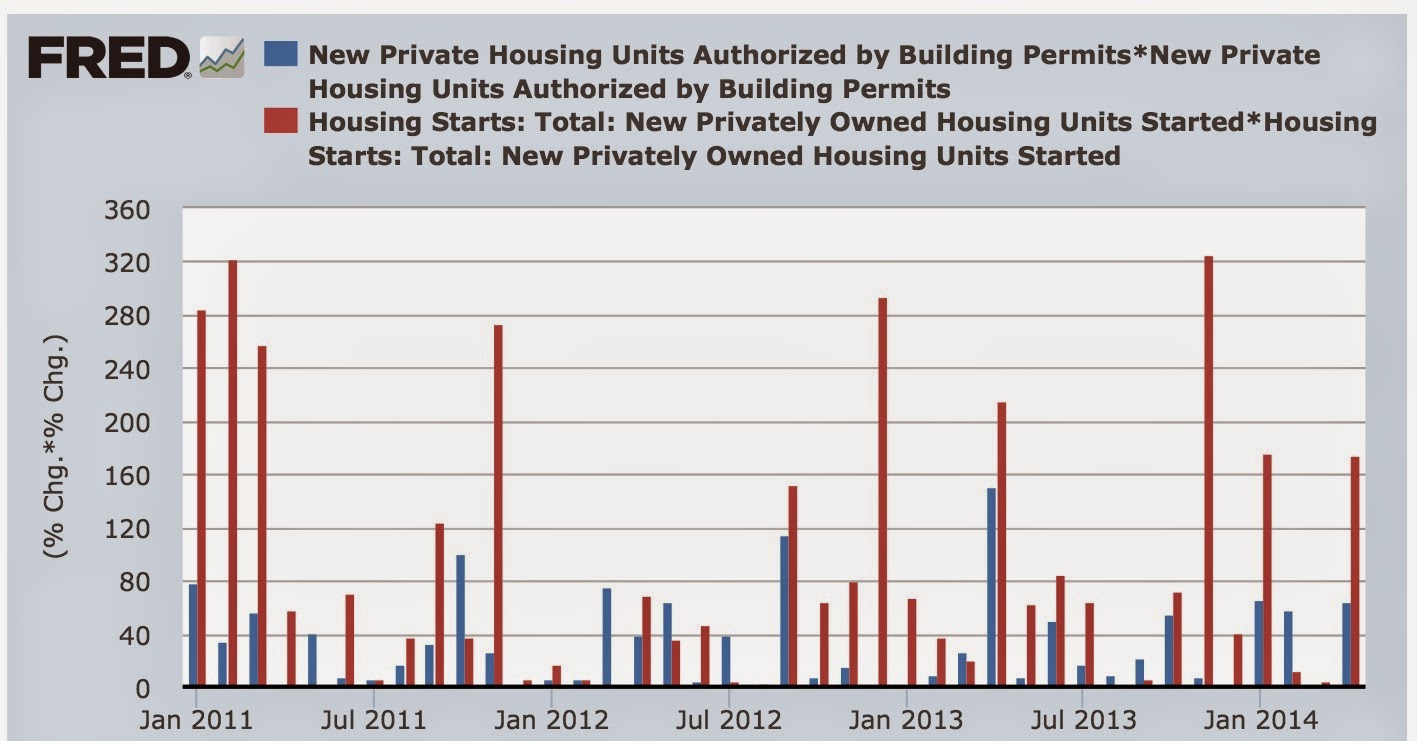 Note that starts are much more volatile than permits.

So, there is still the issue of whether this is a one-off due to the spring rebound from the unusually severe winter, or whether the decelerating trend (as evidenced YoY in permits) will continue.
Posted by New Deal democrat at 7:56:00 AM