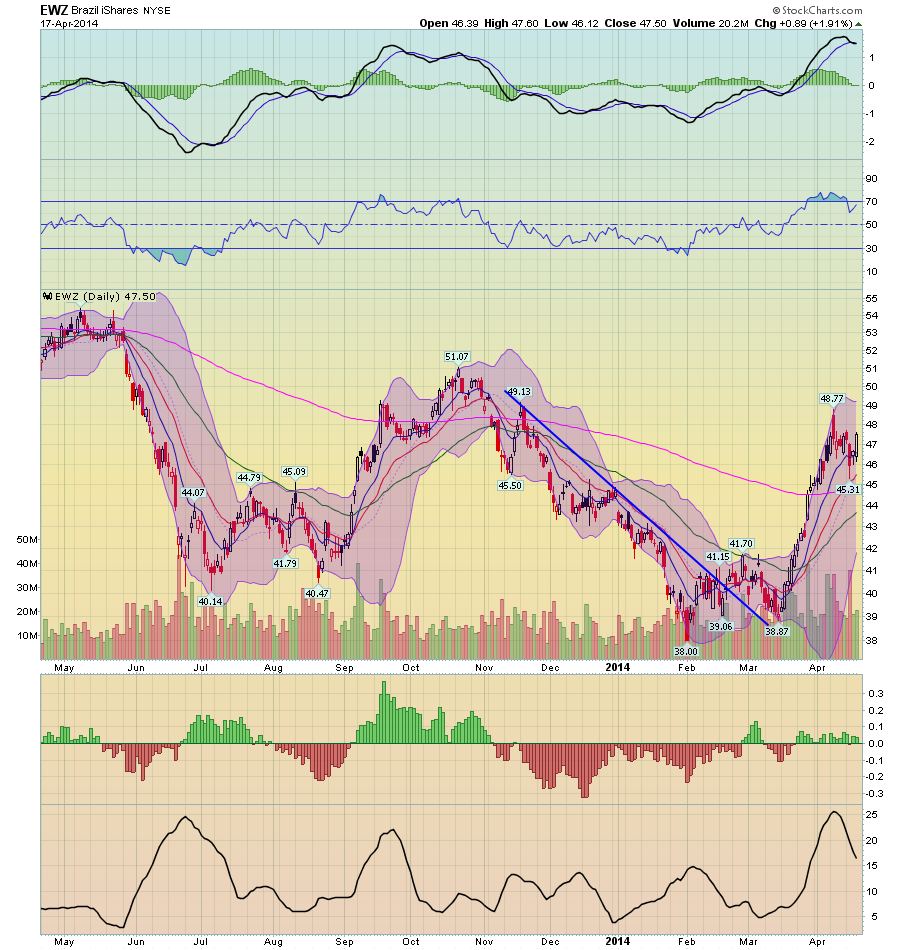 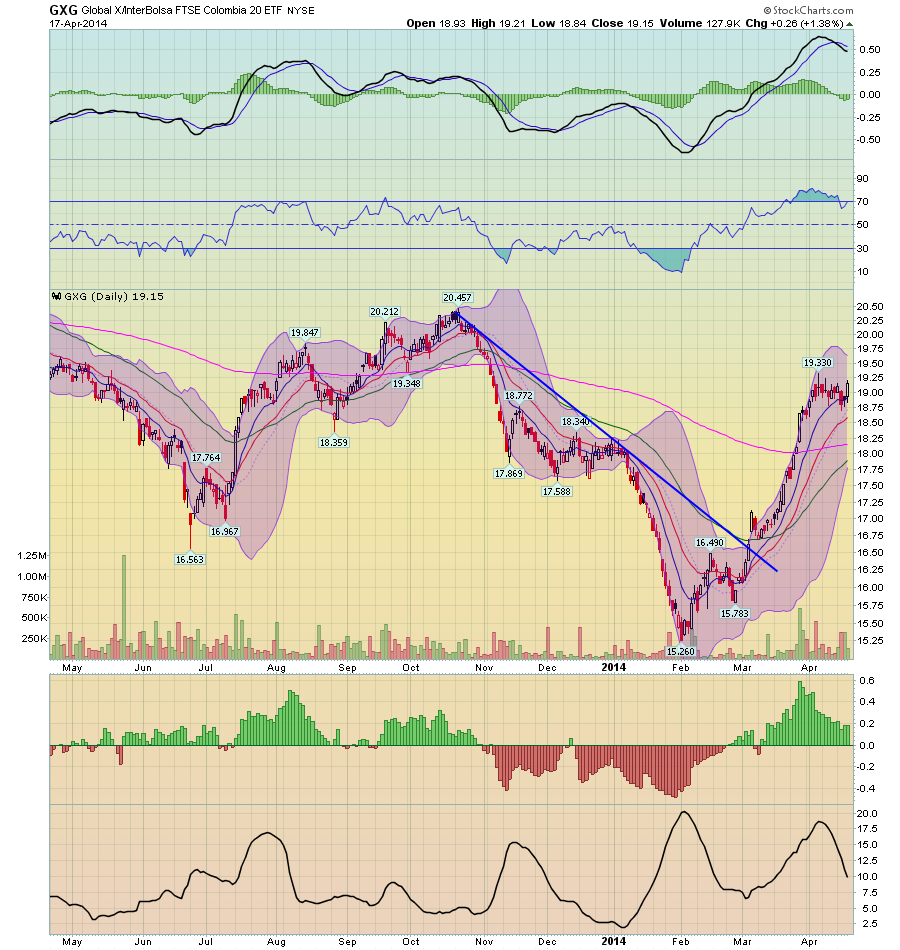 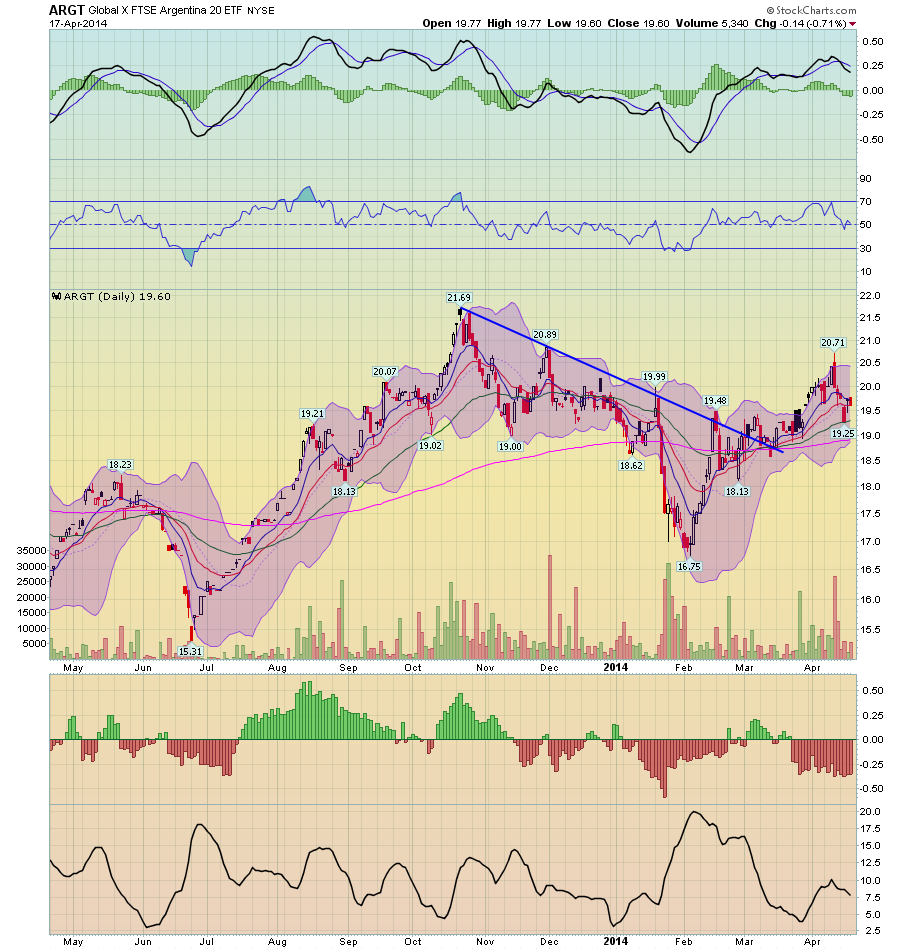 Latin American markets sold off in tandem when the Fed announced the end of QE, which basically reversed the flow of "hot money" funds leaving the US into development markets.  Also hurting these economies is the Chinese slowdown, as many of these countries supply raw materials to the Chinese economy.

But LA has made some impressive strides in its own right, which were heavily discounted in the sell-off.  Traders have obviously reassessed these markets and are again committing funds.

Chile and Colombia are understandable bets; both countries are on fairly decent economic footing.  Brazil is a bit more of a puzzle, as there hasn't been much good news from that country since the first of the year.  And Argentina has some issues, especially with its publicly released economic numbers that make me question its market strength. 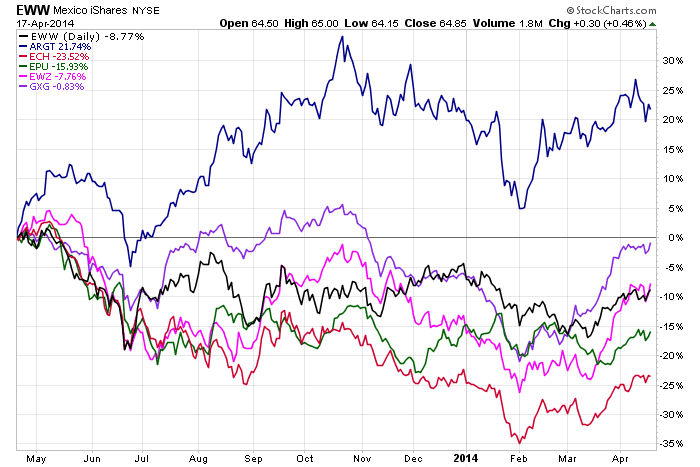 Here's a chart of the regions performance over the last year.
Posted by Unknown at 7:37:00 AM