A cautionary note about employment

A lot of positive anticipation seems to be building about Friday's employment report, with many people predicting 190,000 or even above 200,000.  Most of these optimistic scenarios seem to be built around the recent weeks' rebound in weekly and March data, e.g., vehicle sales.

There may indeed be a post-winter rebound, but I remain cautious about the next few months.

In the first place, initial claims have a good record of anticipating the unemployment rate with a one or two month lag: 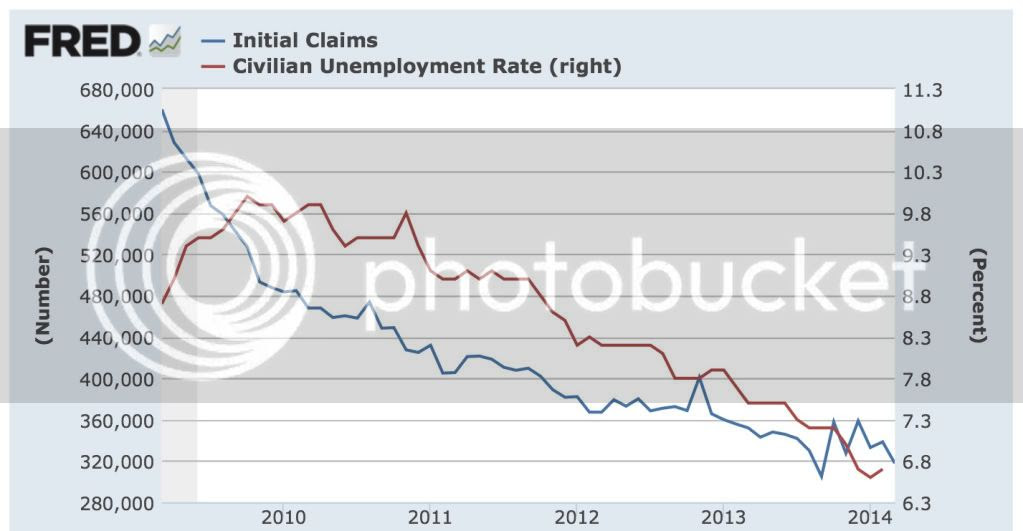 While initial claims dropped to near post-recession lows by the end of March, the unemployment rate is more likely to reflect the January and February increases in layoffs.

Secondly, the jobs report tends to move in the direction of real retail sales with a few months' lag.  Let's first look at jobs and real retail sales as a YoY% change averaged by quarter to cut down on some of the noise: 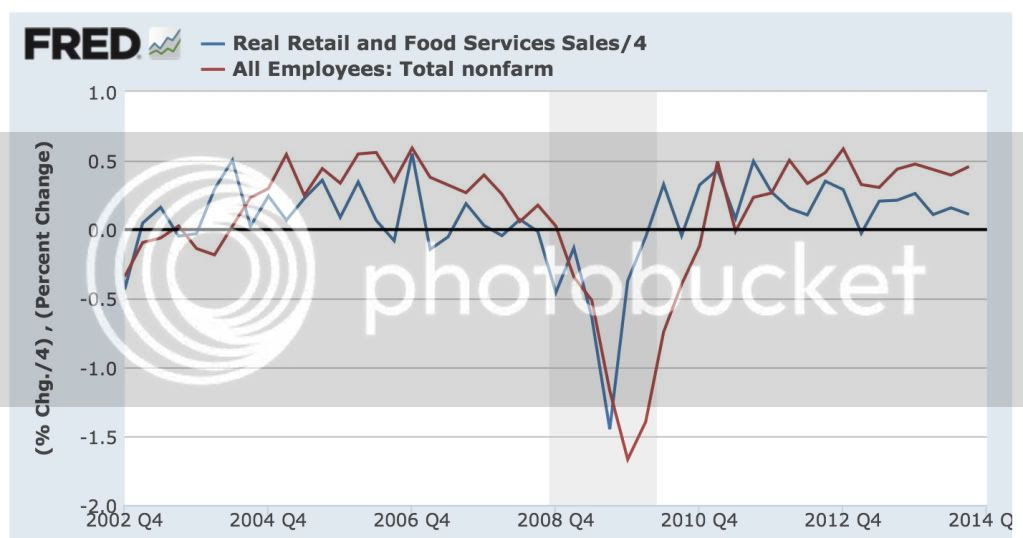 Since the above quarterly look ends with last December, now let me show the same data on a m/m basis: 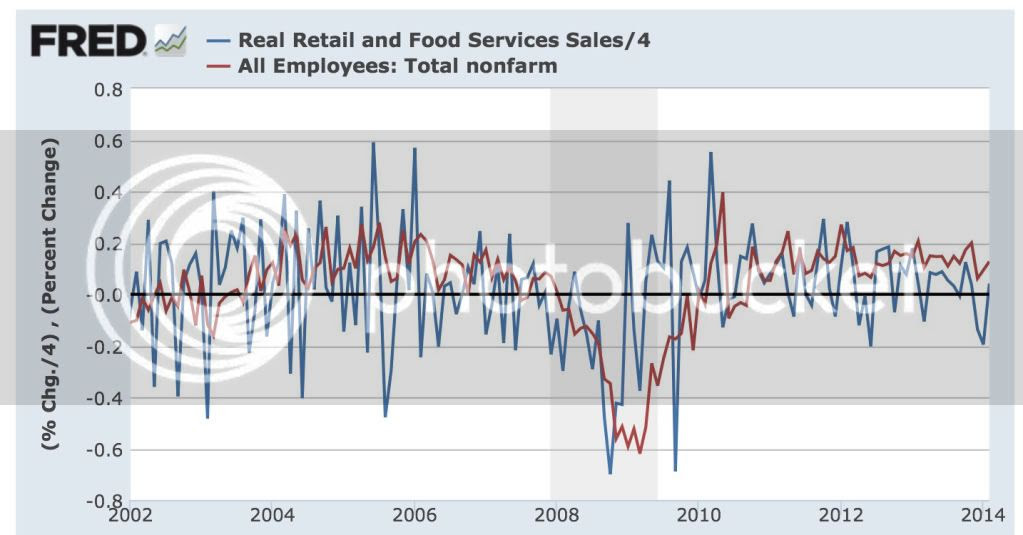 In December through February, real retail sales took quite a hit on a YoY basis.  It's likely those poor comparisons are like to show up in the monthly jobs report at some point between now and mid-year. A negative month is well within the range of reasonable probability.