Germany Heading In The Right Direction

From the latest Markit press release:

Output growth accelerated for the fourth month running in September, helped by a further upturn in new orders, which highlighted that the German private sector economy gained further momentum at the end of the third quarter. Meanwhile, net job creation returned in September and, although only marginal, the pace of employment expansion was the most marked since March 2012.

At 53.8 in September, up from 53.5 in August, the seasonally adjusted Markit Flash Germany Composite Output Index pointed to a solid rise in business activity, with the pace of expansion the fastest since January. The index has now posted above the neutral 50.0 threshold for five months in a row.

And business confidence is also picking up: 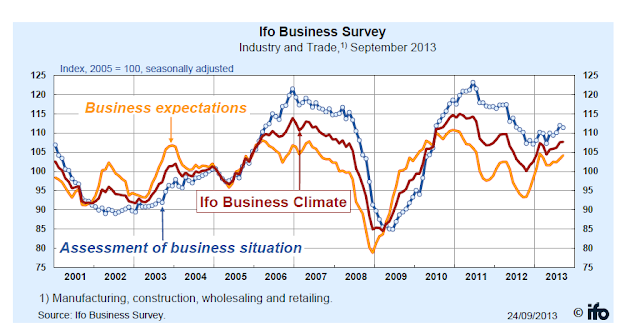 Let's see how this information is effecting the markets. 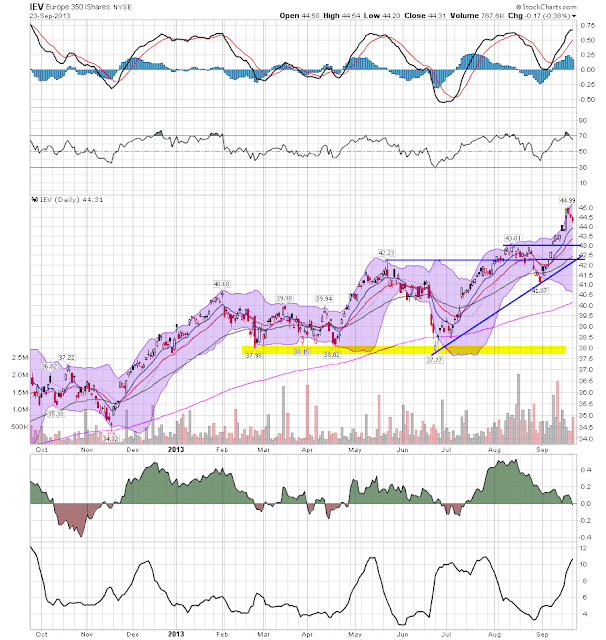 First, Europe in general is rallying.  The IEVs broke through resistance at 43 several weeks ago and continued to move higher.  The shorter EMAs are rising and providing technical support for the move higher.  Momentum overall is positive. 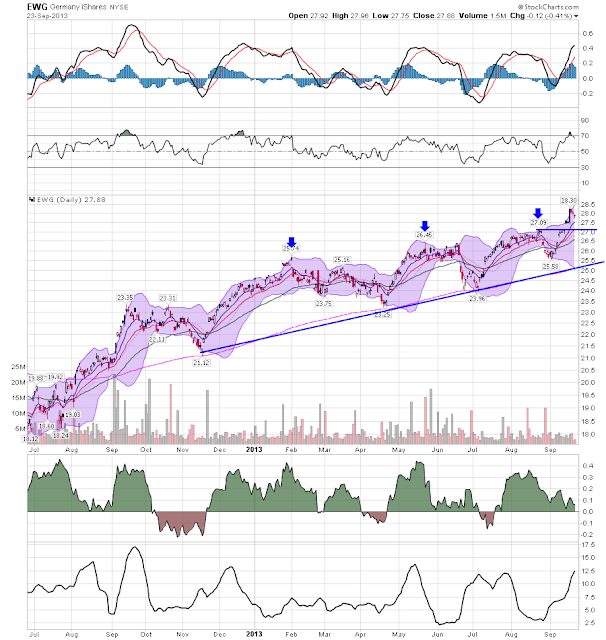 The German ETF is in a slow uptrend, printing continually higher highs (see arrows at 25, 26 and 27).  The 200 day EMA is providing long-term support for the rally.  Momentum is ebbing and flowing but staying in a positive range.
Posted by Unknown at 10:30:00 AM