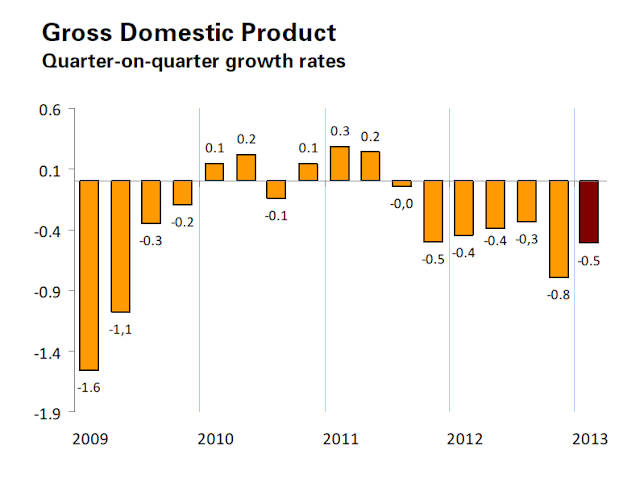 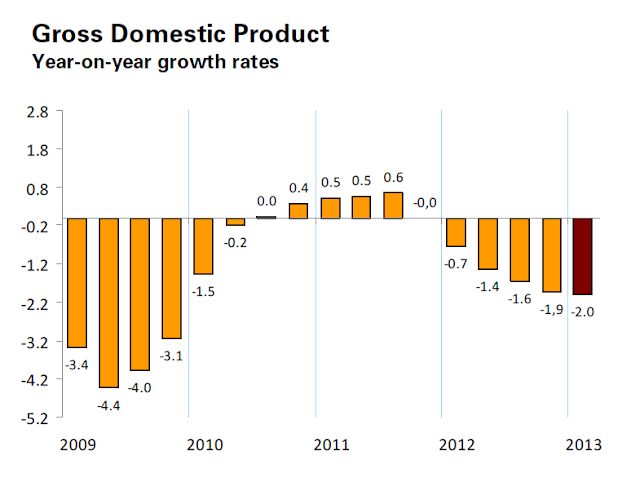 The economy has been experiencing negative quarter on quarter growth rates for 8 quarters or two years.  Just as importantly, consider the year on year growth rates in the second chart that show a contraction for five quarters.

Let's look a little deeper into the GDP numbers. 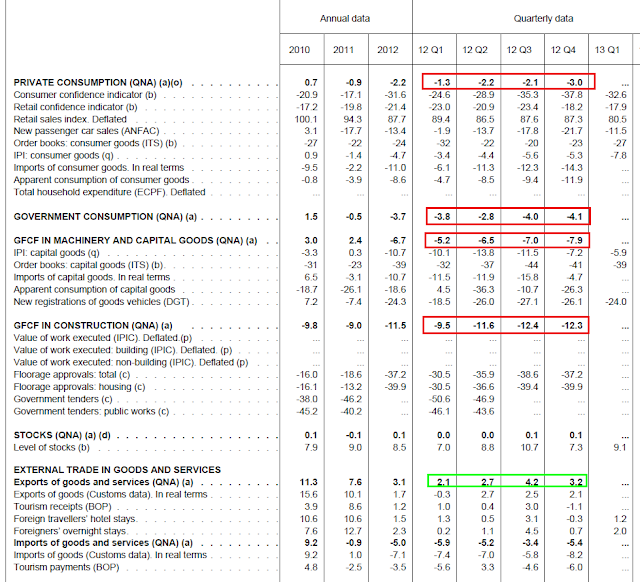 With the exception, we see a decrease in the annual percentage changes of all major GDP components.  And these are not small changes: machinery investment is dropping on average at a 6.65% rate, construction is dropping at an 11.45% rate, and overall PCEs are dropping 2.15% rate on average.  The only good news is coming from exports which are increasing.

Let's place this information into a market context by looking at the Spanish ETF, EWP. 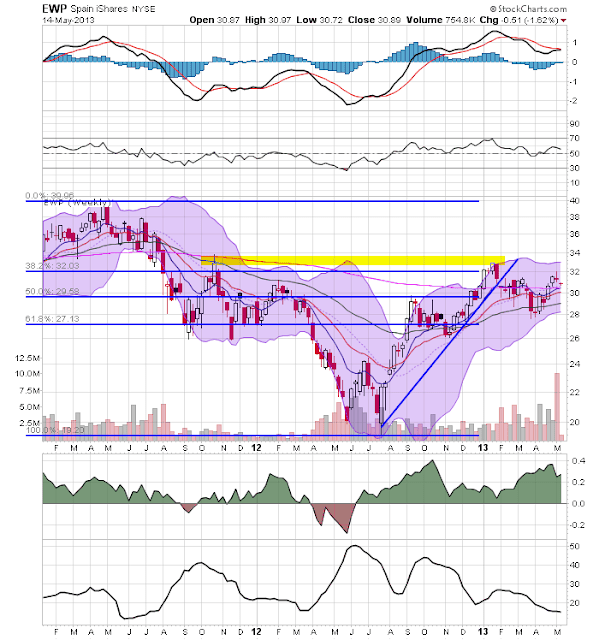 Notice three basic price trends.  First we see a decline from April 2011 to July 2012.  Prices consolidated about half way down between the 26 and 32 price level.  Starting at the end of last summer, the ETF rallied as the ECB stated it would do "whatever it takes" to keep the euro together.  However, we see that rally end in the spring of 2013 as negative news about the EU region started to increase. 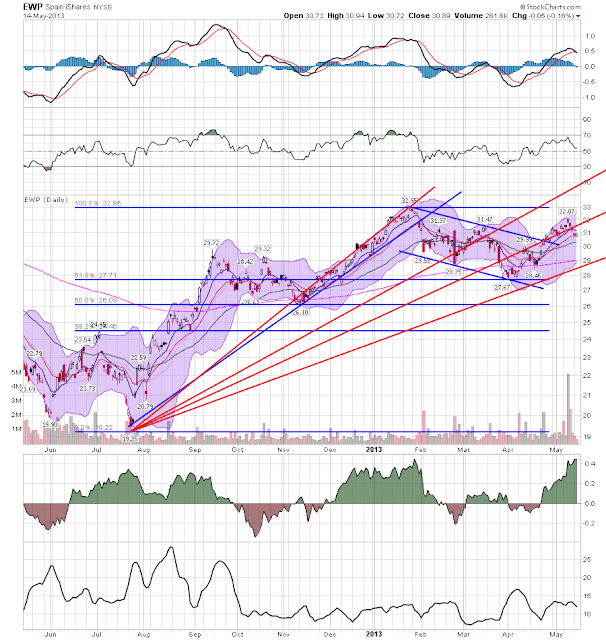 On the daily chart, we see the trend break right at the end of January.  However, the sell-off was quite disciplined; notice that prices moved lower in a downward sloping trend channel, to right below the 200 day EMA and the 61.8% Fib level from the late summer-early spring rally.  Prices are now meandering with little sense of direction.