No, We're Nowhere Near A Housing Bubble

Dear God ... I am constantly amazed at the doomers and their complete inability to look at data through anything but a "sky is falling" mentality.  Now there's talk of a new housing bubble forming.  Let me debunk this right now.

First, yes prices are increasing at strong rates.  There are several reasons for this, the most important of which is a small inventory (all graphs are from Calculated Risk). 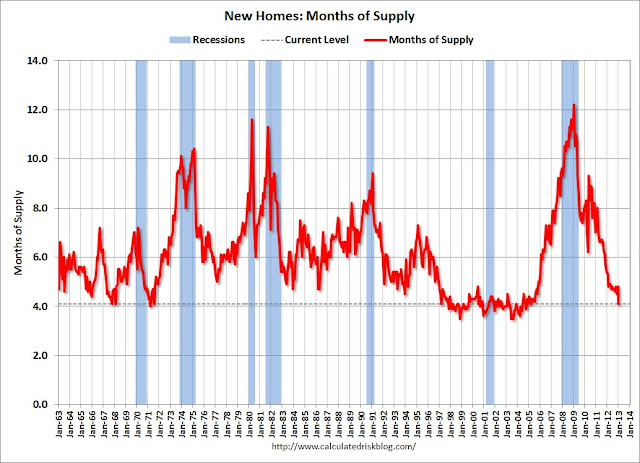 Notice that the months of available inventory for new homes is near the lowest level seen for nearly 50 years.  Economics 101: low inventory+higher demand = increasing prices. 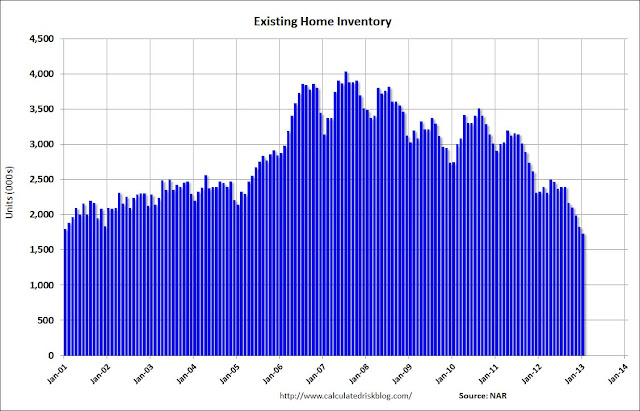 And -- how can we have another bubble when sales are still this low?  Consider the following charts of new and existing home sales: 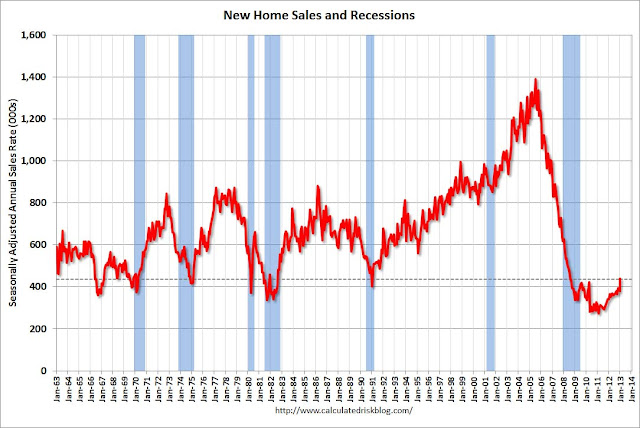 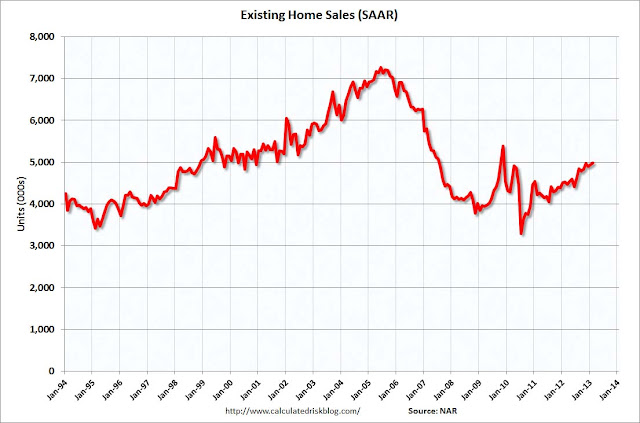 New homes sales are still near 50 year lows and existing home sales are at levels from the early 2000s.

But Bonddad!  Lumber is crashing!  That means the new home market is drying up!

No.  First, take a look at the pace of building permits: 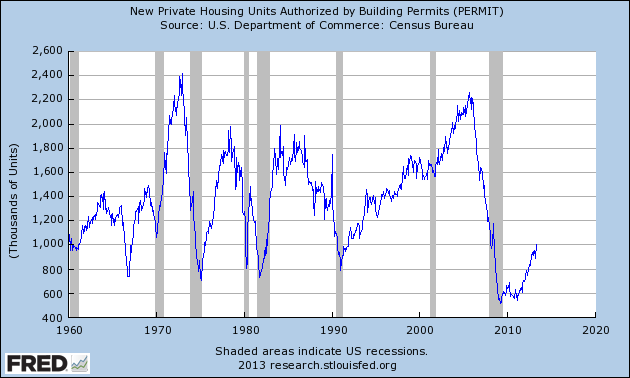 Building permits bottomed hard at the end of 2009, but have been steadily climbing since.  And then there is housing starts: 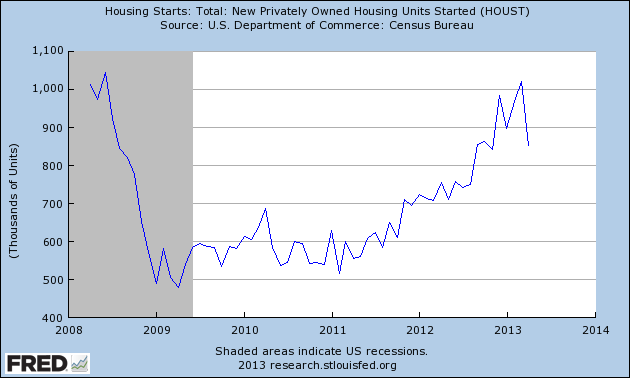 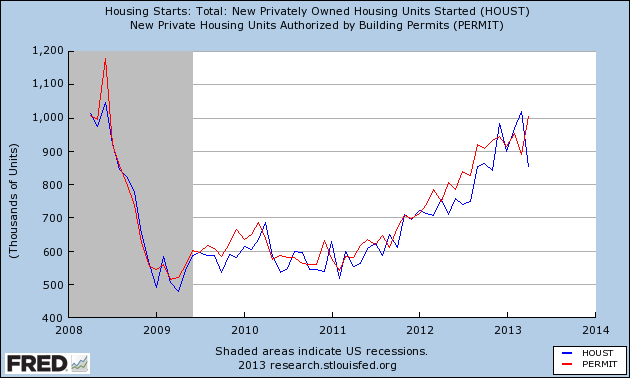 So -- why is lumber dropping?  Because all commodities are dropping.   As I noted on May 17, there is no inflation in the system.  As a result, commodity bets are dropping across the boards.  All major asset classes -- grains, softs, oil, copper, precious metals -- are at low levels.  The great commodity bull run is over; hedge funds and large investors are dropping this asset class in a big way. Take a look at the charts for these sectors in this post from a few weeks ago.

To make the argument that we're in the middle of a housing bubble when the economy is slowly growing (2.4% annual growth rate), with unemployment still over 7% is just ridiculous.