Brief Overview: Copper sold off yesterday. While the daily chart is now at key trend support, the weekly chart shows a continued consolidation.  The BRICs are looking weak, with the exception of China.  India and Russia have broken trend and Brazil has hit upside resistance.  Even China is looking a bit weak. 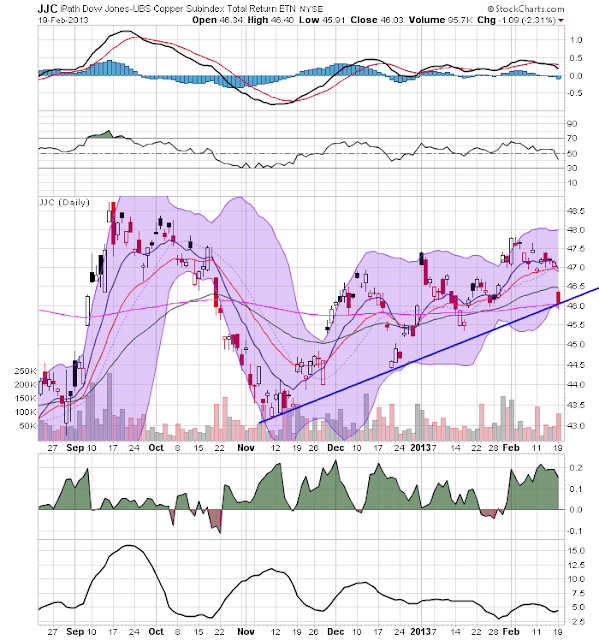 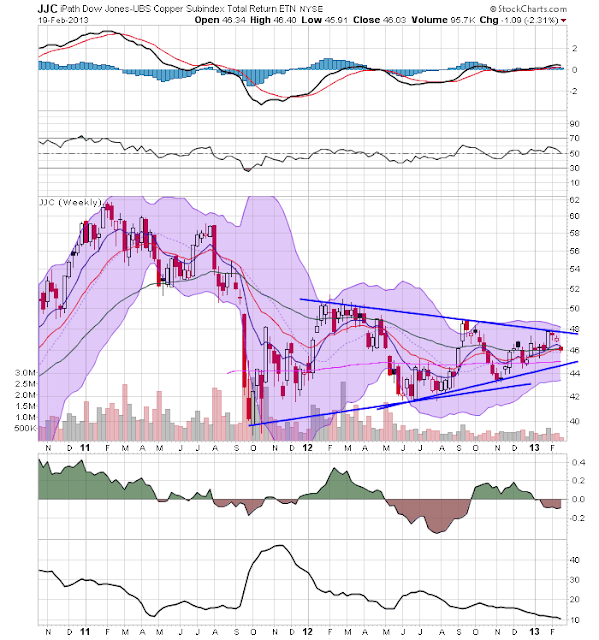 The daily chart for the copper (top chart) ETF is very weak.  There is no upward momentum in the chart and minimal volatility.  While there is a strong volume flow into the security, it's not translating into a rally.  Yesterday, prices sold-off to the 200 day EMA and upward trend line.  On the weekly chart (lower chart) notice that prices area still consolidating.  Again, notice the remarkable lack of momentum. 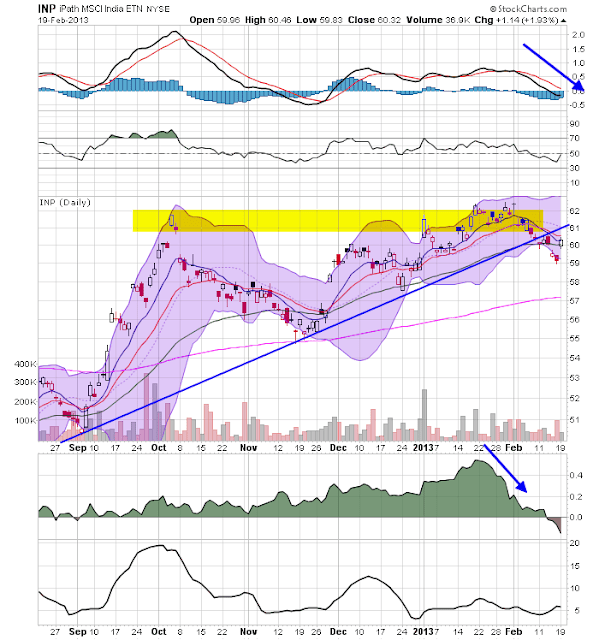 The Indian ETF has broken trend.  It has fallen through support and is currently in the middle of a quick upside bounce.  Momentum is dropping and the CMD is negative.  This is a decent shorting opportunity. 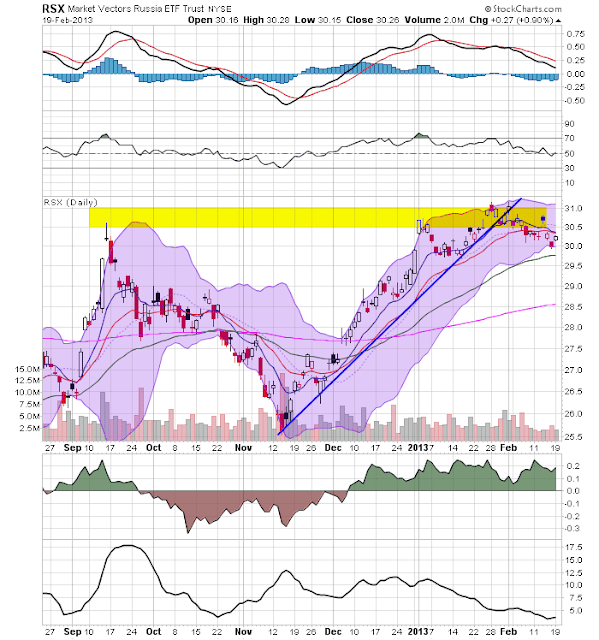 The Russian ETF hit resistance around the 31 area and started to move sideways with a slight downward trend.  Prices are now below the 10 and 20 day EMA and looking to use the 50 day EMA as support.  Also note how the MACD peaked and started to move lower before the market topped (the MACD's peak was in early January while the market peaked in late January) telegraphing the sell-off. 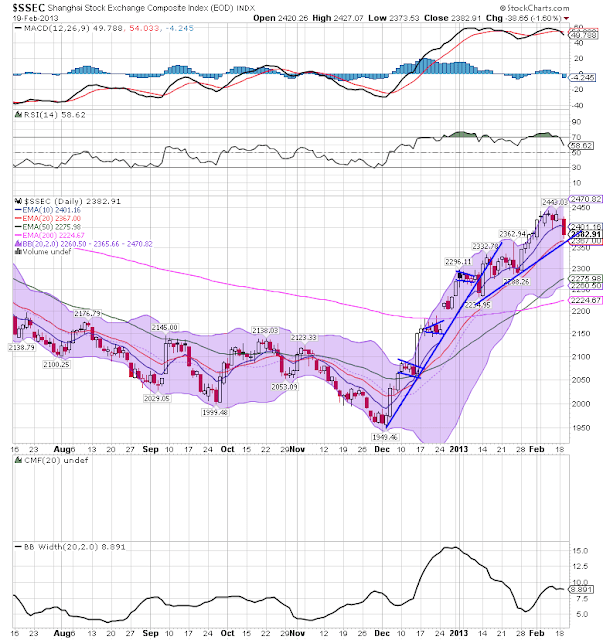 The Chinese market had a big sell-off yesterday, with prices moving through the 10 day EMA.   Also note how the recent MACD print was at the same level as the previous high.  At the same time, prices moved higher, indicating the momentum was dropping a bit. 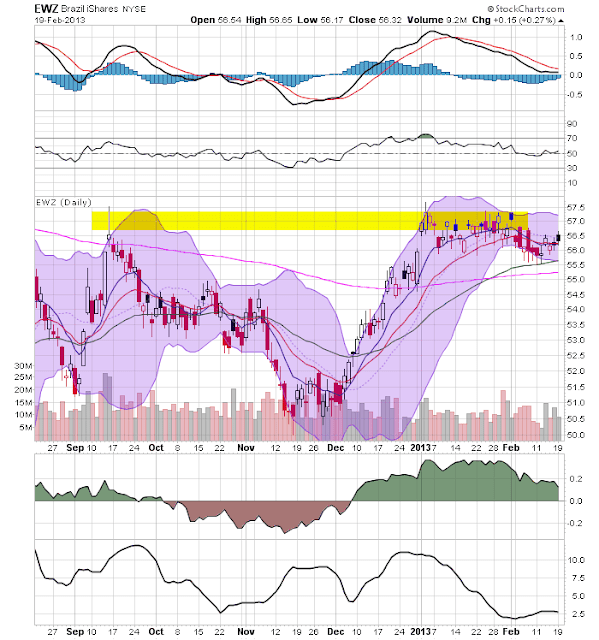 The Brazilian ETF rallied about 15% from the beginning of December to the beginning of January (50 to 57.5).  However, since then, prices have stalled.  We see a slight dip at the beginning of February but we're still above the 200 day EMA.  While the MACD is declining, this MACD pattern is also present when prices consolidate.  The big question for this chart is if it holds about the 200 day EMA; a move below would lead to further selling.
Posted by Unknown at 6:00:00 AM