The EU's Recession In Ugly Pictures

Consider the following charts of economic activity from the Euro area:

Courtesy of Dr. Ed, we see that overall EU industrial production hasn't recovered to its pre-recession levels with the exception of Germany.  Most troubling is France, as it is the second largest economy in the Union and is in danger of slipping further into negative territory. 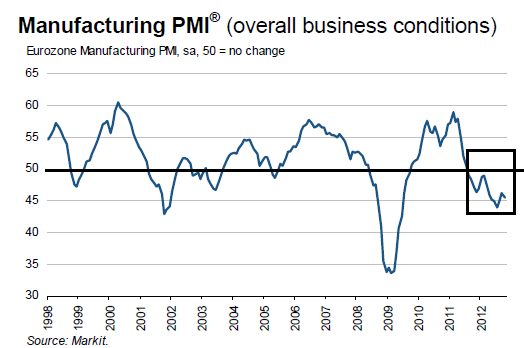 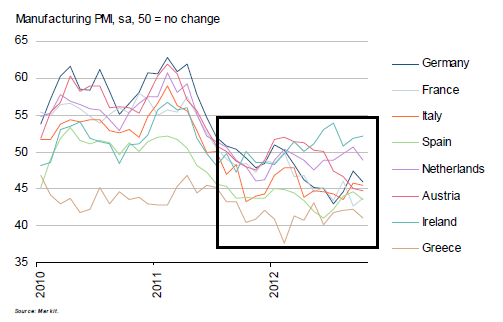 And consider these two charts from the latest Markit Manufacturing survey.  The top chart shows that overall manufacturing in the EU area has been contracting for over a year.  The bottom chart shows that this problem is widespread, with most countries save Ireland below a reading of 50, indicating expansion.

Overall GDP growth has been weak for six consecutive quarters.  We see two straight quarters of slight contraction (the textbook definition of recession).  In addition, save for the zero print three quarters ago, the region would have seen six straight months of contraction.

Year over year retail sales have been negative for the last two years. 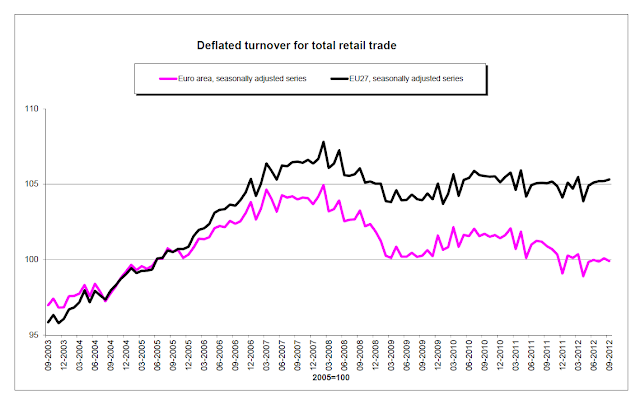 Above is a chart of retail sales for both the EU core and overall EU 27.  Note that neither total has rebounded to pre-recession levels.  The only element keeping these figures from collapsing is the steady performance of the EU 27, which are simply moving sideways. 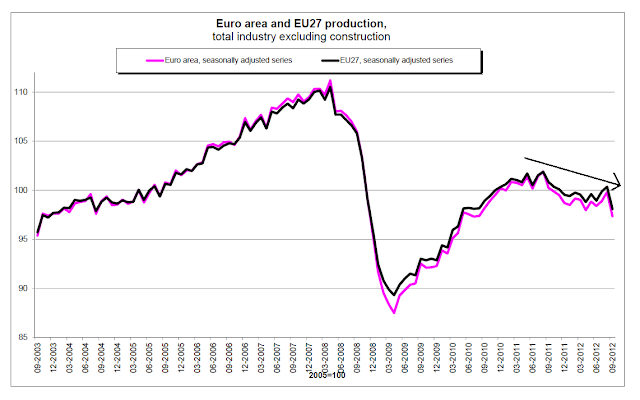 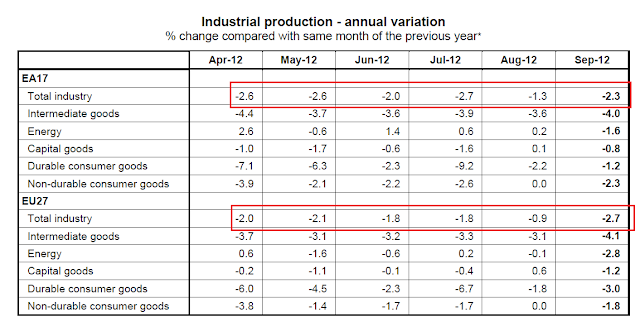 The top chart shows that overall IP has been declining since 3Q22.  The lower chart shows the YOY rate of decline in both the core and periphery group has been sharp for the last six months.

And the unemployment rate continues to inch higher.

The above charts paint a very disturbing picture: the EU is in a recession and is currently showing no clear path out.