In his 1992 book, Prof. Geoffrey Moore, the founder of ECRI, identified 4 data series that turned more than 1 year before business cycle turning points:

That all of those turned down in late 2010 or early 2011 is the primary reason, along with the Oil choke collar, that I foresaw weakness in the first half of this year.  By the second quarter of last year, however, each was improving again.

With the possible exception of corporate profits, each is still in an uptrend.

First of all, here's housing permits: 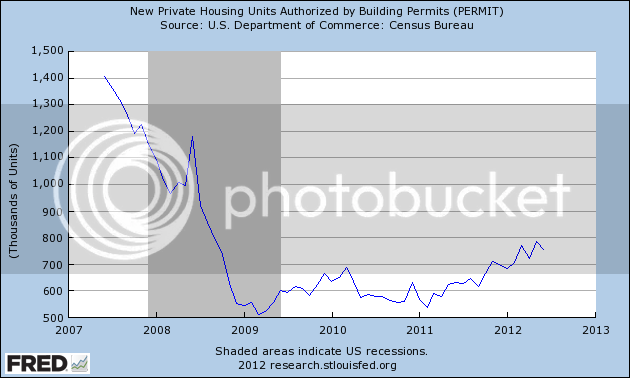 Housing permits last bottomed 18 months ago.  They continue to run about +200,000 compared with a year ago.

Next, here's corporate profits after taxes (red) and also after inventory adjustments (blue): 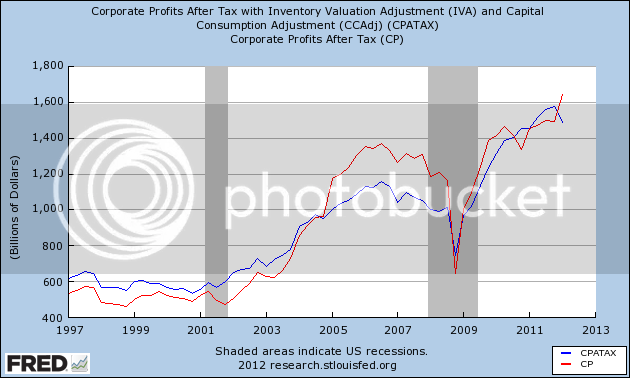 Bond yields continue to decline to new lows, as they have since the beginning of 2011.  Since this series is inverted as a long leading indicator, this is positive: 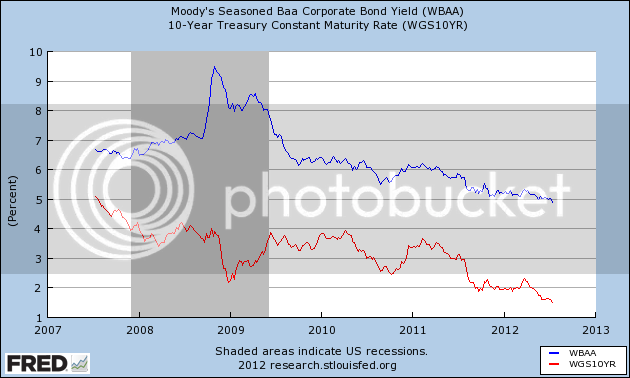 Finally, real money supply, both for M1 and M2, has been positive for over a year: 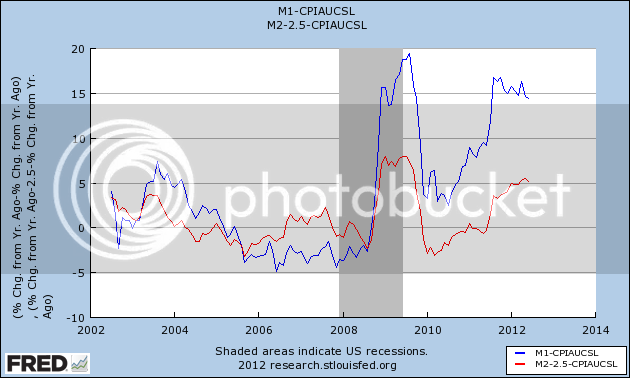 Although at the moment the economy looks to be teetering on the edge of recession, if we simply follow the series that Prof. Moore studied for half a century as long leading indicators, the situation should improve later in the year.