The NAFTA Trade Story Is Actually More Important Than China

While all of our press seems to be concerned with China, this really isn't the big trade story of the US.  In reality, Canada and Mexico combined (the NAFTA countries) are out biggest trading partners.  Consider these charts from the US Census: 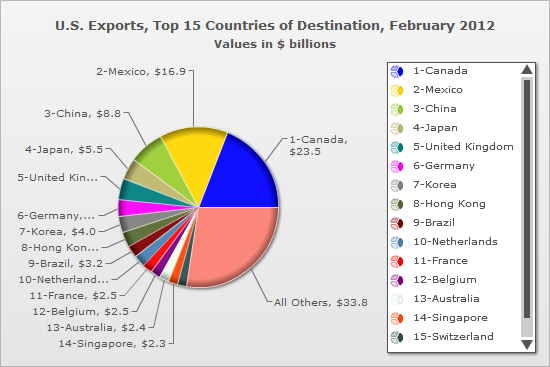 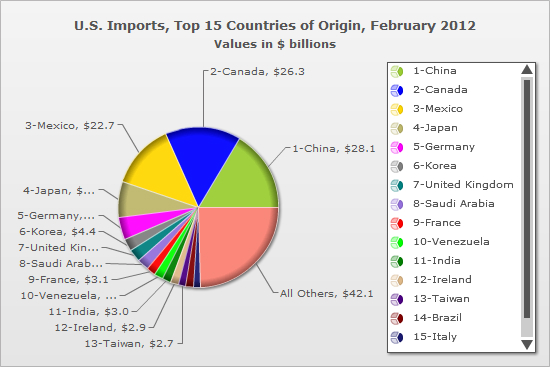 While China is an important export destination, it only accounted for $8.8 billion in February, whereas Canada accounted for $23.5 billion -- nearly three times as much.  And Mexico accounted for nearly two times the Canada trade.

China is the top country from whom we import, totaling $28.1 billion in February.  However, Canada is a very close second with $26.3 billion and Mexico is also a pretty close third with $22.7 billion.  Combined, the NAFTA countries account for 1.75 times the number of imports as China.

And consider these charts about the trade balance.  First, let's look at Canada: 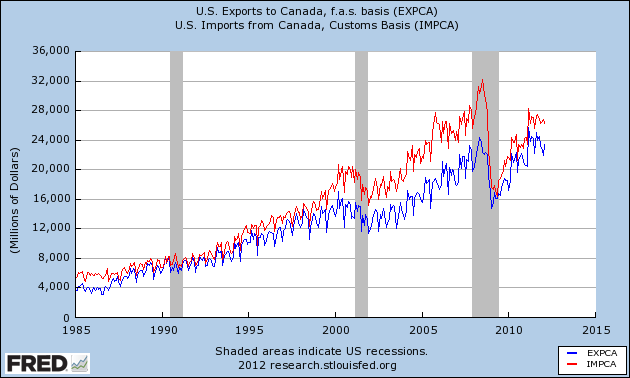 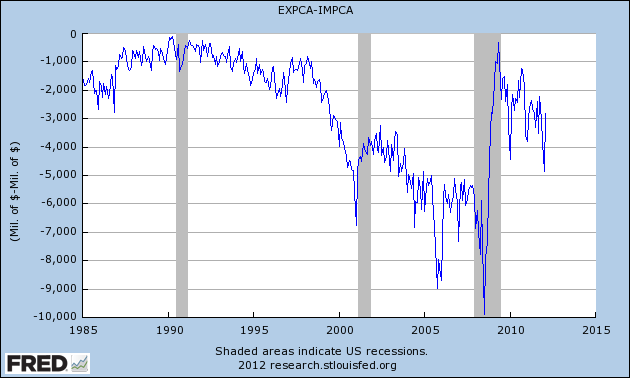 Both charts show the same data, but in different ways.  The top chart shows exports (blue line) and imports (red line) to and from Canada, while the bottom chart shows the trade balance (exports - imports).  The trade balance started to go strongly negative in the late 1990s and continued to deteriorate, but has been far less so as a result of the Great Recession. 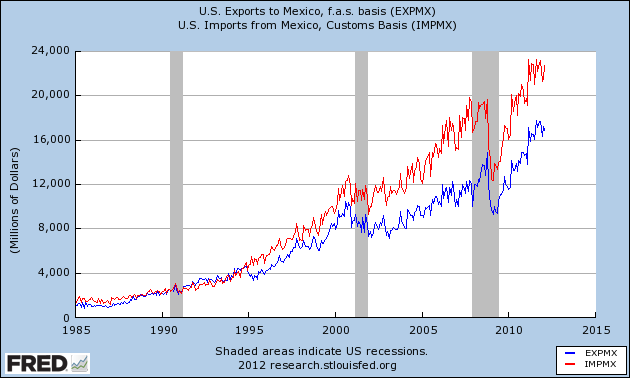 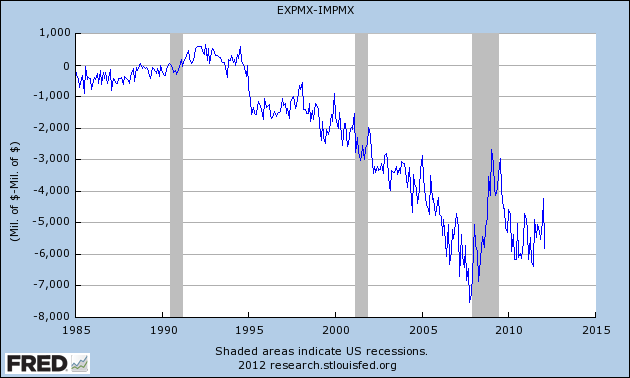 The US/Mexico charts show the exact same relationship, although since the end of the recession trade with Mexico deteriorated far less and is also closer to pre-recession levels.

So -- why is no one talking about this in the same way we are with China?