This is the beginning of the end of the housing bust

A month ago when housing starts and permits were reported, I wrote: Psst: Is this the beginning of the end of the housing bust? With this morning's report of 681,000 permits issued, I believe we can affirmatively answer, YES.

As I said last month, housing construction is a long leading indicator, indeed along with interest rates probably the most important one. So those commentators who say that we won't get housing improvement until we have job improvement have causation exactly backwards. Rather, it is much more likely that we won't get more meaningful job improvement until we have more meaningful housing improvement. Further, the decline in housing starts and permits after the expiration of the $8000 housing credit was probably an important factor in the slowdown in GDP earlier this year, and as I wrote last week, probably plays a role in ECRI's recession call.

This morning's report of 681,000 housing permits is with the exception of the month when the $8000 housing credit ended, the highest in 3 years [note: the St. Louis FRED hasn't updated its graphs yet, so the 4 graphs below do not include today's report]: 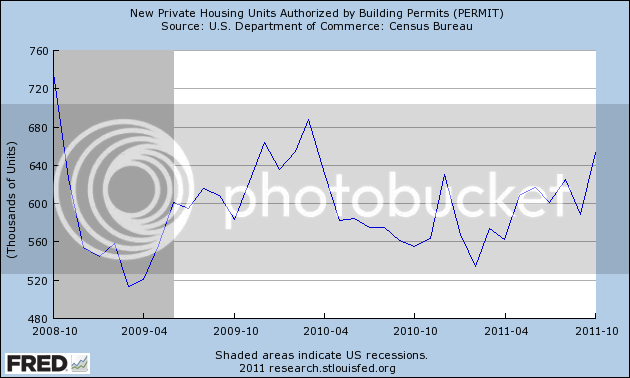 In the past it has typically taken an improvement of 200,000 housing starts from the bottom to signal that a housing-led expansion has begun: 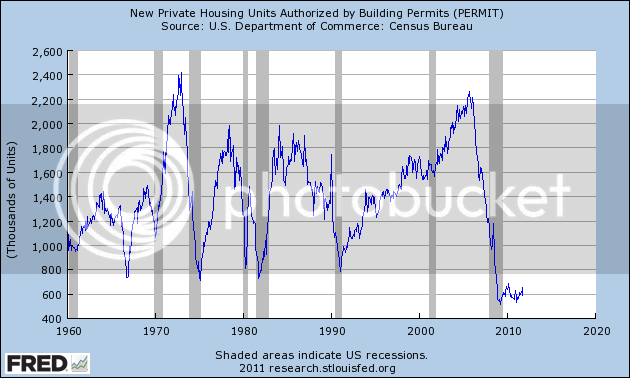 Another way of looking at housing and expansions is to measure the YoY improvement in the raw numbers. Typically in expansions there have been sustained periods of 200,000+ growth YoY: 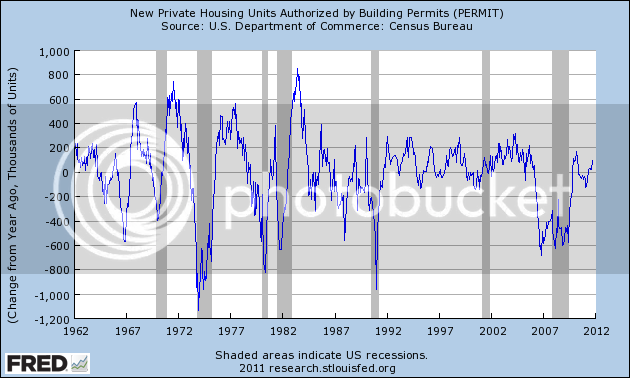 With today's number we are 60% of the way there, for the first time without help from the housing credit: 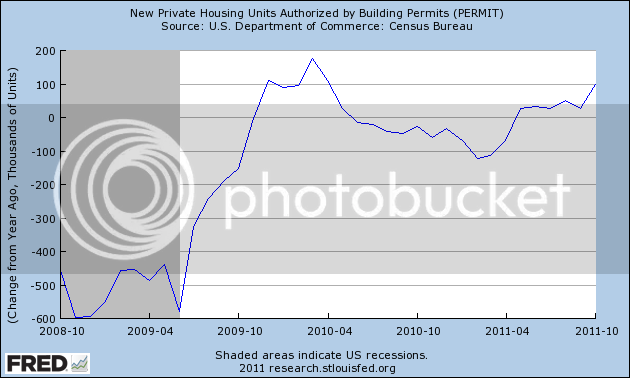 While by no means are we at the end of the housing bust, today's number serves as confirmation that we are at least at the beginning of the end.
Posted by New Deal democrat at 10:00:00 AM