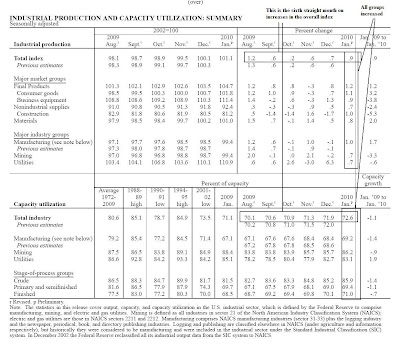 Also note that -- with the exception of construction -- we've had a majority of months show an increase for both overall production and capacity utilization for all industry groups and market groups. In short, the above chart is clear: things are getting better. 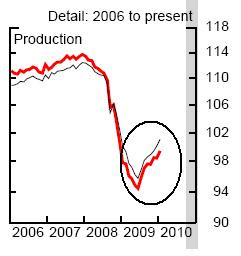 Above is a chart of overall industrial production. Note how it graphically shows how the number is improving.

Finally, note that capacity utilization is increasing as well.
Posted by Unknown at 2:30:00 PM