Last Friday the BEA released the personal income and expenditure report. Here's the main information in the report:

Let's break the information down into sub-categories. Click on all images for a larger image. 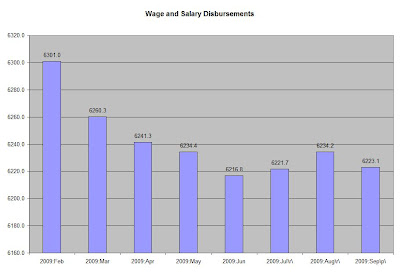 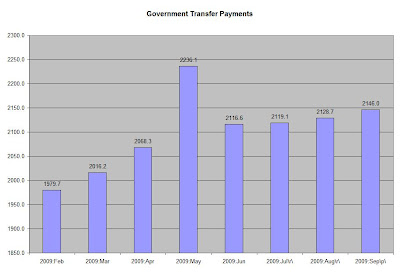 Note that wage and salaries appear to be bottoming. They have been printing in a smaller range for the last four months. In addition, government transfer payments are more or less holding steady at current levels. My guess is this is the result of increased unemployment/personal assistance payments. 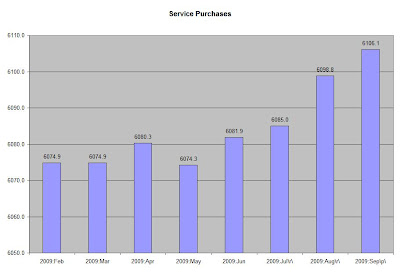 Service purchases have been increasing since May. 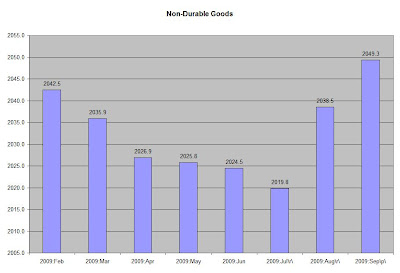 Non-durable purchases were decreasing until July but have risen strongly the last two months. Remember -- these aren't durable (as in cash for clunkers).