This Guys Worth $50 Million?

Ford Motor Co. plans to tell Congress it is retooling itself to build small fuel-efficient cars and break from the past strategy of focusing mainly on large pick up trucks and sport-utility vehicles, and will cut the compensation package of Chief Executive Alan Mulally, as part of its bid to win support for a federal bail out of the Big Three auto makers, a person familiar with the matter said.

It is unclear how Mr. Mulally's pay package will be reduced, this person said. Ideas under consideration included eliminating Mr. Mulally's salary untl the company returns to profitability, or replacing his salary with more stock options, this person said. The CEO has earned close to $50 million in total compensation since taking the helm of Ford in 2006. 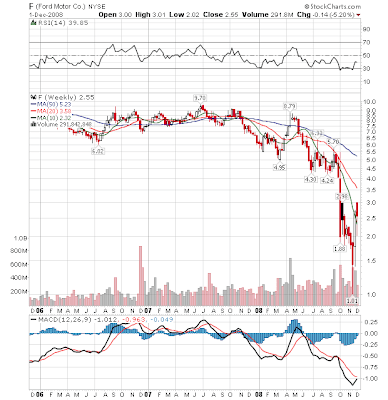 Clearly this guy is worth every penny.
Posted by Unknown at 9:30:00 AM