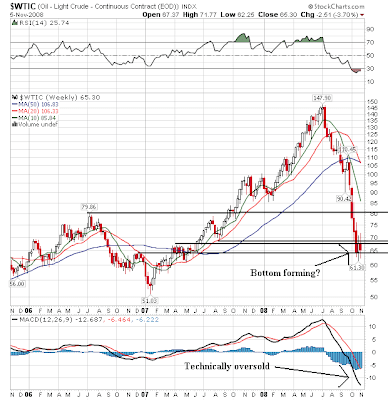 Notice the following on the weekly chart:

-- Prices have dropped nearly 60% since the market top near $1450/bbl. In addition, this drop occurred over a four month period. That's not an orderly drop; that's a collapse in prices.

Bottom line: this is a bearish chart. However, I would expect a bear market rally fairly soon based on the massive sell-off in the last three months and the technically oversold reading on the MACD 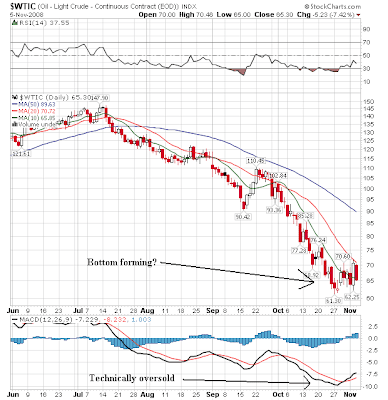 Notice the following on the daily chart:

-- Prices have been dropping for four months

Bottom line: this is a bearish chart, but it appears the market may be heading for a bear market rally. The market has consolidated over the last week or so, the MACD has bottomed and is rising and the RSI has already started to move higher. In addition, the weekly chart is also in a good position to make a bear market rally.
Posted by Unknown at 6:28:00 AM