Why Further Rate Cuts Will Only Hurt In the Long Term

Crude-oil futures rose past $93 a barrel for the first time on Monday, getting a lift as bad weather forced a halt to production in Mexico. Oil futures were also boosted by a weak dollar, which touched the lowest level against the euro in eight years.

The dollar dropped to $1.4438 per euro in early Monday morning, the weakest since the introduction of the 13-nation common currency in 1999. A weak dollar will increase the appeal of oil as an alternative investment.

Analysts said the dollar may continue to trade near its all-time low versus the euro as markets gear up for the interest rate decision Wednesday by the Federal Open Market Committee. The central bankers are expected to reduce rates to 4.50% from the current 4.75%, while some say it's possible the rate could be cut to 4.25%.

Lower rates by the Fed tend to hurt the greenback by lowering its appeal to investors looking for higher returns.

As we approach another possible rate cut, it's important to look at what that might actually do to inflation. One of the Fed's basic problems is most major commodities are priced in dollars. If the dollar is dropping in value this is a de factor price increase in most commodities. Additionally, as noted above, a weaker dollar encourages traders to bid up commodity prices as an inflation hedge.

First of all, the dollar is dropping. This drop in the dollar is partially related to the increase in oil. 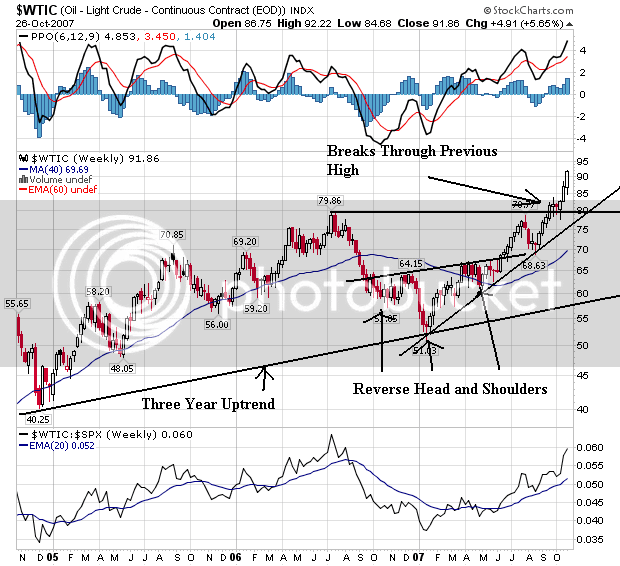 In addition, gold is increasing indicating traders are looking for an inflation hedge. 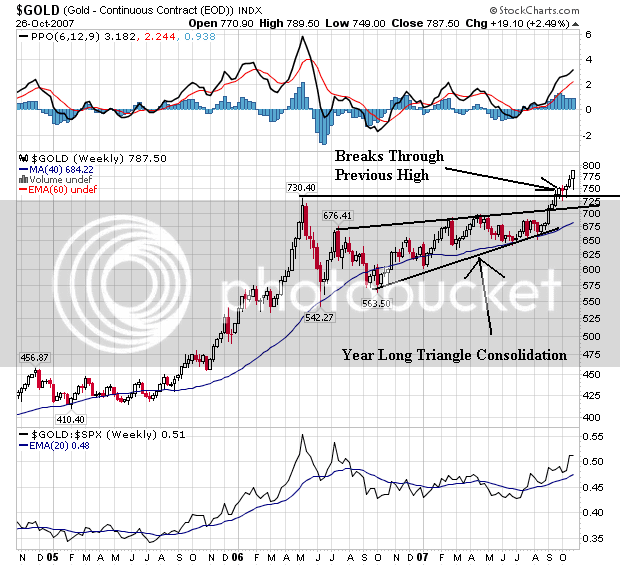 What makes this incredibly ironic is the Fed only looks at core inflation (this despite the clear indication that commodity prices are increasing in a year over year basis). So if the Fed lowers rates again they will further weaken the dollar. This will encourage traders to bid up the price of commodities priced in dollars which will add to commodity inflation. But this won't really count because the Fed only looks at core inflation.

This would be really funny ..... if it weren't something that would really hurt a lot of people.
Posted by Unknown at 12:57:00 PM